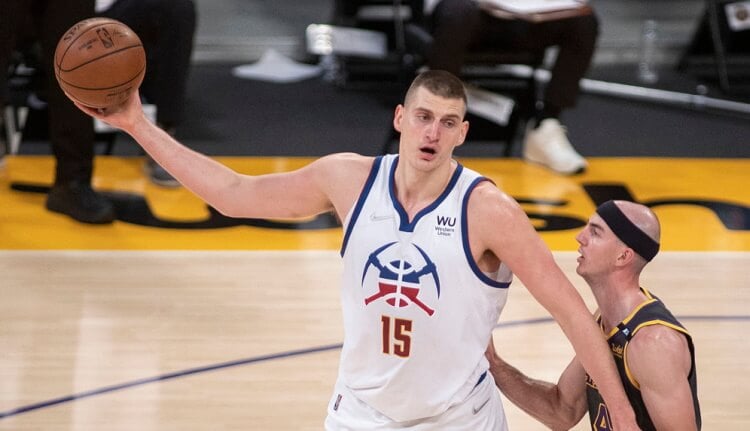 I know it’s the NFL playoffs, but we’re on a nice little mini-run here. Let’s try and keep it going with an all-day, seven-game, NBA slate on tap. With prop bets, we don’t need to wait for season-long storylines to play out. Every day is a new day. Fantrax wants to help you win a bit of money, so we will be giving you NBA Player Prop Bets every week. We’ll shy away from keying in on any particular sportsbook, as we know odds vary, and so do props. We’ll focus on our projections, and allow you to find your best odds. Let’s get into today’s props.

The Mavs are taking on the Clippers today, and let’s be honest. We never know when we will/won’t see Paul George. We never know when we will/won’t see Kawhi Leonard. The only thing I know is that I watched a full-strength Clippers team take on the Spurs and struggle mightily. Yes, they won, but they allowed a Spurs team that is ranked 26th in offense, to score 131 points on them. And I’m supposed to believe this is a top-10 defense? I know we’re talking about humans here, not robots, so they won’t always live up to their averages and stats, but something is up. Let’s take advantage of it. Wood has scored 21+ points in six of his last 8 games. I’d take this bet for up to -150, but no higher.

You could make an argument Jokic is the best player in the league today. I wouldn’t make that argument, but I could. His accolades and stats speak to it. As much as I love the Thunder this year (Jokic’s opponent tonight), and what they are building, their frontcourt is a weak spot. On both ends of the court. But that’s almost irrelevant. There’s not a defense in the league that could stop Jokic. The fact of the matter is that Jokic has recorded a triple-double in five of his last six games. That’s absurd. Those are 2017-2019 Russell Westbrook numbers! In my eyes, the only way this doesn’t hit is if the Nuggets blow out the Thunder and Jokic plays under 30 minutes. That’s definitely possible, but I don’t think it’s likely. Find -100 odds or better for a Jokic triple-double and smash it.

The Warriors play the Nets tonight, and I truly can’t wait. I wish KD was playing, but you have to appreciate the reality you’re currently living in. Not the one in your head. The reality of the matter is that the Warriors just rested all of their best players to keep them fresh for this game. They sport the fastest pace in the league and that’s going to be the driving thesis for Kyrie’s OVER tonight. The Warriors aren’t playing the same defense they did last year, and rank 13th in the league. Just above league average. Kyrie Irving playing fast-paced, vs. an average defense, while being the only superstar on his team is a recipe for buckets. He’s scored 30+ in two of his last three games. I like that trend to continue tonight. They’ll need every bit of it if they want to win.