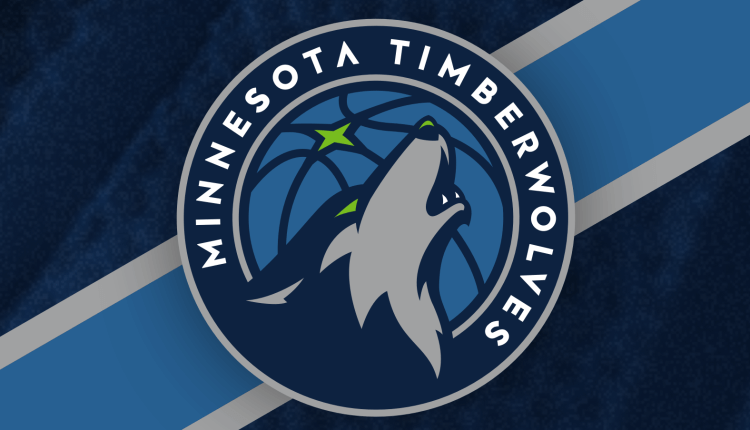 After a solid season that saw a promising Minnesota Timberwolves team secure the seventh seed in the west a year ago, they made a big splash in the offseason by selling out to acquire Rudy Gobert from the Utah Jazz. It is clear that Minnesota is going for it all this year, which likely means heavier minutes and more consistent production from those players in fantasy. The Timberwolves have a handful of players who will be major fantasy contributors this season, and their playstyles seem to blend very nicely together, at least on paper. As a result, there should be plenty of stats to go around, and the incoming presence of Gobert should in no way detract from the fantasy value of any of their returning stars.

After breaking out with the Brooklyn Nets a few years ago, D’Angelo Russell has not been the center of attention on a Timberwolves team that has been headlined by Towns and Edwards. That hasn’t stopped him from being productive however, as Russell has quietly turned into one of the league’s most underrated players, averaging 18.1 points and 7.1 assists last season with a lot of threes and a healthy amount of steals for good measure. Still just 26 years old, despite entering his eighth year in the league, Russell has the surrounding pieces to potentially have an even better year, and he could legitimately contend for the league title in assists. Running the point on a team with this many weapons, Russell should have no trouble providing value based on where he’s currently being drafted in fantasy leagues.

While Russell has not drawn a ton of media attention, Anthony Edwards certainly has, for better or worse. Aside from negatively showing up as a media headline for his inappropriate language, Edwards has also garnered a lot of hype as someone who is ready to take the leap into stardom this year. After a strong sophomore campaign that saw him put up 21.3 points per game, the 21-year-old looks poised to post career bests across the board as he looks to help lead his team deep into the postseason for the first time in a long time. He is not coming cheap on draft day, but the sky is the limit for Edwards, and the hefty price could very well be worth it.

Jaden McDaniels, while very important to the success of the Timberwolves, is probably the one player in this starting lineup who will not have a significant impact for fantasy purposes. He is very much a guy whose value is much higher for his actual team than it will be for your fantasy team. That said, he can still provide late round value as someone who can capitalize on the specialist categories, providing a healthy number of threes, steals, and blocks for a cheap price on draft day.

After posting a top five statistical season in the NBA last year, Karl-Anthony Towns should once again have another terrific year, but there are certainly some concerns regarding his ability to duplicate last season’s numbers. First and foremost, Towns has reportedly lost 17 pounds from a recent illness that hospitalized him. Although reports are positive that he will be ready in time for the team’s first regular season game, he will likely need some time to build back his strength and get back into a rhythm. There is also the matter of primarily playing the four now, with Rudy Gobert taking over the starting center spot. While this likely won’t have too much of an impact on his production, an adjustment period can be expected, and his overall rebounding and block numbers could go down with Gobert patrolling the paint. Towns will still have a great fantasy season, but there is more risk here than with most other first round picks.

Rudy Gobert is one of the most consistent players in the NBA, and his stats will be there so long as he is on the court. Primarily valued for his rebounding, blocks, and field goal percentage, these are all stats that the big man can continue to put up regardless of his role within a new offense. On top of that, reports are nothing but positive on the two-man game between him and Russell, which could lead to Gobert actually having one of the best offensive seasons of his career. This would be a stark contrast to the all but nonexistent two-man game between him and Donovan Mitchell in Utah, in which Mitchell passed (not assisted, but passed) the ball to Gobert less than twice per game. All in all, Gobert is in a great spot to succeed this season, and could definitely provide a terrific return on investment in fantasy drafts.

The one thing the Timberwolves do not have is a great bench. They have some decent scoring threats off the bench, but none who will likely play enough to provide solid value in all but the deepest of fantasy leagues. The one name that sticks out is Kyle Anderson. Anderson has proven to carry fantasy value in the past, as he is someone who can run the offense as a point forward and fill up every category on the stat sheet. Minutes will be a question mark until we get a better feel for the team’s rotations, but he seems to have the best chance of carrying consistent fantasy value off the bench for this team.

D’Angelo Russell is barely being drafted inside the top 75 overall, but he has a legitimate shot to produce top 50 value with all of the weapons he has around him. The 7.1 assists he posted last season can realistically be viewed as his floor this year, while he should be able to get some easier looks for himself with defenses having to prioritize Edwards, Towns, Gobert, and a plethora of shooters off the bench.

Karl-Anthony Towns will undoubtedly have another fantastic season for the Wolves, but his first-round price tag is a bit heavy, being that he is already behind the ball due to the worrisome illness he was dealing with. Not only did he miss out on the time the rest of the league uses to find their rhythm and get their conditioning up to speed, but he was especially in need of those practice reps, now that he is the team’s starting power forward and trying to build chemistry with his fellow big man Rudy Gobert. On top of that, Edwards could very well eclipse him as the leading scorer on the team, so his scoring, rebounding, and blocks could realistically all see a dip due to his environment. Again, he won’t have a bad year, but expecting first-round value again seems like a stretch under the circumstances.