2022 Fantasy Football: Who is This Year’s Mark Andrews? 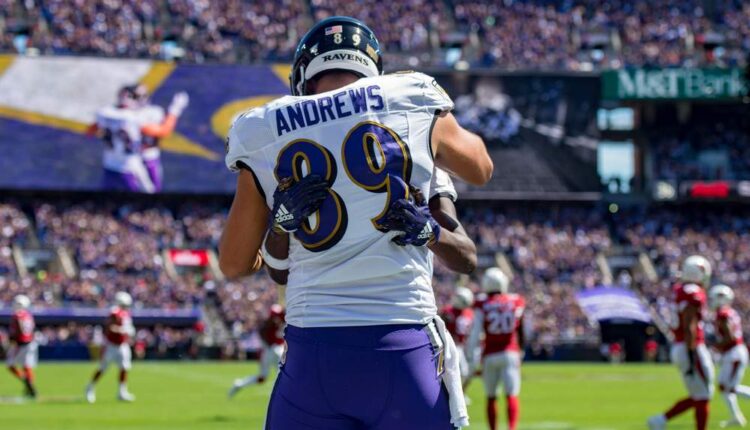 A lot of variables factor into fantasy success, but it’s interesting to note players with similar career paths. Perhaps there is no mid-round tight end who’ll become a league-winner like Mark Andrews did last season, but if there is, maybe we can figure out who it will be by examining the player’s story and production thus far. Here’s the tight end who might replicate Andrews’s 2021 career year in 2022.

Who is This Year’s Mark Andrews?

Mark Andrews has consistently finished as a top-5 fantasy tight end in PPR points per game (PPG) since 2019. In fact, he’d been the top target on his team averaging a 26 percent target share over the last three seasons, and Andrews had ranked top-5 in both target share as well as yards per route run (YPRR) over that span. However, it wasn’t until 2021 that he was able to log a fantasy finish as the overall no. 1 tight end in fantasy. Last season, injuries to the offensive line, defense, and both starting running backs forced the Ravens to field a much more pass-heavy offense than in years past.

This change in Baltimore’s pass rate led to an almost inconceivable 74 percent increase in targets from 2020 for Andrews, which resulted in an increase from 6.3 targets per game in 2020 to 9.0 targets per game in 2021. Consequently, Andrews’s PPR PPG jumped from 12.6 in 2020 to 17.8 last year due to the increase in target volume. The talent has always been there for Andrews, but it took a season of over 150 targets to truly unlock his fantasy potential.

Likewise, George Kittle has been a consistent top-5 fantasy tight end in PPR PPG over the last few years. Similar to Andrews, Kittle has averaged a 25 percent target share since becoming a full-time starter in 2018, and like Andrews, he’s also ranked top-5 among tight ends in both target share as well as YPRR over the last three years. However, Kittle has also suffered from lack of target volume on a traditionally run-heavy 49ers offense. He saw a career-high of 8.5 targets per game back in 2018, and he hasn’t seen more than 7.9 targets per game in any season since.