2022 Fantasy Football: Who is This Year’s Cooper Kupp? 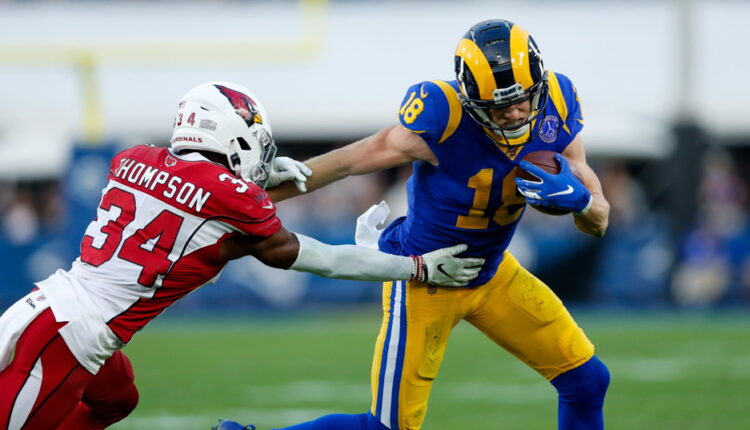 A lot of variables factor into fantasy success, but it’s interesting to note players with similar career paths. Perhaps there is no wide receiver who’ll rocket into fantasy super stardom in 2022 like Cooper Kupp did last season, but if there is, maybe we can figure out who it will be by examining the player’s story and production thus far. Here’s the wide receiver who might replicate Kupp’s meteoric rise last year in 2022.

Who is This Year’s Cooper Kupp?

Last preseason, Cooper Kupp was consistently being drafted in the fourth round alongside teammate Robert Woods, but no one could’ve imagined that he’d record 16 touchdowns and nearly 2,000 receiving yards. In 2017, Kupp flashed as a rookie, logging close to 900 yards despite starting just six games and ranking 15th in yards per route run (YPRR), and he had a strong start to the 2018 season, ranking 17th in YPRR prior to tearing his ACL. After the injury, Kupp’s receiving efficiency dropped quite a bit in 2019 and 2020 post-injury and as Jared Goff‘s passing efficiency declined. Even so, Kupp went on to log his first 1,000 yard receiving season in 2019 and led the Rams in receiving yards that year.

In 2021, Los Angeles upgraded at quarterback in a big way by trading for Matthew Stafford, who quickly developed a strong rapport with Kupp. Unbeknownst to most at the time, Stafford and Kupp ate breakfast together most days and discussed plays, establishing chemistry even when not on the field. On top of that, Kupp would later describe in-season all the extra time that he and Stafford spent together outside of team practices to build a bond and be in sync on the field. Kupp’s natural talent in conjunction with an upgrade at quarterback and subsequent rapport with said quarterback led to one of the greatest wide receiver seasons in recent memory. That resulted in Kupp being the clear top player in all of fantasy last year, outscoring the no. 2 fantasy receiver of 2021, Davante Adams, by 4.5 PPR points per game (PPG), and becoming a league winner from his discounted fourth-round ADP in the preseason.

Andrew Erickson’s recent article got me thinking, and upon further research, I couldn’t agree more that Courtland Sutton is the best wide receiver candidate for a massive mid-career breakout like the one we saw from Kupp last year. Sutton has had a similar career trajectory to Kupp’s early career thus far. He flashed as a rookie, amassing over 700 yards in just nine starts in 2018. Then in 2019, Sutton logged his first 1,000 yard receiving season and ranked 12th in YPRR even with sub-par quarterback play from a combination of Joe Flacco and Drew Lock. After an ACL tear robbed him of his 2020 season, Sutton disappointed last year still recovering from the ACL injury and also struggling with inadequate quarterback play from Lock and Teddy Bridgewater. Sutton ranked eighth in air yards last year, but his 892 unrealized air yards due to off-target passes was fifth-most among wide receivers.

Now in 2022, Sutton will see a major quarterback upgrade after the Broncos traded for Russell Wilson, and it’s not too far-fetched to expect him to return to his 2019 form now two years removed from the ACL tear. And while Sutton has exceled on short and intermediate routes, he’s thrived on downfield passes and has been heavily utilized on such routes. Wilson’s presence bodes well in this regard, as he led the league in intended air yards (IAY) per pass attempt and ranked as the eighth-best deep passer in 2021. The final piece is the budding relationship between Sutton and Wilson. The two have shared frequent FaceTime video calls since Wilson’s trade to Denver, and while the pair hasn’t yet been seen having breakfast together, there could be an added bond built upon shared faith. Regardless as to why, there were reports from the Broncos’ OTAs that “Sutton looks like the favorite target for Wilson as the offseason workouts continue”. If the two continue to build rapport during training camp and the preseason, it’s within the realm of possibility that Sutton could be the next fourth-round wide receiver to become a fantasy league winner in 2022 like Kupp was in 2021.

Note: Wilson completed 60 percent of his deep passes to slot targets last season, so Jerry Jeudy shouldn’t be discounted as a potential breakout candidate either in 2022. The primary concerns thus far are a lack of rapport early on with Wilson after Jeudy missed most of OTAs with a groin injury and uncertain snap share in two-wide receiver sets.