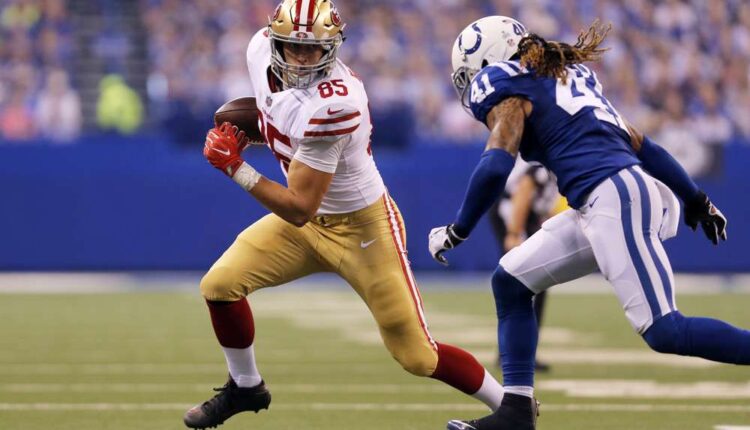 As we head into Week 11, bye weeks and injuries are hitting the already-shallow tight end position hard. Evan Engram, Mike Gesicki, Will Dissly, Noah Fant, and Cameron Brate are all out on byes. There are also some significant injuries that need to be addressed before we dive into the Week 11 tight end rankings.

The big news on the injury front concerns Zach Ertz. The Arizona tight end suffered a season-ending knee injury in Week 10. This is terrible news as Ertz was in the middle of a fantastic season. He was the second-most targeted tight end behind Travis Kelce through 10 weeks, and the TE3 in half-PPR scoring. Rookie Trey McBride should take over as the team’s primary tight end. McBride won’t automatically absorb Ertz’s targets, but he does offer some upside if you’re looking for a replacement.

In another tough blow, Dallas Goedert will miss extended time after suffering a shoulder injury in Monday night’s game. Goedert’s 544 receiving yards were second-most on the Eagles behind A.J. Brown, and he was the TE5 on the season. Jack Stoll and Grant Calcaterra should see more playing time, but will likely not have much of an impact moving forward.

In Baltimore, Mark Andrews has a good shot at returning this week. He’s had two weeks to heal up from a knee and shoulder injury. However, if he misses more time, Isaiah Likely would again be the lead tight end. Gerald Everett is day-to-day with a groin injury and it’s unclear if he’ll play in Week 11. If he misses time, Tre’ McKitty would step in. In Cleveland, David Njoku could return this week after suffering a high-ankle sprain in Week 7. Harrison Bryant would continue to fill in if he can’t suit up. As always, be sure to monitor the injury reports throughout the week and adjust your lineups accordingly. Good luck in Week 11!

Note:  Ranks are based on half-PPR scoring