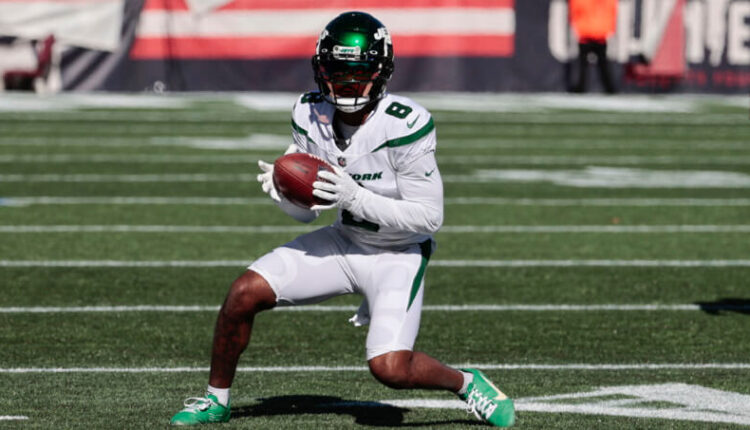 With week 1 of the NFL just a few hours away, it’s safe to say that you’ve already drafted your many fantasy teams. The question now becomes, which of your players should be in your starting lineup, and who should be on the bench? Fear not readers for I’m here to help you make the correct decisions as to who to start or sit for Week 1. Before I begin I’m going to preface this with, if you drafted someone in the first three rounds, don’t even think about it and start them no matter the matchup. Which means you’ll never see my write start Cooper Kupp and Jonathan Taylor as this should be a given. Fringe players on your roster that aren’t always a week to week start will be my focus here.

If you’re reading this and you have Russell Wilson on your team, please make sure he’s in your starting lineup. Whether it’s a single QB league or a super-flex league it doesn’t matter. Part of this selection has to do with Russell Wilson playing against his former team the Seattle Seahawks. Long gone are the days of the Legion of Boom. This Seahawks defense is a shell of its former self as they gave up 4513 passing yards last season, which ranks second to last. Russell Wilson is finally on a team that will let him cook, and he will serve his former team a five course meal this weekend.

Travis Etienne is in an interesting spot this week. This will be his first NFL  game and I think he will come out and smash fantasy wise. He’ll get to play with his former college teammate Trevor Lawrence who did a lot of check down passes last season. I’m sure with the news that James Robinson has been cleared to play week 1, a lot of people were debating whether to start or sit Travis Etienne this week. However, the Jaguars are in no rush to thrust James Robinson into a heavy workload. They’ll most likely want to ease him into things. Which then allows Etienne to have a few explosive plays against this exploitable Washington Commanders defense.

To me this is a no-brainer, Elijah Moore should absolutely be in your starting lineup this week. Last season the Ravens defense allowed a total of 4,472 passing yards, a league worst. With Elijah Moore being the clear-cut top receiver he will surely have a busy day against this Ravens defense. Elijah Moore has shown that he doesn’t need his starting quarterback to have a great game as shown last season when Another fun fact that might play into an elevated performance by Elijah Moore is that Joe Flacco might be out to get revenge on his former team. Last season when Joe Flacco started Elijah Moore finished the game with eight catches, 141 yards, and a touchdown. While he may not match those numbers, there is a very good chance he breaks 100 yards.

Outside of the top five tight ends, Dallas Goedert is a clear-cut start for Week 1. Dallas Goedert a reliable security blanket for Jalen Hurts last season. While the addition of A.J. Brown may cut into some of his targets, one thing that has me confident for Dallas Goedert this week is the matchup. The Eagles will be playing the Lions, and the Lions allowed the second most yards to tight ends with 1,127 yards. I fully expect the Eagles to take advantage of the Lions’ weakness, which should allow Dallas Goedert to have a great game.

I like many others feel like Justin Fields was set up for failure last year by Matt Nagy, and feel that he can show this year that he can be a good quarterback. However, this won’t be the game to test that out on. The San Francisco 49ers have one of the best defenses in the league. Couple that with the fact that the Bears have one of the worst offensive lines in the league, which means Justin Fields will be running for his life in this game. There will be plenty of opportunities later in the season to start Justin Fields, but for now keep him on your sit him if you have him.

The no-fun police have arrived to put an end to the Dameon Pierce hype. Don’t get me wrong I loved Dameon Pierce early in the offseason before his price got steamed up in fantasy drafts during the preseason. This is just not a good matchup for the rookie. The Colts were one of the better teams against the run allowing only 1,305 rushing yards by running backs last season. Not only that the Colts are just a much better team than the Texans. So I fully expect the Colts to get a sizeable lead and the Texans then bring in Rex Burkhead as they now need to pass the ball more to catch up. Unless you spent too much draft capital on Dameon Pierce and don’t have any better options to start at running back, you should sit Dameon Pierce.

Amari Cooper has shown over the years that he is a very good football player. However, he finds himself on a new team that has Jacoby Brissett starting at quarterback for the time being. We’ve seen what Jacoby Brissett can do as a starting quarterback and one of the things he does not do is elevate the guys around him. They are playing an underrated Panthers defense that limited receivers to only 2,331 receiving yards last season. Even with the very real possibility of the Browns getting behind early, I don’t have faith in Jacoby Brissett to be able to make the most out of Amari Cooper against this Panther defense.

When deciding who to start or sit for tight ends this week Mike Gesicki was probably the easiest sit for me to decide on. The Dolphins are playing against a New England Patriots defense that were the best in the league last season at guarding tight ends. Not only that but, he has to compete with Tyreek Hill, Jaylen Waddle, and Chase Edmonds for targets. Competing against both the Patriots and his teammates makes Mike Gesicki a clear-cut sit for me this week.

Fantrax was one of the fastest-growing fantasy sites over the last few years, and we’re not stopping now. We are the most customizable, easy-to-use, and feature-rich platform in the industry, offering the greatest fantasy experience for your dynasty, keeper, redraft, and best ball leagues. Fantasy sports doesn’t sleep, and neither does Fantrax, with seasons running 365 days a year. Take your fantasy leagues to the next level now at Fantrax.com!
2022 Start and Sit
Share