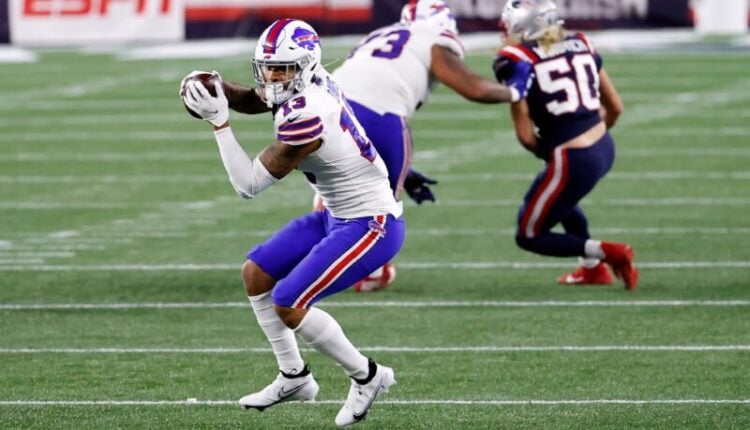 Whether your league uses a randomizer or draws names out of a hat, waiting to hear the draft order can be a nerve-racking experience. Especially if it takes longer than expected to hear your name. What happens when you’re the last name to be called? Drafting at the turn can seem intimidating at first, but with these insights, you may come to prefer it. For starters, your league members basically do all of the hard decision-making for you. By the 10th or 12th pick (depending on how many teams are in your league) long gone is the decision between CMC or King Henry. By that point, you can even forget about Cooper Kupp or Justin Jefferson. While these elite options may be gone, the values stand out even more. It’s a good feeling to have a player fall to you that you weren’t expecting to be available.

Drafting at the Turn and Winning

There are a few things to consider when drafting at the turn. First, in respect to a player’s ADP, you may have to reach a little. I hate to break it to you, but that guy that you’re hoping comes back to you in the next round likely won’t be there. If you really want that player you’ll have to take him sooner than he’s projected to be drafted. Your league mates may have a good laugh at your expense, but at the end of the day, you’ll have your guy. You do not want to spend the entire draft getting sniped one pick before your turn.

When you’re drafting at the turn there aren’t many stacks that make a whole lot of sense picking back-to-back. Perhaps you could get lucky and land a Mark Andrews/Lamar stack in the third and fourth rounds. But that is still a stretch. So if you want to stack you’ll have to be more strategic about it. This likely means settling for less popular stacks. So instead of a Josh Allen/Stefon Diggs pairing, it’s more realistic to target an Allen/Gabriel Davis Stack.

The same goes for Patrick Mahomes. Kelce’s ADP is too expensive to realistically expect to land that stack. But KC has a host of other options to pair with the young signal caller. Newly acquired WR JuJu Smith-Schuster fits the bill, as does rookie Skyy Moore. When drafting at the turn, these QB/WR stacks work a lot better when you draft the WR first. A couple of examples would include a Tee Higgins/Joe Burrow stack, or even Davante Adams/Derek Carr.

Drafting at the turn can be difficult for managers who swear by certain draft strategies. Being the last pick and loading up early on one position will almost always leave you with gaping holes. I just did a quick mock draft using an RB-heavy approach, using my first six picks on Mixon, Barkley, Etienne, Hall, Dillon, and Edmonds. A very lovely stable of running backs, but this left Hunter Renfrow as the top WR on the board. I’m not, and nobody else should be okay with having Renfrow as their WR1. I am not suggesting going RB-WR, then TE-QB or anything of that sort. I am merely saying to keep roster balance in mind when selecting players. After your back-to-back selections, it’s a very long wait until your next pick.

I drafted Chase 12th overall because I knew that I could comfortably stack him with Joe Burrow later in the draft. I selected an RB next in Saquon Barkley to set a foundation for a balanced roster. Etienne and Hall were selected next, so I now know that I’ll be leaning away from RBs in the coming picks. I grabbed an elite TE with my fifth pick. I then had to reach a bit (not by much) to get Joe Burrow, who I know would not have been there for me at the back end of round seven. Gabe Davis should be a rock solid WR2 this season, with tremendous upside in the event of a Diggs injury.

At this point I don’t see any difference making WRs, so I went back to RBs and got the last bell-cow left in Rashaad Penny. Cook and Gainwell followed, so I knew I needed to go back to WRs to at least maintain my balance. Julio is being slept on largely due to his age and injury history, but the upside this late in the draft is too profound to ignore so I grabbed him along with promising rookie wideout Jahan Dotson. I like to get a leg up in the Kicker and DST department so I spent the next couple of picks addressing that need. Finally I ended the draft with a player that I can send to my IR spot right away and then pick up an undrafted player with potential.

Drafting at the turn does not have to be a bad thing. All in all, I would call this mock draft a success. If you happen to get hit with the 10th or 12th slot in your league’s draft, remember these tips and you’ll be just fine!