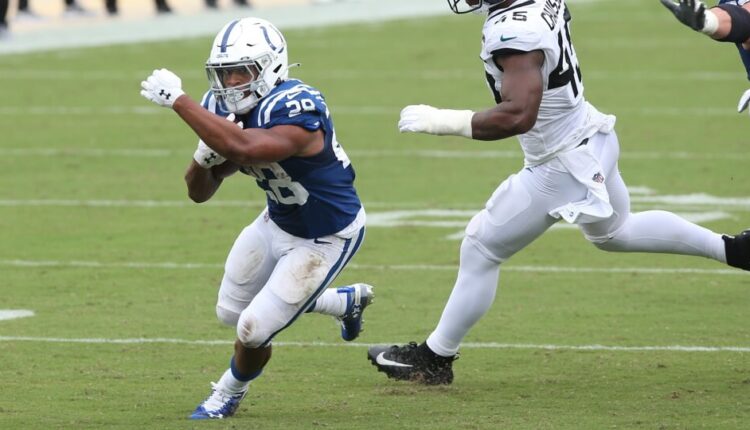 Are running backs still king? Can we count on any running back in 2022 to give us quality production and stay healthy? The increase in the use of backfield committees and the continued evolution of the NFL even toward the pass is certainly giving fantasy football managers reason to ponder these questions. With this in mind, we gathered six of our top analysts to share their thoughts on the running back position and build out our 2022 Consensus Running Back Rankings.

Draft Strategy for the Running Back Position

Before we get to the running back rankings, we thought it would be helpful to introduce you to our analysts and share their thoughts on how to approach the position in your upcoming drafts.

It’s better to have and not need than to need and not have when it comes to running backs in fantasy football. Last season’s injuries to the top-ranked players is proof of that. Some would rather wait to grab their first, and the bulk of, their backs in the middle rounds. I’m still spending one of my first two picks, if not both of them, on running backs that have a chance to finish at the top of the position. Later on, I’ll be securing strong handcuff options, even if not my own, and will walk away with no less than five total running backs. The key to success here is selecting running backs that have a heavy share of their backfield’s carries, catch passes, or ideally, do both.

There is plenty of value to be had later on in drafts, but Saquon Barkley is the best bang for your buck ahead of this fantasy football season. He can currently be had, on average, in the Third Round. With an upgraded offensive line, his ability as a pass catcher, and playing under the best coach he’s had in the NFL, Brian Daboll, I want Saquon wherever I can get him. He’s also two years removed from a 2020 Week 2 ACL tear. I trust Saquon as my RB1 if I use my first two picks on wide receiver. I absolutely love Saquon as my RB2 if I get him in the Third with a running back already on my roster.

This is where I’ll be spending my most expensive draft capital. I tend to look towards the RB position for my first two draft picks. There’s scarcity value for later in the draft, and a large chunk of your fantasy points will come from this position. Also, it allows you to have a clearer picture of who you’ll need to draft in later rounds for depth, as you can easily choose their handcuff in case of injury, so you’re not left scrambling on the waiver wire trying to find 15+ points from a backup.

If you reject this strategy and prefer a best player available type of strategy, then I’d advise looking at Travis Etienne Jr. He’s got an ADP of 46 at present, so you’ll be able to scoop him up around the 4th round. James Robinson is the starter, but he’ll be coming back from his Achilles injury, which means that Etienne is the lead dog, with very little competition. He’s got speed and great hands. He’s also no stranger to Trevor Lawrence as they played together in college. There’s a reason he was a 1st round draft pick in the NFL Draft two years ago. Don’t let his preseason injury last year scare you away.

Running backs are the most crucial position to have depth in. Yes, some people will run the zero running back strategy, but that is a high risk/high reward. Tons of value running backs fall down the draft board, but if you can snag Austin Ekeler, Joe Mixon or Najee Harris in the middle to the late first round, I would rather have them than a top wide receiver. It is smartest to go running back with back-to-back picks because the wide receiver position has way more depth than running backs. A workhorse running back is going to get way more touches than a number one receiver.

This season, I love Breece Hall as a value pick who has a high upside. Hall looks to be the workhorse for the Jets and could be this year’s Harris in terms of breakout rookie running backs. Other safe picks that will go in the third or fourth rounds are Cam Akers, Damien Harris and Travis Etienne Jr.

The position that always seems to start off the season with a lack of depth, RB more often than not is filled with an endless supply of opportunists who become viable because of injuries. 2022 is no different. I believe RB is the position where you are best served selecting 2 starters in the first 3 rounds, but you could actually skip a RB in round 1 and still meet your points quota. James Conner of the Cardinals is an excellent example of a guy you can draft in round 3 and end up with one of the top 5 RBs for 2022.

My thought process for taking a RB has to do with league format, scoring system, and the number of teams. The bigger the league, the more quickly I will snag a RB. The depth is strong at RB, but secure playing time is not. If you refuse to strike early or you’re one of those zero RB people (I still find that term misleading by the way), may I recommend the services of Damien Harris or Miles Sanders. There is competition in-house for both, but if it all breaks right these two are capable of monster stat outputs.

Running backs are the most important position to have depth at in 1QB formats, and finding the breakout candidates who see workhorse usage is key. Talent matters and can lead to more opportunities, but volume is necessary for a running back to be a consistent fantasy producer. In PPR scoring, pass-catching backs should be prioritized over the early-down grinders, with a few exceptions made for rushers who also see heavy goal-line usage like Damien Harris last year. And while elite handcuffs like Tony Pollard and Alexander Mattison are popular picks in the later rounds, don’t forget about other no. 2 running backs who have weekly flex potential along with high upside in case of injury to the backs ahead of them.

One such back who’s still way undervalued right now is Darrel Williams. Some are assuming that James Conner will maintain his workhorse role from the back half of last season, but the more likely outcome is that Arizona will use Williams (or maybe Eno Benjamin) in that Chase Edmonds role from 2021. By the way, Edmonds was outscoring Conner early last year prior to injury due to more receiving usage despite Conner’s touchdowns. Speaking of Edmonds, he’s also a steal at current ADP. Now in Miami, he’s the lead back for Mike McDaniel, who’s bringing Kyle Shanahan’s efficient zone run scheme to town, and the Dolphins have made upgrades to their offensive line from last season.

Running back is my favorite position to draft for. Depth in your running back room is a must because if you wait too long you’ll end up with a rotation piece instead of the main ball carrier. Another reason to stock up early is you are almost guaranteed to suffer some injuries with your running backs and you’ll want your replacement to have a small gap in production. One particular strategy I use to cover my team if I draft a somewhat injury-prone back is drafting his backup. For instance last year I drafted Dalvin Cook early and in the later rounds I made it a point to draft his backup Alexander Mattison to ensure I would get at least a ballpark of production that I’d expect from Cook.

The running back I think brings the most value this year is the Chubb/Hunt combo. With a shaky QB situation, I expect them to depend on the ground game a lot this season. Another value tandem is the Green Bay running back room. Aaron Jones and A.J Dillon are sure to see an uptick in production with Rodgers having limited options outside.

If you enjoy our running back rankings, please also check out our Consensus QB Rankings and the full 2022 FantraxHQ Fantasy Football Draft Kit