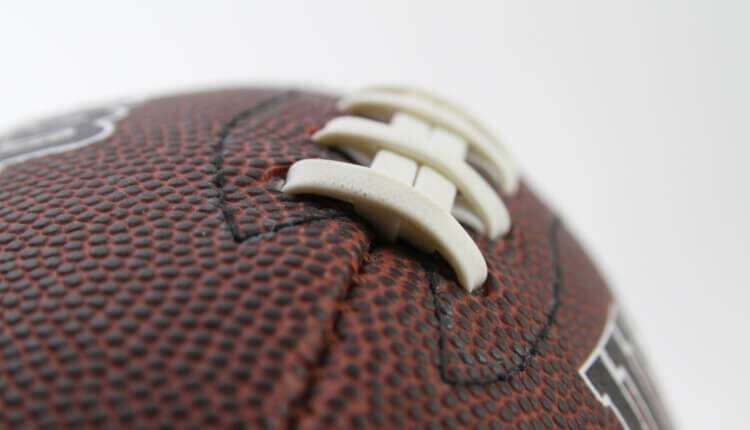 I’m going to come right out and say that best ball is my favorite form of fantasy football.  With best ball the strategy needed to draft a winning team is completely different from that of your regular redraft league. This is because of the simple fact that there is no waiver wire in best ball. You just draft your team and your highest-scoring players at the designated positions are your starters for the week. Now that you have a general idea of how best ball works, let’s jump into breaking down best ball strategy.

I feel like this goes without saying but you should absolutely be stacking in best ball. For those that don’t know what stacking is, an example would be if you drafted Justin Jefferson and then later on draft Kirk Cousins. The strategy behind stacking is that if Justin Jefferson were to have a big game his quarterback Kirk Cousins would also have a good game as he’s the one throwing him the ball. Meaning now you get points from Justin Jefferson’s receiving touchdowns, and Kirk Cousin’s passing touchdowns. Stacking is probably one of the most well known and easy to execute strategies when it comes to succeeding in best ball.

The next best ball strategy I’ll go over is the importance of not reaching for stacks. Reaching on your stacks well ahead of ADP does nothing but weaken your overall team. Something to keep in mind when it comes to stacking is that lets say you draft both Jamar Chase and Tee Higgins early in your draft naturally you’re going to want to draft Joe Burrow. The last thing you want to do is reach on Joe Burrow a round or two ahead of ADP because you are now wasting draft capital on a player that you would have been able to get at a much better value. Something to keep in mind is that if you already have both top Bengals pass catchers, the rest of the field is less likely to draft Joe Burrow as they don’t have either of his top two pass catchers.

This is one of the other ways that best ball strategy differs greatly from that of a redraft league and that is don’t draft your running back’s handcuff. When you draft a running back early on you should expect to get 17 weeks of production out of that guy (not including bye week). Let’s say you draft Derrick Henry in the first round, if you then draft Hassan Haskins later on in the draft one of two things will most likely happen.

Number one is that Derrick Henry plays the full season and you wasted a valuable roster spot on a backup that will never get you any meaningful point. Or number 2 Derrick Henry is forced to miss time and now you have his backup, but odds are that backup won’t get you the same production that you are now missing from your top running back. Remember with best ball you don’t have access to waiver wires so every pick counts. You want to use each pick to maximize the number of points you can get from each player to give you the best chance to win, and not draft to not finish last.

While this strategy can be applied to any form of fantasy drafting, I feel this is particularly important in best ball. The reason for this is that, again, you don’t have access to waivers when the draft is over. So let’s say you’re in a draft room where most of the drafters are taking wide receivers early, you’re natural reaction might be to take the running backs since they are falling behind in ADP. That might not be the best thing for you to do as now you have all these running backs but remember in most formats you can only start three max.

This will leave you scraping the bottom of the barrel when it comes to receivers and your team will be lacking the receiver firepower needed to make a splash in your league. It is not always best to zig when everyone else is zagging, especially if it means you will be weak at important positions.

Being flexible sort of goes hand in hand with reading your draft room. While it isn’t necessarily a best ball strategy, it is something that you’ll need to do if you want a chance to win. Going into a draft focused solely on drafting only particular players or only drafting using a particular roster construction will most likely cause issues for you. There may be times when a certain player falls well below his ADP, but he doesn’t fit into your preferred roster construction. You would be doing yourself no favors by being such a rigid drafter that you refuse to deviate from your initial plan to scoop up some nice value. Having a strategy going into a draft is great, but be sure to not have it be the end all be all while you’re drafting.

This controversial best ball strategy is meant for best ball leagues with a playoff format as opposed to a cumulative point total league. When you are in a best ball league that has a playoff format you should always have the Week 17 matchups in the back of your mind. The reason for this because, if you are playing to win then drafting players that play against each other in week 17 is one less thing you have to get right.

For example, let’s say you draft Travis Kelce, it would be in your best interest to draft a player from the Broncos like Jerry Jeudy. If Travis Kelce has a monster game against the Broncos then you can assume that the Broncos are going to be playing hard to stay in the game and ideally Jerry Jeudy is the Bronco player that is on the receiving end of that production. Don’t let Week 17 correlation dictate your entire draft, but you should at least be considering the matchups while you’re drafting. Especially since week 17 is where you make all the money for your hard work all season.