2022 Fantasy: 3 Late Round Quarterbacks You Can Rely On 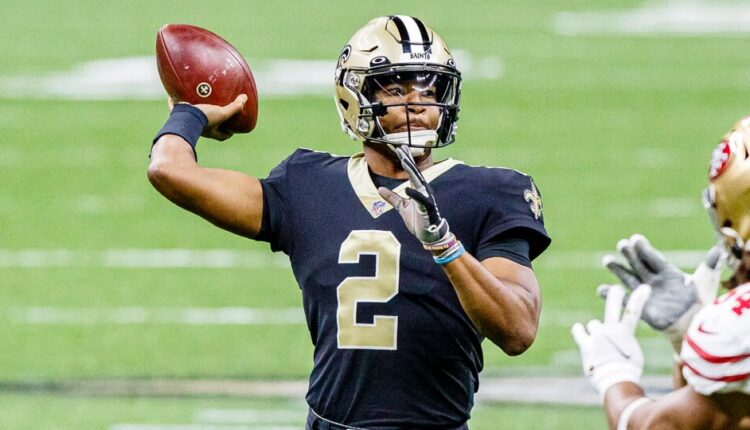 Taking Quarterbacks in the later rounds of your fantasy football draft is a tried and true strategy that has won many people championships. Drafting late-round QBs allows you to fill your roster with some RB and WR Depth, while also taking a stab at a solid TE. While this strategy sounds great in theory, it’s actually not that simple. You can very easily miss the boat on competent QBs that will give you the floor needed to support the “super team” you built with your earlier picks. Fortunately looking through the current ADP there are 3 late-round QBs that you can rely on. Also just for clarification when I say late round, I’m referring to players you can get in the double-digit rounds of drafts.

3 Late QBs You Can Rely On

Tua Tagovailoa is the earliest QB you can draft on my list with an ADP of 120, which means you can pick him up in the 10th round of drafts. Last season Tua Tagovailoa finished the fantasy season as the QB26, but he’s currently being drafted as the QB16. The main reason I’m endorsing Tua Tagovailoa as late round QB you can rely on is because he has some stellar playmakers around him. Having guys like Tyreek Hill, Jaylen Waddle, Chase Edmonds, and Mike Gesicki for him to depend on is more than enough reason to have Tua Tagovailoa on this list.

While Tua Tagovailoa might not be the most exciting QB out there, he doesn’t have to do much with this much firepower around him. A top 10 finish probably isn’t in the cards for him, but he can surely average at least 20 PPG this season. Keep in mind that you can very easily pull off a Tua Tagovailoa stack due to the fact that his ADP is well after the other Dolphins starters. So if you end up drafting Tyreek Hill or Jaylen Waddle early on in drafts and are in no rush for a QB, then Tua Tagovailoa should be one of your favorite targets.

The next late-round QB on my list is Jameis Winston. As of right now, Jameis Winston has an ADP of 158, which means you can easily get him in the 13th round of drafts. I feel as though Jameis Winston is getting unfairly punished for how things finished for him last season with an injury. Before that injury, he averaged 17.5 PPG. While not great it’s actually pretty good considering his receiving core. Does anyone know who finished as the Saints’ top receiver last season? No? Well then let me tell you it was Marquez Calloway with 698 yards. I’m sorry but if those are the stats of your top receiver in today’s NFL, then we have a problem.

Fortunately for Jameis Winston, the Saints got a major upgrade to their receiving core. Thanks to free agency the Saints brought Jarvis Landry onboard, and they also selected Chris Olave in the 1st round of the 2022 draft. Also if Michael Thomas is able to get things together and get on the field, then Jameis Winston is looking at a really solid receiving core. Another factor that could help Jameis Winston’s fantasy value at least early on is the looming Alvin Kamara suspension. If Alvin Kamara ends up getting suspended then expect the Saints to rely heavily on the passing game while they wait out Alvin Kamara’s suspension. Which would put Jameis Winston in line to outperform that 13th-round ADP he currently has.

The last late-round QB that I will discuss is Daniel Jones. He currently has an ADP of 191, which means he is going in the 15th-16th rounds of drafts. So you can get Daniel Jones pretty much for free in drafts. This is an absolute make-or-break year for Daniel Jones, with the Giants declining his 5th-year option. The Giants brought in Brian Daboll to try and recapture some of the magic he had in Buffalo with Josh Allen. While Daniel Jones isn’t the talent that Josh Allen is, the hope here is that Daboll can finally unlock the untapped potential of Daniel Jones.

This make-or-break year actually couldn’t have come at a better time for Daniel Jones. Saquon Barkley is completely healthy and he actually has a pretty solid receiving core to throw to in Kadarius Toney, Kenny Golladay, and rookie Wan’Dale Robinson. The offensive line got a much-needed upgrade so Saquon Barkley can actually get some decent holes to run through and Daniel Jones will actually get some time to throw the ball. Also, we all know that Daniel Jones can run the ball himself, which gives him the rushing upside that a lot of the top QBs have. Couple all of that with the easiest schedule for a QB this season and we should finally see Daniel Jones deliver on that 1st-round draft capital used to draft him. If he can’t well then I hope Daniel Jones gets comfortable holding clipboards for the next 10 years.