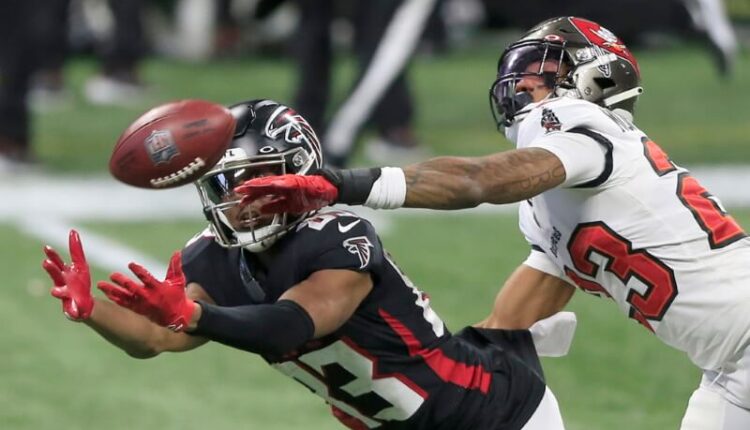 The Falcons selected Drake London with the eighth overall pick of the 2022 NFL Draft as the first wide receiver off the board, but for some reason, there’s little to no hype on London in fantasy. A big-bodied playmaker who can win contested catches and play both outside as well as in the slot, London should immediately step in as Atlanta’s top wide receiver on the depth chart, as his current competition for targets are journeyman veterans in Bryan Edwards, Auden Tate, and Olamide Zaccheaus.

Last year, Atlanta’s pass defense ranked 29th, which contributed to the Falcons’ pass rate being the eighth-highest in the league. Without any significant upgrades on defense this offseason, Atlanta should again be a pass-heavy offense with trailing game scripts in 2022. In 10 games last season with Calvin Ridley out, Russell Gage averaged 7.9 targets per game. Even with Kyle Pitts likely to claim a high target share, London is almost guaranteed to see 100 plus targets, and his ceiling projections could reach close to 150 targets. Perhaps many are worried about Marcus Mariota being an inefficient passer, but London’s projected target volume more than mitigates that concern. He’s currently ranked as the WR25 in my redraft rankings and is a steal if he were to maintain his current ECR of WR42.

Speaking of Atlanta wide receivers, the Buccaneers signed Russell Gage this offseason after having seen him up close in Week 13 of last year, when Gage recorded 11 receptions for 130 yards against Tampa Bay. With Ridley out for most of last season, Gage served as the Falcons’ de facto no. 1 wide receiver and averaged a respectable 5.7 receptions and 68 receiving yards on 7.9 targets per game. In fact, sans Ridley in 2021, Gage ranked 13th among wide receivers in yards per route run and was the fantasy WR14 in PPR points per game (PPG) from Week 9 onward.

In the five games last season when Mike Evans, Chris Godwin, Antonio Brown, and Leonard Fournette were all healthy, all three wide receivers were productive. Over that span, Evans averaged 8.3 targets and 16.2 PPR PPG, Godwin 7.7 targets and 15.5 PPR PPG, and Brown 8.4 targets and 19.1 PPR PPG. Brown is now off the team, and Godwin might not be 100 percent to start the season, leaving high potential target share for Gage in a Tampa Bay offense that led the league in pass rate in 2021. Gage is poised to be a major contributor to start the year with top-15 fantasy wide receiver upside early on, and he should be a viable fantasy WR3 or flex even if and when Godwin is back fully healthy. Gage should not be drafted outside of the top-36 wide receivers in 2022, and my current ranking of WR32, while higher than his ECR of WR49, is still closer to his floor than his ceiling.

Part of the optimism above surrounding Gage is the questionable availability or production of Godwin coming back from his ACL surgery in January. There should be even more concern with Michael Gallup‘s fitness returning from his ACL surgery a month after Godwin’s in February. With Amari Cooper now in Cleveland and Gallup’s availability to start the season in question, Jalen Tolbert should immediately see a Week 1 starting role alongside CeeDee Lamb. Even projecting for heavy target shares for Lamb and Dalton Schultz, Tolbert could average close to double digit targets per game to start the 2022 season in a Dallas offense that ranked 11th in pass rate last year if Gallup isn’t ready or fully healthy by Week 1.

A third-round wide receiver out of South Alabama, Tolbert is a deep threat who averaged 17.5 yards per reception over his final two collegiate seasons. He has the ability to win contested downfield catches outside but could also see some snaps in the slot. Coincidentally, Tolbert could play a very similar role to Gallup when he first joined the Cowboys, having averaged 16.3 yards per reception over his first three seasons in Dallas. It’s baffling that Gallup currently has a far higher ECR ranking of 113th overall as the WR48 when there’s a lot of uncertainty surrounding his early-season production. I have Tolbert ranked as my WR47 above Gallup and very close to where Gallup is currently being ranked by most.