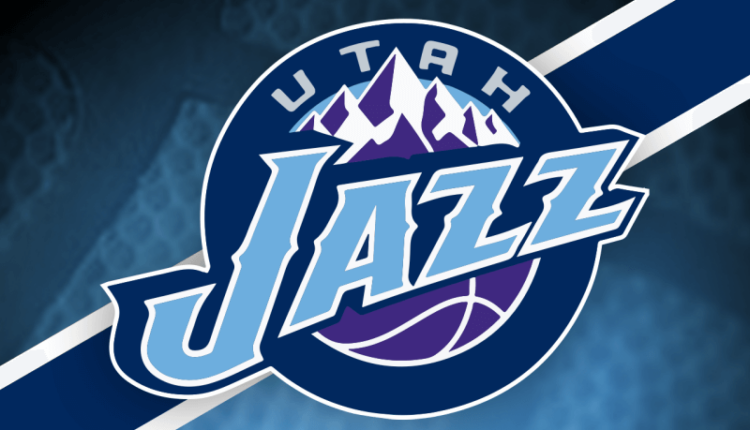 It’s with great hesitation that this Utah Jazz, fantasy basketball preview even exists, there is no telling how long these players on the depth chart will even remain in Salt Lake, at this rate.

Danny Ainge, who had success with the Boston Celtics throughout the 2000s was hired as the CEO for the Jazz in the off-season. Since that time, Ainge has gone full scorched earth with the roster. The former BYU standout shipped out franchise cornerstones, Rudy Gobert and Donavan Mitchell, and most recently sent Bojan Bogdanovic to the motor city.

What’s left is a hodgepodge journeyman and unproven young talent. But what remains true, someone is going to have to score points, accrue assists, and grab rebounds. So while their roster is certainly headed near the Western Conference cellar, there are still interesting fantasy basketball prospects among the 2022-23 Utah Jazz ruins.

In a thin roster, the guard position seems to have the best outlook.  Veteran Mike Conley should see the bulk of ball handling duties, though he may be a prime target for contenders before the deadline. Conley hit 40% of his threes last year, and with him having to shoulder more of the offensive load, his scoring and three-pointer numbers should increase, given he remains in Utah.

Jordan Clarkson came a bit back down to earth after his 6th man of the year campaign in 20-21. The streaky guard will likely have both PG and SG eligibility and with Donavan’s exit should see even more court time. At 31.8% last year, Clarkson shot his worst percentage from three since his rookie season in 14-15. He is a volume scorer but doesn’t offer much beyond that and Clarkson would likely be best served on your roster as a streaming option to catch opponents in points and three-pointers at the end of the week.

If you’re not a fan of an undersized guard with a hollow box score, the Jazz SG options will likely not be for you. As mentioned above Clarkson often provides little beyond scoring, and with that, I give you Collin Sexton… They are the same.

Sexton has only mustered 3.3 assists and 0.8 steals a game for his career. He, like Clarkson, is a streaky volume shooter who rarely scans the floor in a “pass first” mode.

While only Conley seems like the only guard who could be rosterable to start the season, both Sexton and Clarkson should be monitored due to their workload, if they play enough minutes they may be forced to do something other than score.

All this talk about lack of overall production leads me to Malik Beasley… He is also the same. Beasley will shoot somewhere between 35-40% from three and 80 from the charity strike, but alas that is about where the fantasy positives end. With 30 minutes of usage, he could average 20 points a game and 4 threes a game, so while he’s certainly not worth drafting there is optimism surrounding his potential.

If this was being written a year ago the tone taken with Talen Horton-Tucker would look a lot different. There was a time the Lakers wouldn’t include the wing in a package for Kyle Lowry, oh how times have changed. Horton-Tucker still flashes athletic brilliance but shooting 27% from three, being a defensive liability, and a general lack of basketball IQ kept him from seeing meaningful action in LA last year. It would be harsh to call a 21-year-old a reclamation project, but Horton-Tucker will have to prove he can do the little things to stay on the court and produce for Utah. Before fantasy managers can even consider him a pick-up option.

Perhaps a position of the most untapped potential is at power forward. At his best Lauri Markkanen could be a consistent 20-point-a-game scorer shooting 40/50/85.  His rebounding numbers aren’t elite but if he hovers around 7, his three-point efficiency could more than makeup for his “big man stat” deficiencies.

There is no doubt Markkanen should be a larger focus in this Jazz offense than he ever was in Chicago or Cleveland. While he’s struggled with consistency his success, like always seems to be contingent on staying on the court. in his 5 seasons, the 7′ foot Fin has only averaged playing 56 games per campaign.

Waiting in the wings off the bench is Jarred Vanderbilt who may end up with fantasy value if the Jazz decide to go small. Something they may be forced to with only one true center on the roster. Vanderbilt averaged a career-best 8.4 rebounds and 1.3 steals last year in 25 minutes per contest. If the Jazz rotation allows him to build off his best season he could be an intriguing waiver wire and streaming option.

Kelly Olynyk. Alright, that covers that.  Truly, Olynyk is the only NBA-proven center on the roster, Walker Kessler a Rookie out of Auburn was sent to Utah in the Gobert package and will likely start as the only other center-eligible player on the roster. There is a chance Rudy Gay also has that eligibility, though unlikely.

In a starting role playing 25+ minutes a night, Olynyk is a decent all-around fantasy option, and a plus passer. picture 15 points, 7 rebounds, and 4 assists. In reality, Olynyk is s defensive liability but we live in a fantasy basketball world, and if he sees starter time on the floor he will produce.

Kelly Olynyk – He’s literally their only center. When he was featured at the end of the 20-21 season with Houston he averaged 19 points, 8.4 rebounds, 4.1 assists, and 1.4 steals over 31 minutes. It seems unlikely he will eclipse 30 minutes a night, but even if he plays in the mid-20s production should come along with it.

Jordan Clarkson – The main issue is that Collin Sexton is basically a newer model of Jordan Clarkson. The Jazz don’t have postseason aspirations, and they’ll likely prefer to get their younger players on the floor. There is also a scenario where Clarkson and Conley both get traded to contenders and have their roles diminished on a more talented squad.