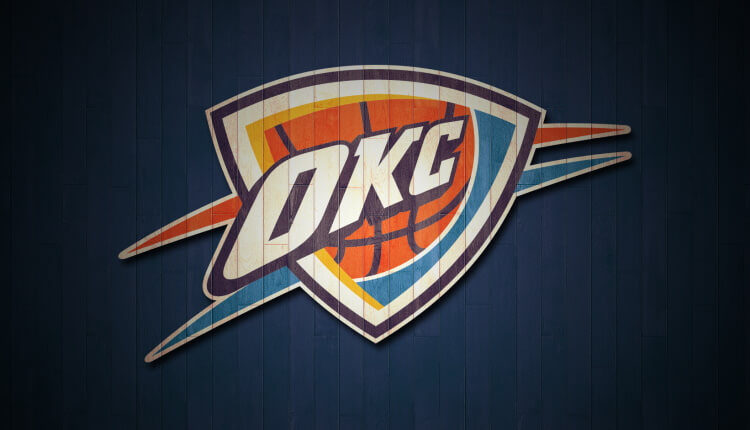 A fantasy breakdown of the Thunder wouldn’t be complete without mentioning the devastating news that rookie, number 2 pick, Chet Holmgren will miss the entire season after injuring his foot at the “Crawsover” pro-am event in Seattle.

Even with Holmgren the Thunder weren’t seriously considered as a threat to crack the playoffs in the 22/23 season. But with the absence of the Gonzaga big man, OKC should find itself squarely in the Victor Wembanyama sweepstakes.

The roster itself has more questions than answers, with only 2 players that likely warrant being drafted in 12-team leagues. Still, with high upside guys like Aleksej Pokusevski, and Jalen Williams, OKC could be home to many potential waiver wire and end-of-week streaming options.

Serving as the cagey vet and co-longest tenured OKC player, Shai Gilgeous-Alexander is still the face of the franchise and will be entering his 4th season with the Thunder. His upside is always a potential top 20 fantasy player, but with Josh Giddey doing a bulk of the ball-handling, his assist numbers have stalled a bit. That being said, he’s nearly a shoo-in for a 20, 5, and 5 line.

Tre Mann towards the end of last season seemed to supplant Theo Maledon from the rotation, but realistically if SGA and Giddey are both healthy, backup point guard won’t bear fruitful minutes for any potential bench candidates.

If you, like Josh Giddey, are still laughing at the fact the Australian guard didn’t make the NBA all-rookie team first team, you’d likely have company. The 19-year-old stand-out won rookie of the month four of the five eligible months and was somehow snubbed from the list.

Whether you call him a shooting or point guard, what matters is he and SGA will be the only rosterable guards on the team pending injury, depending on if Luguentz Dort gets SG eligibility. at 12.5 points and 6.4 assists last year, it wouldn’t be shocking to see those numbers jump closer to 16 and 7.5 next year in his sophomore campaign. Where he really needs to grow to become an elite fantasy player is three-point shooting. at 1 per game and 26 percent, fantasy owners were often left scrambling to find threes elsewhere on their roster. It’s reasonable to think improvements could have him over 30% and closer to 1.5 a game. Much like NBA scouts bullish on his potential, fantasy owners should be optimistic about how much room he has to grow statistically nearly across the board.

Beyond Giddey, Aaron Wiggins looked promising at times last year and should see minutes at the 2. Jalen Williams is obviously the most exciting prospect though it’s unclear if he will slate in more as a forward. In any case, the Guard positions in OKC are relatively nailed down.

A few eyebrows were raised across NBA circles in early July when Luguentz Dort inked a 5-year, $82.5 million dollar contract. The 6’3 wing is undersized to play the three but will likely earn the starting nod regardless. His wide frame and defensive tenacity help him against larger, rangier players, but unfortunately, it won’t help fantasy owners much. Dort is likely to put up similar numbers, potentially with a decline in scoring, and should only be drafted in 15+ team leagues.

The greatest threat to Dort’s productivity is a West Coast Conference standout, not hailing from Gonzaga. It’s Jalen Williams, former Santa Cara star drafted 12th overall by the Thunder this summer. in his final season, Williams nearly shot 40% from 3 and over 50% from the field, his offensive skill-set is far more fine-tuned than his defensive end, but with a 7’2 wingspan steals and blocks could very well become a part of his game with the right coaching.

Aside from the Dort and Williams, Darius Bazley, Aaron Wiggins, and even Alkesej Pokusevski could all be fantasy eligible to play SF.

Darius Bazley is likely to be a clear starter this year, but as a power forward? Maybe. After losing Holmgren for the season no one is certain how the Thunder starting five will shake out. At nearly a block and steal a game and around 1.5 threes per, in a 4 or 5-game week his end-of-roster stats could be the difference in less heralded categories.

A more interesting prospect with a higher fantasy upside is Aleksej Pokusevski. The 7-foot Serbian is only consistent in his inconsistency but scored in double figures in 13 of his last 15 contests to end the season. Beyond that, he may be the most creative passer on a team that boasts Josh Giddey. As of now, Poku is without center eligibility but the lack of front-court opinions could see him pick it up early in the season.

Jaylin Williams, not to be confused with Jalen Williams, was picked by the Thunder in the second round and is likely to see rotation minutes at PF and C. He has stretch 4 potential but isn’t a particularly good shooter, nor a top-end shot blocker. There isn’t a reason to draft him in even very deep leagues, but certainly a guy to keep tabs on.

Rounding out a crowded group is Jeremiah Robinson-Earl. The Villanova product saw a solid amount of 20-minute nights in his rookie campaign but doesn’t project to be a great fantasy candidate unless the Thunder plan on starting him at center as some publications suggest.

Sure, Derrick Favors MAY start at center but that will most certainly be a formality. The likelihood of him playing enough minutes to be fantasy viable seems wholly unlikely.

There is a good chance OKC plays most of the season with no true center for a majority of minutes. Strictly from a fantasy standpoint they may not enter the season with anyone but Favors eligible to play the position. As the season progresses players like Pokusevsiki, Jalen Williams, and Robinson-Earl could all earn position rights, but that remains to be seen.

Whoever plays in the frontcourt… Seriously, who knows? Based on skill level and aptitude for fantasy breakout, Pokusevski is the obvious choice here. If the Thunder play him 30 minutes a night he could average something along the lines of 14, 8, and 5 with a couple of blocks, and if he gains center or potentially small forward eligibility his value would surely force him onto rosters in every 10+ team league.

On a team that boasts so few draft-worthy players, it’s hard to peg someone who is likely to underachieve to a point where it has a real fantasy impact. Speaking on potential, Josh Giddey is the only player who fantasy managers may reach for, only for him to produce at or below his statistical level from last year.  If he doesn’t round the corner on his shooting woes, and become more well-rounded defensively he may not blossom into that top 40-50 fantasy player many people think he can be.