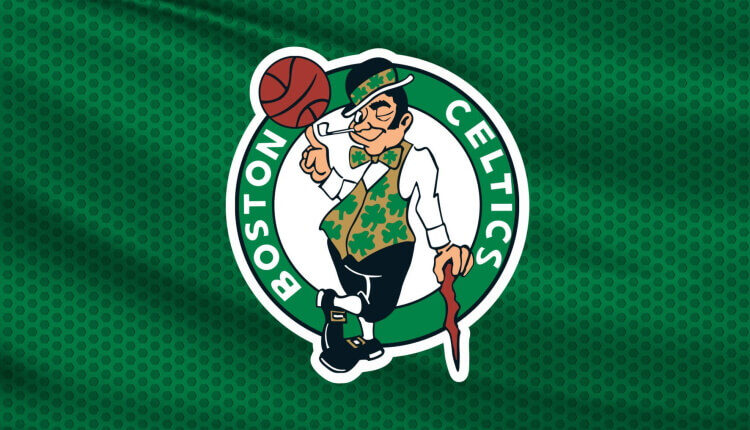 After initially appearing to be a serious contender in the Kevin Durant sweepstakes, with rumors swirling around several key pieces including Jaylen Brown and Marcus Smart, the Celtics ultimately wound up with the same team that got them a finals appearance, give or take a couple of guys. As a result, this team looks poised to make another deep postseason run, and they will once again provide fantasy teams with a plethora of valuable options. The Celtics are one of just a handful of teams with both star power and depth, so let’s dive right in and take a look at some of Boston’s most impactful players.

The Celtics have a loaded backcourt with some great depth after the addition of the versatile Malcolm Brogdon, but Marcus Smart’s minutes are locked into the low to mid 30s. After a career best season in which he won defensive player of the year and posted a career-best 5.9 assists per game, Smart looked more comfortable in his role than he has since probably his college days at Oklahoma State. Running the point, he looked like a natural floor general, playing a pivotal role in Boston’s journey to the NBA finals. His ceiling is not the highest, but his floor almost meets his ceiling, as you know exactly what to expect from him, and those expectations are all good.

Again, Boston has plenty of depth in the backcourt, but that will not be a problem for Jaylen Brown either, who has a chance to post top 25 overall numbers as he begins to enter his prime. His numbers each of the past two seasons were nearly identical, averaging around 24 points, 6 rebounds, 3.5 assists, and over a steal a game on nearly 50% from the floor, so expecting that type of season again with some potential improvement has to sound good for your fantasy team. Clearly, the team has a lot of faith in him after ultimately keeping him and others instead of forcing a deal for Kevin Durant, so you can confidently expect another terrific season.

Jayson Tatum is easily a top 10 player in the NBA, and could potentially slide into the top 5 this season if his game continues to grow as it has every season to date. Still just 24 years old, there is nothing on the court that Tatum can’t do, so you should draft him with confidence in the early or middle part of the first round.

After excelling in the postseason last year and looking like he was 10 years younger than he really is, let’s not let that recency bias impact our judgment on draft day. Al Horford is still an extremely valuable basketball player, but he is also 36 years old, and the Celtics will definitely want to keep him fresh throughout the season as they look to make another deep postseason run. This likely means limited minutes, the occasional day off, and maybe not giving 110% effort in some meaningless regular season games. As a result, he might not be someone you want on your fantasy team this year.

On the other hand, Robert Williams III is definitely someone to look for in fantasy drafts this season, after taking a massive leap toward the upper echelon of NBA big men. Time Lord dominates defensively, and it wouldn’t be the most ridiculous thing in the world if he led the NBA in blocks if fully healthy. That is a big “if”, and he already might miss the first couple of weeks after undergoing arthroscopic knee surgery, but Williams should still be a popular target due to his prowess for defensive stats, and the fact that he has shot above 70% from the floor in each of his four seasons in the league thus far.

As I’ve said a million times by now, the Celtics have a lot of depth that will be extremely valuable for their actual NBA team. However, since there are only so many minutes to go around for fantasy purposes, they won’t all have consistent value throughout the season unless injuries play a factor. One man off the bench who should definitely see a key role and big minutes is their projected sixth man, the newly traded for Malcolm Brogdon. Brogdon fits the Celtics perfectly, thanks to his great length, defensive prowess, high basketball IQ, and of course the fact that he’s simply a very good basketball player. I expect the Celtics to be versatile with how they use the former Pacer, but the one constant will be minutes and opportunity.

Aside from Brogdon, Derrick White and Grant Williams could occasionally pop off for a big game, and should see enough minutes to remain deep-league relevant, but they likely won’t be an exciting option unless they find their way into more minutes.

I really can’t fully express in words how great of a fit I think Malcolm Brogdon is going to be for the Celtics. He probably won’t match his production from his time in Indy, as he no longer needs to be a go-to scoring option, but I think the fact that he is coming off the bench for a Celtics team with a lot of weapons has diminished his value quite a bit for many people. I disagree, and think he will still have a very strong season, likely outproducing where he is being drafted by a decent margin.

Again, Al Horford is very old. He will not be asked to play over 35 minutes per game like he did this past postseason. His value will be much higher to the Celtics than it will be for your fantasy team. There are plenty of guys capable of producing much higher value across the board over the course of a full regular season at this stage of his career.