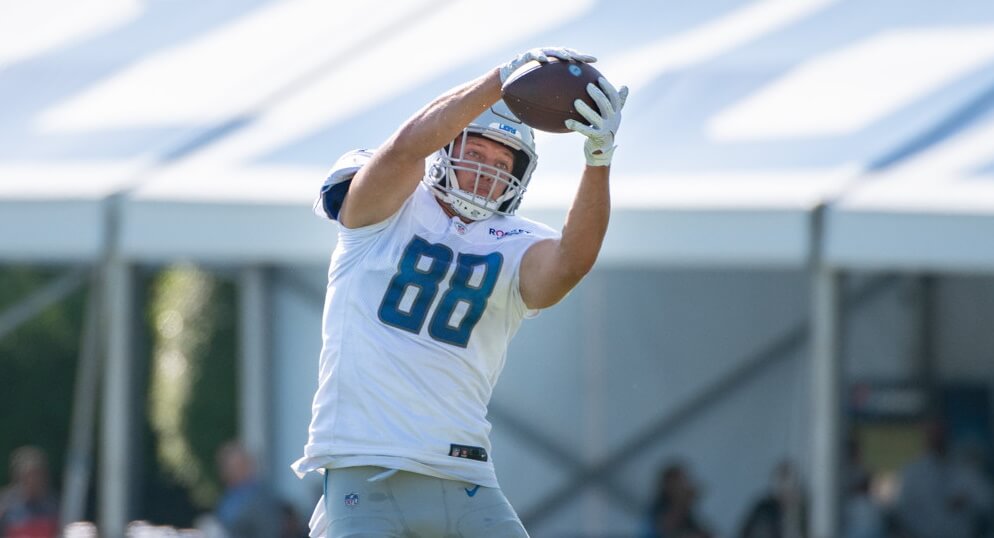 For the next installment of Fantrax’s fantasy tight end depth charts, we’re going to delve into the NFC North. I’ve already ranked the top 30 fantasy tight ends in the NFL, but why not break this down by division? Between the Bears, Lions, Packers, and Vikings, you’re going to need to be very picky.

Much like the running back, the tight end position is a scarce fantasy asset. It’s for this reason that my favorite strategy is to draft a running back with my first 4 picks…regardless of league style (redraft, dynasty, etc.). I aim to find value at other positions like WR and QB because if I miss on a bet at those positions, I can always trade one of my RBs for a roster weakness during the season. With my 5th pick, that’s when I take the TE. You have to hit on your TE, or else your streaming one every week. After TE10, your options really fall off. Let’s get into it.

Don’t believe the hype, friends. He’s coming off a year with under 300 yards receiving. So, the bet that Kmet lovers are making is that he’s going to be the unquestioned TE1 this year for the Bears. That’s fine and dandy, but if you can’t beat out Jimmy Graham last year (no shade, but his name means more than his production these days), I’m not going to hitch my wagon to you. I didn’t even mention he’s going to have Andy Dalton or a rookie QB throwing to him. I’ll pass. Thanks.

The man is coming off a year where he had over 700 yards receiving and 6TDs. The talent is there, the big body is there, the targets should be there, too. In a world where a TE can have a 3TD game and vault himself into top ten TE rankings for the year, I think owning Hockenson will be a safe bet. The big problem with his floor is that Matt Stafford is no longer his QB. Goff has proven himself to be a capable QB, but only in one season. His other seasons look pretty suspect. On the other hand, who else is Goff going to throw to? You can take Hockenson and not worry.

The potential of having no Aaron Rodgers is a humongous red flag for me. No need to overthink this one. I wasn’t even positive Tonyan was an elite fantasy TE asset with one of the best QBs of all-time throwing passes. I’m definitely not going to that well with Jordan Love at the helm. I’d stay away, if I were you.

He had under 400 yards receiving and 5 TDs last year. That was good enough for TE21. Irv and Evan Engram might as well be the same person, if you ask me. Both guys with freakishly athletic profiles, but with disappointing fantasy performances every year you draft them. Why bet he’ll make a jump this year? Well, to be honest, I don’t have any particular argument besides: “Something’s got to give.” Sometimes you have to analyze with your heart, instead of the (big and beautiful, in my instance) brain. This is going to be Irv Smith’s year to get a piece of the Vikings’ passing pie. Not my finest fantasy analysis, but it’s going to be right!