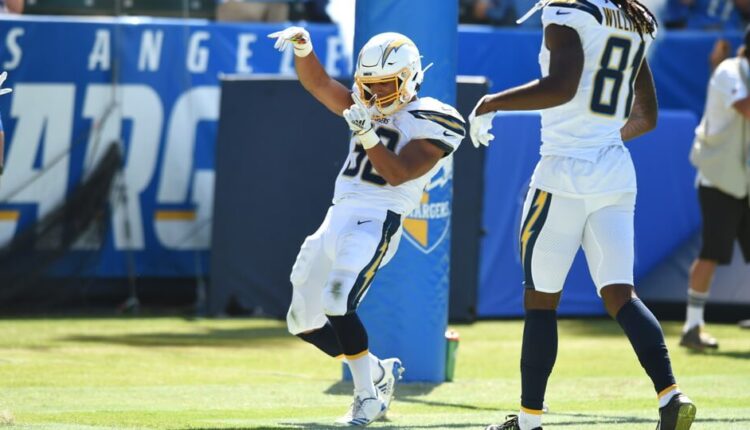 Every week just seems to bring in some surprises. For Week 6 the big surprise is I have Austin Ekeler ranked as number one. Pre-draft I had Ekeler finishing the season as a top-three PPR running back, and he is proving me right.

This also marks the first week of bye weeks. So, no Alvin Kamara after he just had a huge week, and the fantasy sleeper of the year Cordarrelle Patterson will be on a bye as well. Even if they weren’t on a bye, I would still have Ekeler as number one. Just saying.

Dalvin Cook and Christian McCaffrey make this list this week as they could both come back from injuries. But, they barely made it into the 20’s this week. As they are too hard to trust coming back off an injury so soon.

As I said above I have Ekeler ranked as RB one for Week 6. It was close between him and Derrick Henry, but Buffalo has shown they are a top defense in the league. I trust Ekeler against Baltimore that much more over Henry this week. Another name that jumped up to five is Najee Harris. Harris is being monitored this week with an injury as he left last week in the third quarter with a calf injury. Juju Smith-Schuster suffered a season-ending injury, which makes Harris that much more of a fantasy weapon. The Steelers are playing the Seahawks this week and we’ve all seen what running backs have done to them.

Lastly, I have Leonard Fournette ranked as RB 12 for Week 6. I think it is safe to say that Fournette is the lead back for the Buccaneers now. I’m not worried at all about Ronald Jones Jr. or Giovani Bernard. Fournette has had back-to-back games with 15 plus fantasy points now and is going against the Eagles this week. The Buccaneers are so high-powered in the passing game, that it leaves it easy for Fournette.