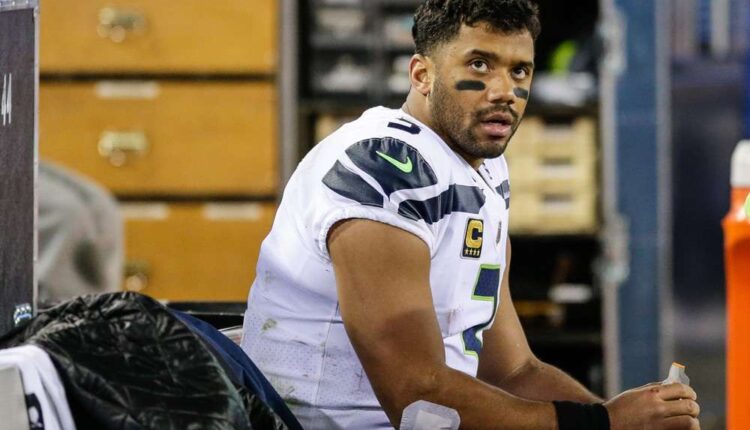 Week 6 is the beginning of bye weeks, so let’s get prepared!  Matt Ryan, Jameis Winston, Zach Wilson, Jimmy Garoppolo, and Trey Lance are all out this week.  Additionally, Russell Wilson is out for at least a month with a finger injury.  There’s a lot to consider this week, so let’s get to those Week 6 quarterback rankings and notes!

Russell Wilson injured his finger in Week 5.  There’s no timetable for his return, but he’s expected to be out 4-8 weeks.  Geno Smith is the starter and is an option in two-quarterback leagues.

Trey Lance got the start in Week 5, but could now miss time with a sprained knee.  The 49ers are on a bye in Week 6, so we’ll have to wait and see how this will affect his playing time moving forward.  It’s possible Jimmy Garoppolo starts in Week 7, so stay tuned.

Daniel Jones suffered a concussion last week and his status for Week 6 remains unclear.  If he misses time, Mike Glennon will fill in.  Neither quarterback should be started in one-quarterback leagues this week.

Joe Burrow went to the hospital last week with a possible throat contusion.  He should be good to go in Week 6, but be sure to double-check his status later in the week.  He gets a tasty matchup against Detroit.

Taylor Heinicke is coming off his worst game of the season against a tough Saints defense.    However, he gets a more favorable matchup this week against the Chiefs, who are allowing the most fantasy points to quarterbacks on the season.  Heinicke has scored at least 20 fantasy points in his previous three games, and I like his chances to bounce back this week.  He’s a top-12 option in Week 6.

Carson Wentz is coming off his best game of the season, and he gets a plus matchup this week against the Texans.  Admittedly, ranking him as QB14 is aggressive, but I think he could surprise this week.  I also like Trevor Lawrence in Week 6.  He played well in his last two games, and gets a nice matchup against the Dolphins.

I’m low on Ryan Tannehill this week, with a tough matchup against Buffalo.  He’s yet to really get things going so far this season, and I’d try to find other options in one-quarterback leagues, if possible.