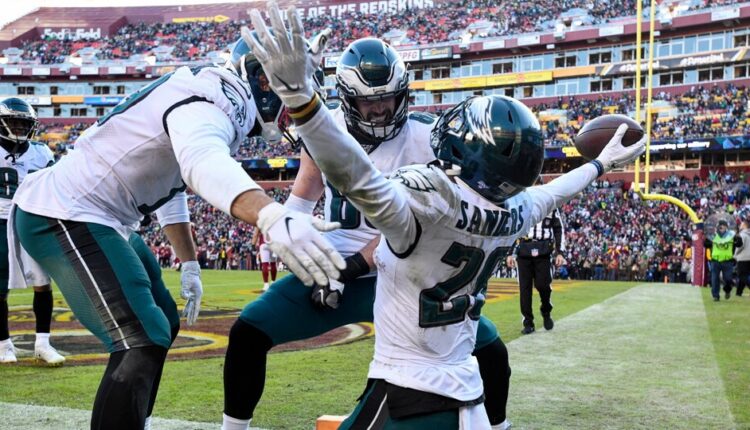 The bye weeks have begun. Whether they’re early on or near the fantasy football playoffs, the timing of bye weeks never seems right. Managing the weeks where your studs sit can be challenging. Not to mention navigating them amidst all of the injuries creates that much of a bigger headache. Trading is a great way to survive the byes and thrive in your league. It’s that much more important now to contemplate who to sell high from your roster and who to buy low from elsewhere.

Each week, I nominate a few trade candidates at running back, wide receiver, and tight end to sell high and buy low on. Let this be a guide on which players to consider acquiring or moving any given week.

If you are lucky enough to have Williams on your roster from last week’s waiver wire then you know he put together a quality fantasy football start in Week 5 versus the Las Vegas Raiders. Williams fulfilled my weekly bold prediction with his volume-based production on Sunday and racked up double-digit fantasy points. I know it’s been one game, but it could be a quick sell high opportunity.

Rookie running back, Khalil Herbert, is just as involved as Williams amidst David Montgomery’s extended absence after one game. Both Herbert and Williams accounted for 18 touches apiece with Williams logging 10 more all-purpose yards than the rook (84 to 74). Again, while I love Williams’ volume and production from this past weekend, Herbert actually saw 34 snaps to Williams’ 31. This could be because of a thigh bruise Williams was dealing with going into the matchup, but Herbert made his abundance of snaps and touches count.

Another handful of starting running backs went down this weekend including Saquon Barkley, Clyde Edwards-Helaire, and even Ezekiel Elliott banged up his back a bit. There could be managers in your league yet again heading to the waiver wire for some help at running back. If they regret not landing someone like Williams last week, then I would make him available, especially in 10-team leagues, to see what you can get in return following an encouraging Week 5 performance. If you need to keep Williams, understand that this Chicago backfield could continue to operate as a committee each week.

I know Lockett is back in this column as a sell-high candidate for the second week in a row. It’s probably easier said than done to move him at this point, too. Lockett is generally known to be a boom-or-bust option in the Seahawks offense. This is evident in the fact that he posted 378 receiving yards and three touchdowns in the first two weeks and 112 total yards without a score in the three weeks since.

Now, with quarterback, Russell Wilson, sidelined for some time with a finger injury, it’s Geno Smith that will be relying on Lockett to move the ball downfield. Following Wilson’s exit last Thursday night, Smith immediately led two scoring drives that kept the Seahawks in the game. The first resulted in a touchdown to DK Metcalf. The second drive, Seattle came away with a field goal, but Tyler Lockett saw three of his 10 targets during that time.

Lockett’s role could develop into a high-volume, highly targeted receiver on shorter routes to get the ball out of Smith’s hands faster. If this is the case, the potential for a decent floor is there for Lockett. I just wouldn’t bet on much of the boom you could come to expect for Lockett when Wilson is under center. If someone still has hope Lockett can put up WR3 with upside numbers, this may be the last chance to sell high or sell at all.

It’s a specific audience I’m speaking to when I say sell high on Dawson Knox, the overall TE2 in PPR leagues through five weeks. Knox is nothing short of a hero so far in fantasy football at a position of need. This sell high advice is really for those who have him on their roster from draft season where he may have been selected to be a backup tight end.

Speaking of which, unless he is backing up Travis Kelce or Darren Waller on your roster, then Knox may actually be your starter now. If that’s the case, then consider selling high on the player you drafted to be your starting tight end that Knox has since outplayed.

The connection between quarterback Josh Allen and Knox is real. He’s still just fourth in targets on the Bills, but averaging nearly five per game. He’s also averaging one receiving touchdown per game. The Bills schedule moving forward is an absolute cake-walk. It’s easy to imagine Knox comes back to Earth a bit. Though, with Josh Allen yet again on an MVP campaign, Knox may play a vital role in securing the title for his quarterback.

If Knox is your only tight end, then hold on to him. You likely got him for free and he’s more than exceeded expectations. If he’s one of two tight ends on your roster, then I’d look to sell high on him, or the other player, depending on possible holes elsewhere in your lineup. Knox does have a Bye in Week 7 so keep that in mind before making any moves.

At this point of the fantasy football season, Sanders has no business being in a starting lineup. He is a desperation flex that’s averaging just over 10 fantasy points per game. He also has yet to find the end zone this season. Any hope of him doing so is suppressed by Jalen Hurts’ rushing ability at quarterback and the emergence of rookie running back, Kenneth Gainwell.

However, whoever drafted Miles Sanders is probably just as aware of all of this. They might even send him to waivers if the running back position wasn’t so banged up right now. With that said, sometime in the next week or so would be the time to swoop in and buy low for what’s ahead for Sanders.

In Weeks 3 and 4, Sanders averaged just 7.5 touches per game. In Week 5, however, he got back on track with 16 touches in a gutsy win by the Eagles. On Thursday night against the Buccaneers, I expect the Eagles to remain pass-heavy against a battered Tampa Bay secondary. However, from Weeks 6-8, Philly faces the Raiders, Lions, and Chargers, all of whom are top-10 in rushing yards allowed per game.

It’s no secret that Sanders needs more carries to be effective. Last season, he was the first running back in the last eight years to record three 70-yard or more runs in a single season. The talent is there. As the Philadelphia offensive line gets back to near-full strength, I expect more rushing attempts for Sanders especially. You’ll want him on your fantasy football roster when that time comes.

The Saints need Michael Thomas back on the field. So far, in 2021, New Orleans averages 169.4 passing yards per game. That ranks 31st amongst the rest of the league. It’s amazing with that limited production through the air that they’re also averaging 25.4 points per game with a 3-2 record.

Quarterback, Jameis Winston, is making it work having toss 12 touchdowns thus far. Thomas is hopefully still set to return following the Saints’ Week 6 Bye. When he does, he figures to be the top target in New Orleans based on talent alone. The first two games Thomas may play in are away against the Seahawks and home to the Buccaneers. Both of the aforementioned team defenses are top-three in passing yards allowed per game.

If whoever drafted Thomas simply cannot hold on any longer, now is the time to swoop in and buy low. Assuming he does return on time in Week 7, Thomas is set up for success early. There’s undoubtedly a risk in acquiring Thomas. The reward, however, is the possibility of rostering a wide receiver who averaged 117.5 receptions and 1,378 receiving yards for four straight seasons.

There is a direct correlation to buying low on the Eagles roster as their schedule looks to soften up following their Week 6 matchup with the Tampa Bay Buccaneers. With that said, acquiring the pass catchers of the current fantasy football QB6, Jalen Hurts, in these buy low scenarios is something to consider.

First of all, Zach Ertz is possibly on your waiver wire right now in 10 to 12 team leagues. If he’s not, he might get cut this week by the manager who sees that he had just one catch for seven yards on Sunday. However, Ertz is averaging seven targets per game the last three weeks which is fantasy friendly volume for any tight end.

Dallas Goedert, on the other hand, is tied for fifth in team targets with just 19 through five weeks. With Ertz still on the team, Goedert’s ceiling is somewhat capped. However, he’s younger, faster, and sees more air yards than Ertz lending to chunk plays full of fantasy points when they do occur.

Ertz’ name continues to be a topic of conversation in the NFL trade market. The Eagles also reportedly looked to move Goedert to Minnesota around Labor Day following Irv Smith’s injury. If either is traded, it would actually boost both of their rest of the season value. That’s not something to bank on, but worth the consideration when buying low now.