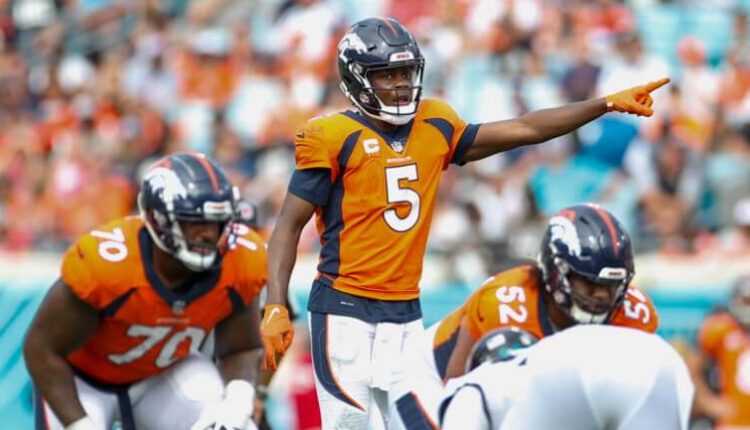 In Week 2, I recommended Teddy Bridgewater against the Jaguars, Jameis Winston against the Panthers, and Taylor Heinicke against the Giants. Bridgewater and Heinicke filled in admirably, finishing as the No. 11 and No. 12 fantasy quarterbacks for the week, respectively. Winston cratered, perhaps in part due to New Orleans losing multiple coaches to the COVID list, but he was clearly a miss nonetheless.

If you drafted Patrick Mahomes or Kyler Murray early or managed to snag Tom Brady or Jalen Hurts later on in your drafts, this article probably isn’t for you. But if you’re desperately trying to find a starting quarterback for Week 3, here are some serviceable quarterback streamers with good matchups who can help your fantasy team win this week.

It might shock some that through two weeks, Daniel Jones is currently the no. 4 quarterback in fantasy. His passing stats haven’t been dominant, but Jones has made up for it on the ground. He quietly ranks third among quarterbacks thus far in rushing yards behind only Lamar Jackson and Jalen Hurts and is tied with Jackson in leading all quarterbacks in rushing touchdowns with two apiece. In fact, Jones would be the no. 2 fantasy quarterback on the year were it not for a questionable holding penalty negating a second rushing touchdown against Washington and Darius Slayton dropping what would’ve been a wide-open 40-yard touchdown.

The Giants are again 0-2 to start the season but divorce the Giants’ woes from Jones’s fantasy value. He faces the Falcons this week, who have allowed the most fantasy points to opposing quarterbacks through two games, and he and Kenny Golladay were beginning to show some chemistry in the loss to Washington last Thursday night. Jones’s rushing ability gives him a high fantasy floor and ceiling, and his passing numbers should look better too against this Atlanta secondary. He has top-five potential this week, and there’s a chance that he could be a reliable QB1 option going forward this season rather than just on the list of quarterback streamers.

After Andy Dalton injured his knee against the Bengals in Week 2, Justin Fields underwhelmed. He threw a bad interception close to his own end zone, and Fields completed just six passes for 60 yards. Still, he did well considering he didn’t practice with the first team all week, and the box score doesn’t show two dropped touchdown passes in the end zone, one each by Allen Robinson and Darnell Mooney.

The Browns’ defense looked menacing on paper heading into the season, but thus far, they’ve managed to log only three sacks in two games and allowed nearly 23 combined fantasy points to journeyman Tyrod Taylor and rookie Davis Mills last week. Fields is a risk/reward option among this week’s quarterback streamers with a tough road matchup in Cleveland for his first NFL start, but his rushing potential makes him an enticing option. He ran for 31 yards on 10 carries in Week 2 filling in for Dalton and could manage a viable Week 3 performance due to his contributions on the ground even if he struggles as a passer.

I recommended Teddy Bridgewater as the top option among the Week 2 quarterback streamers, and he delivered. Even without Jerry Jeudy, Bridgewater managed to pass for 328 yards and two touchdowns against the Jaguars last week, which was enough to vault him to a top-12 fantasy finish on the week. In two games with his new team, Bridgewater has yet to throw an interception (*knock on wood*), and perhaps more importantly, he seems to have shed his former timid tendencies. Through two weeks, Bridgewater ranks fifth-highest among quarterbacks in intended air yards (IAY) compared to 11th lowest in 2020 and lowest in the league in 2019.

He’ll look to continue his success against the Jets this week. The main concern that drops Bridgewater to third on this week’s list of quarterback streamers is that he’s been pressured on 34 percent of his dropbacks so far, third-highest among quarterbacks, and will face a Jets defensive line that managed to sack Mac Jones three times last week. Even so, the Jets’ secondary has struggled, so the upside remains for Bridgewater in Week 3 in the Broncos’ home opener.

In deeper leagues, if none of the above-recommended quarterback streamers are available, Sam Darnold has played well in his first two games after escaping from Adam Gase for Matt Rhule and Joe Brady, and the Texans’ defense isn’t scary for Thursday night. And if you’re desperate, Derek Carr has looked excellent behind a rebuilt offensive line and is worth consideration even with a tough matchup against the Dolphins’ defense. Carr would be higher on this list if there weren’t slight concern about him re-injuring his ankle heading into Sunday.