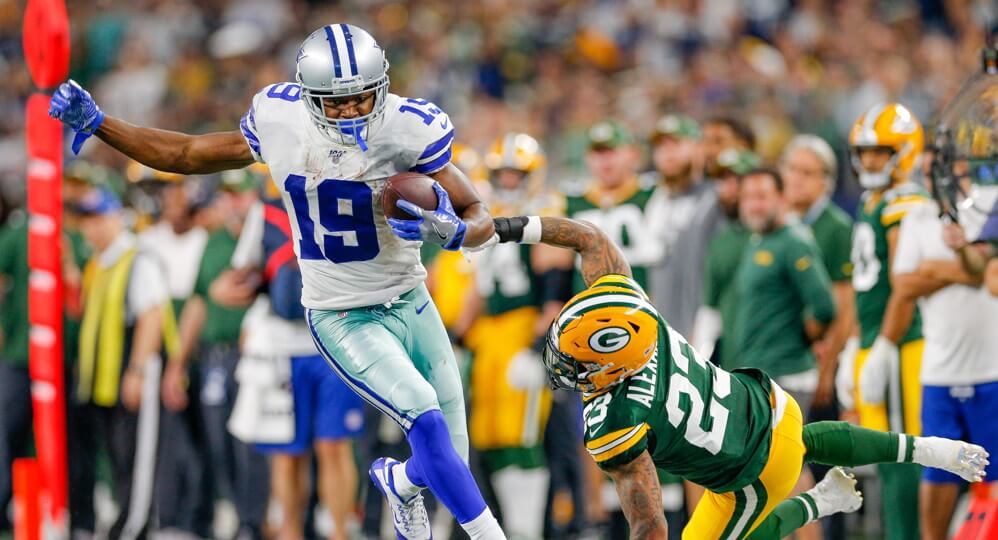 Man oh man, did we learn a lot from the wide receivers in Week 1. The wide receiver slot can be one of the more stressful positions to set in your lineup. However, I got you back with my Week 2 wide receiver rankings list.

A lot happened this week from Jerry Jeudy going down with an ankle sprain and Mike Evans might not be the main target in Tampa Bay’s offense anymore.

Below I have the top 50 wide receivers for Week 2. Again these rankings are based on a half PPR format.

I still have Davante Adams as number one for the Week 2 Wide Receiver rankings list, as I see the Packers having a bounce-back game against the Detroit Lions. Adams will have a field day against the Lions secondary.

Another wide receiver who made a huge jump for the Week 2 rankings is Amari Cooper. I have Cooper at eight. On Thursday night, Cooper showed us he is still the number one receiver on that team. CeeDee Lamb is ranked at 11, but I see Cooper higher than Lamb unless injuries slow Cooper down. The Chargers did shut down the passing game last week against the Washington Football Team. But, that was after Ryan Fitzpatrick got injured. And after what I saw Dak Prescott do against Tampa Bay, leaves me confident having Cooper at eight this week.

Adam Thielen against the Arizona Cardinals is another interesting matchup. I have Thielen at 12 in the Week 2 wide receiver rankings list. I thought Thielen might have been a bust this year with the emergence of Justin Jefferson. The Cardinals are better defensively than the Cincinnati Bengals, but Thielen showed last week he is the consistent PPR machine we all know him as.

The last two notes I have for my Week 2 wide receiver rankings are Deebo Samuel at 21 and Antonio Brown at 22. Samuel will go against the Philadelphia Eagles and Brown against the Atlanta Falcons. Both teams are not strong in their secondary. Samuel is the clear-cut number one wide receiver on the team as Brandon Aiyuk doesn’t look entirely healthy. And Brown is showing that he still has it. Tom Brady looks to be looking his way over Mike Evans and sometimes more than Chris Godwin. Brown is set to have a huge day against the Falcons.

If you liked Michael’s Week 2 WR Rankings, be sure to check out the rest of our Week 2 Rankings and Analysis!