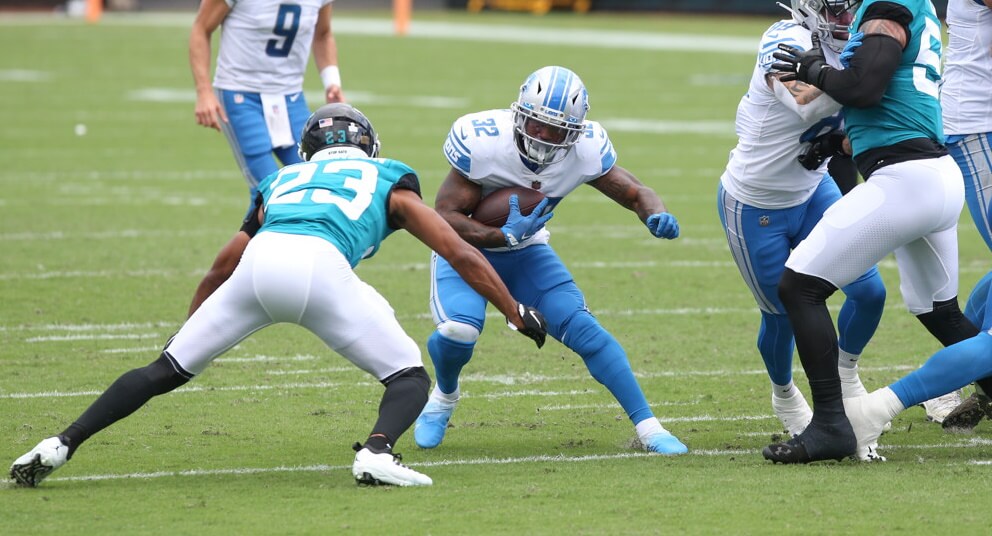 Week 1 of fantasy football is in the books and I have the perfect Week 2 RB rankings list for you. Week 1 was filled with surprises and new injuries. We now have a look at how teams will be using their running backs. There are a lot of great matchups this week and also we got a first-hand look at how running back committees are working.

In Week 1 I took some hot takes on RB rankings. But, after watching football all day on Sunday, I know snap counts with running backs and what defenses can stop the run. My Week 2 RB rankings will be a perfect cheat sheet for you to continue your winning streak or redeem yourself from a Week 1 loss.

Below I have the top 50 running backs for Week 2. Again these rankings are based on a half-PPR format.

I have Najee Harris at seven this week, even though his rookie debut was not ideal for a workhorse running back. This week Harris will be at home against the Las Vegas Raiders. The Raiders gave up 16 fantasy points to Ty’Son Williams on Monday night. The Raiders had a lot of trouble stopping the run and Harris will have a bounce-back week in this favorable matchup.

The last favorable match I love this week is D’Andre Swift on the road against the Green Bay Packers. I have Swift at 14 in my Week 2 RB rankings because of his ability to catch the ball. I don’t see the Packers falling apart as they did against the New Orleans Saints. But, Swift played well against the Packers last season, dropping 9 fantasy points in their first meeting and 13 in the second. Now with a year of experience under his belt, I have Swift dropping 20 fantasy points this week.

If you liked Michael’s Week 2 RB Rankings, be sure to check out the rest of our Week 2 Rankings and Analysis!