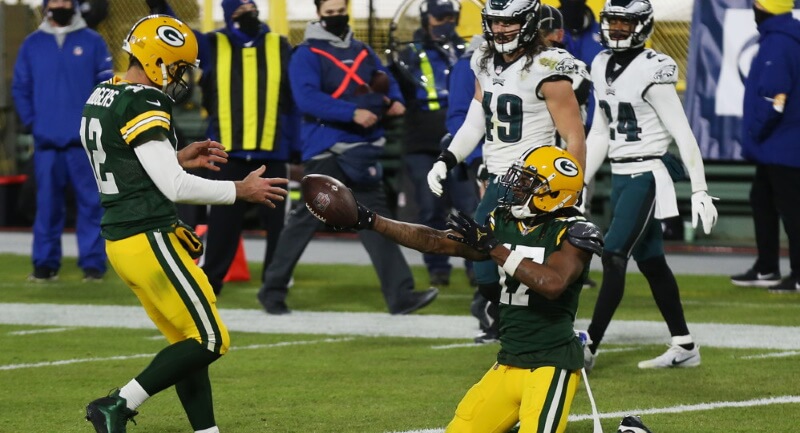 Week 1 is officially in the books, and what a week it was for the quarterback position!  Tom Brady and Dak Prescott kicked off the season and finished as the QB6 and QB7, respectively.  Prescott ended the night with 403 yards and three touchdowns.  Since 2020, Prescott has thrown for over 400 yards in four of his last five games. He’ll likely push for another 400 yards this week against the Chargers and is a top-10 QB in my Week 2 Quarterback Rankings.

Jalen Hurts also looked good, taking care of business both in the air and on the ground.  He finished the day with 264 passing yards, three touchdowns, and 62 rushing yards.

One of the surprises of the week was Jared Goff.  He threw for an eyebrow-raising 338 yards and 3 TDs and finished the week as the QB4.  Don’t expect a stat line like that every week, but the Lions will likely be playing catch-up more often than not this season, so the effort is encouraging.

Jameis Winston led the league in passing touchdowns (5) in Week 1.  The promising sign is that he had zero interceptions.  Kyler Murray also looked great.  He combined for 5 touchdowns (four passing and one rushing) as the Cardinals dismantled the Titans’ defense.

Unfortunately, Week 1 wasn’t all good news.  Ryan Fitzpatrick suffered a hip subluxation and is expected to miss six-to-eight weeks.  Taylor Heinicke will be Washington’s starting quarterback for the foreseeable future.

There’s nowhere to go but up for Aaron Rodgers.  He threw for 133 yards, with no touchdowns and two interceptions last week.  Oof.  While his Week 1 play was a far cry from the Rodgers we all know, don’t get cute and think about benching him against Detroit in Week 2.  This is an ideal “get-right” game for him.

Baker Mayfield and the Browns are likely reeling from their tough-luck loss against the Chiefs last week.  Mayfield has a plus matchup against Houston in Week 2.  Tyrod Taylor finished as the QB11 in Week 1 against these Texans, and I expect Mayfield to take advantage.

Justin Herbert (against Dallas), Kirk Cousins (at Arizona), and Teddy Bridgewater (at Jacksonville) all have plus matchups in Week 2.  I especially like Bridgewater as a streamer this week.

I planted my Matt Ryan flag last week and it came back to bite me.  In what should have been a layup matchup against the Eagles, Ryan walked away with 164 passing yards and zero touchdowns.  I’m shying away from Ryan against the Bucs this week.

If you liked Lauren’s Week 2 Quarterback Rankings, be sure to check out the rest of our Week 2 Rankings and Analysis!