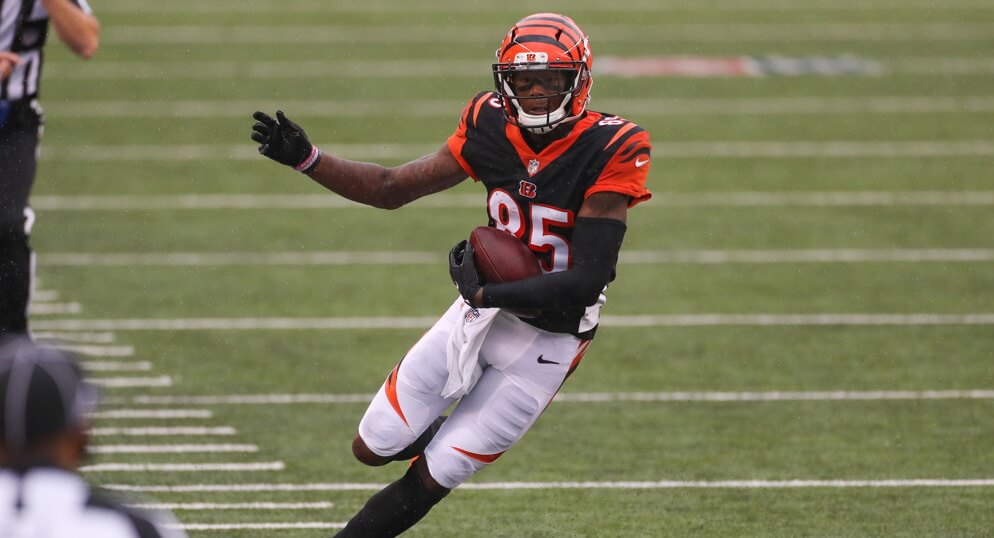 I know the holidays are stressful, but nothing is more stressful than Week 17 and your championship game. Lucky for you I have your Week 17 wide receiver rankings at your disposal.

If you are reading this, then there is no need to stress on who to start at your WR2 or flex spot. I have your back and want to see you with the trophy in your hands. Enough talk let’s get into my top 50 wide receivers for the week.

The biggest surprise last week was the huge game Tee Higgins had. Higgins has been solid since Week 12 and I have him breaking the top-10 this week. The Bengals are so close to locking up the division, and I expect Higgins to be a major part of this late-season surge. Aside from Week 15, Higgins has scored in the double-digits since Week 12. Including two 20-plus point fantasy games and a 37.4 game last week. If you were lucky enough to snag Higgins off the waiver wire this year, he is a great WR2 or flex option for your championship game.

Next, I have Amon-Ra St. Brown as my WR16 this week against the Seahawks. St. Brown came out of nowhere the last few weeks, and you need to run with the hot hand going into your final week. Since Week 13 he has had double-digit targets averaging out to 11.5 targets a game. D’Andre Swift may return this week, but we don’t know how big of an impact he will be coming back from his injury. The Lions have won three of their last four games, and St. Brown has been a big part of those wins. Look for Jared Goff to continue to look St. Brown’s way this week.

Lastly, I have Michael Pittman Jr. as my WR20 this week. Pittman had a mid-season surge where he was a top fantasy wide receiver. But, as of late he has been easy to bench with the numbers he has been putting up. However, in the last five weeks, he played Tampa Bay, Buffalo and New England who are all top defenses. But, this week he has the Raiders. The Raiders secondary is in shambles this week as Casey Hayward Jr. was placed on the COVID-19 list among others and Jonathan Abram is shut down for the year with a shoulder injury. All this will leave Pittman at an advantage this week.