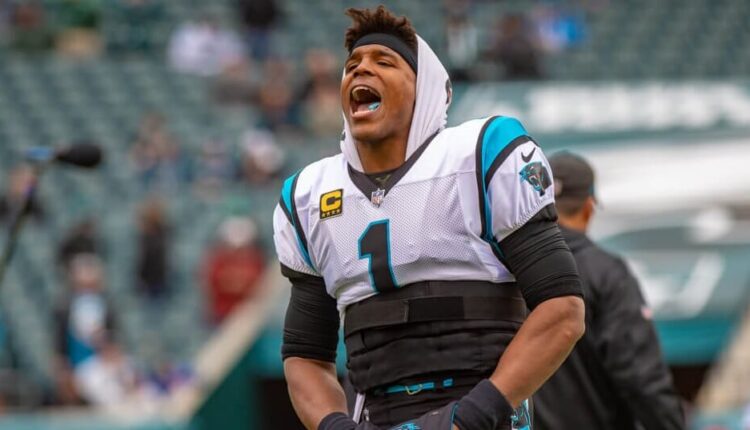 One of the big quarterback storylines this past week was the Panthers’ signing of Cam Newton.  While Newton didn’t start, he made the most of his limited usage by going 3-for-4 for eight yards and a touchdown.  He also chipped in a rushing touchdown, in classic Newtonian style.  Newton will start this week in a plus matchup against the Football Team and is a QB1 for me.  Let’s take a look at how other quarterbacks stack up this week in my Week 11 quarterback rankings and notes.

Patrick Mahomes and Dak Prescott bounced back in Week 10, finishing as the top two quarterbacks of the week.  They face each other in Week 11 in what should be a high-scoring game, with shootout written all over it.  They’re both top-5 QBs this week.

Ryan Tannehill continues to pad his fantasy stat line each week with his ability to score with his legs.  He has four rushing touchdowns in the past five weeks and gets a tasty matchup this week against the Texans.  He’s a QB1 for me this week.

Tua Tagovailoa is a solid streamer this week.  He gets a favorable matchup against the Jets and their porous defense.  On the season, the Jets have allowed the sixth-most passing yards, and have given up the most fantasy points per game.  It’s Tua Time in Week 11!

Justin Fields returns from his bye this week and gets a plus matchup against the Ravens.  Fields finished as a top-10 QB in Weeks 8 and 9, and will look to pick up where he left off.  He’ll have a decent chance too, as the Ravens have allowed the third-most passing yards and the tenth-most fantasy points to quarterbacks this season.

Carson Wentz had his worst game of the season in Week 10, throwing for 180 yards and no touchdowns.  He gets the Bills this week in a difficult road matchup.  Temper expectations this week.

Matt Ryan also had his worst game of the season last week, throwing for 117 yards, no touchdowns, and two interceptions.  He was also benched.  Ryan has a tough Thursday night matchup against the Patriots in Week 11.  He’s difficult to trust this week — even in deep leagues.