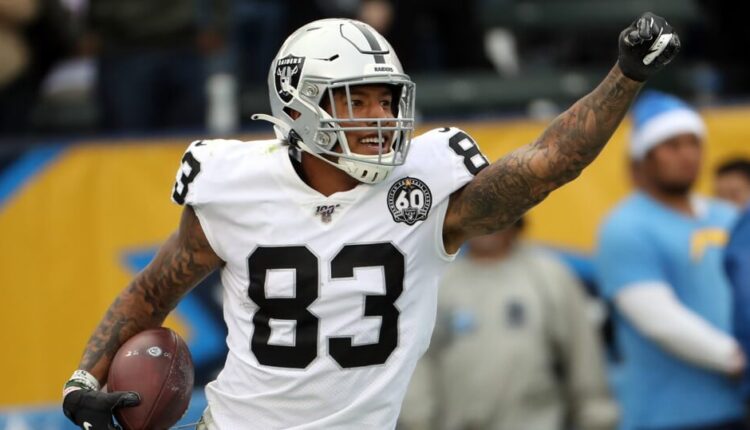 Moving on to the Tight End position here in our Standard Fantrax rankings and it’s all about the big three! Are you willing to pay the price, or will a new young rookie change your mind!? Can we find some value in the middle rounds? Our analysts break down their Tight End rankings, strategies, breakouts, and busts!

Below are the analysts that will be pouring over our Non-PPR Tight End Rankings. We’ve included their initials so that you know who is who in the rankings table and also their Twitter handles so you can give them a follow and let them know what you think of their TE ranks!

JD – If you find yourself missing out on Kelce, Kittle, or Waller, it’s going to be a rough season filled with uncertainty. Although there are a few players who find themselves in a good target share position, most will be very touchdown-dependent. The early investment is well worth the outcome, even if it’s just to avoid the weekly stresses. There will be a few tight ends who finish as this season’s breakout Robert Tonyan or Logan Thomas, but the gamble is real. Should you miss out on the top 3, look for players on a pass-heavy team with guaranteed weekly targets.

BK – Much like the running back, the tight end position is a scarce fantasy asset. It’s for this reason that my favorite strategy is to draft a running back with my first 4 picks…regardless of league style (redraft, dynasty, etc.). I aim to find value at other positions like WR and QB because if I miss on a bet at those positions, I can always trade one of my RBs for a roster weakness during the season. With my 5th pick, that’s when I take the TE. You have to hit on your TE, or else you’re streaming one every week. After TE10, your options really fall off.

JJ – Honestly speaking, I don’t have a specific strategy when attacking tight ends. I almost never end up with elite players like Travis Kelce or George Kittle, due to my running back strategy of taking two running backs early. At that point, it’s whether or not I feel a tight end is a value where he’s being drafted. Darren Waller was a value last year going in the mid-rounds, and I feel T.J. Hockenson and Kyle Pitts have excellent potential returns on investment upside in the middle rounds this year.

MO – It’s clear there’s a big gap after the top-three Tight Ends in fantasy. It’s also clear the advantage a Kelce, Waller, and Kittle can give you and my strategy is to just wait and grab whoever’s left between Waller or Kittle in the 3rd/4th round for better value. Travis Kelce is going in the first round of drafts while Darren Waller has an ADP of 40. That’s an absolute slam dunk in the 4th round for someone not too far off from Kelce’s stats. If you miss out on these three players, I’d have my eyes set on a couple of tight ends that have upside such as Kyle Pitts, Dallas Goedert, or Tyler Higbee (see below) who continues to rise in my ranks. The consistency the top tight ends provide is worth the price!

Irv Smith Jr.’s late-season push showed that he is the Vikings solution at tight end going forward. Now the only tight end in town, he should benefit from a Vikings offense that is once again poised to score and score often. Although he doesn’t possess the high-volume play as other players in his draft range, his consistency and touchdown upside makes him a player worth snagging in the later rounds.

The man is coming off a year where he had over 700 yards receiving and 6TDs. The talent is there, the big body is there, the targets should be there, too. In a world where a TE can have a 3TD game and vault himself into top ten TE rankings for the year, I think owning T.J. Hockenson will be a safe bet. The big problem with his floor is that Matt Stafford is no longer his QB. Goff has proven himself to be a capable QB, but only in one season. His other seasons look pretty suspect. On the other hand, who else is Goff going to throw to? You can take Hockenson and not worry.

Never draft rookie tight ends. Unless that rookie tight end is Kyle Pitts. He’s my pick to break out at the position.  Sometimes fantasy analysts get stuck on the same narrative and miss out on the outliers. Kyle Pitts is an outlier. The primary reason I believe he breaks out is due to Pitts likely not primarily even playing as an in-line tight end this year. He was drafted to replace Julio Jones, and there is no one in his path for targets.

The one easy thing about this is, we’ve already seen a breakout from Tyler Higbee in 2019 so we know it can happen. There are also a lot of things breaking Higbee’s way in 2021. Josh Reynolds is now out of the picture and he goes from Jared Goff to Matthew Stafford… sign me up for that baby. We know Stafford has an affinity for the TE position making Hockenson a top-four guy in 2020 but the biggest key of all is it’s finally a one-man TE show in La La land. Gerald Everett flashed his potential, and he got his share cutting into Higbee’s minutes. In the one game Everett missed last season, Tyler Higbee popped off for three touchdowns! Play the man! Oh, and it gets better baby… in 2019 Higbee averaged 23.5 receiving yards per game during his first nine starts all with Everett. Everett then got injured and Higbee went off for three-straight 100-yard performances averaging 111.3 per contest. In his last five starts without Everett over the last two seasons, Higbee has posted 39 receptions, 472 receiving yards and 5 TD’s. That’s top-3 TE material right there. I’ll be drafting Tyler Higbee aka BIGBEE all day!

Logan Thomas finished last season as the No. 7 tight end based on volume alone; No. 3 TE in targets (110). Let’s not forget this is a player who has been on 4 teams since entering the league in 2014. Thomas was the Washington beneficiary of high volume, short-yardage passing. With the deep passer Ryan Fitzpatrick in town, expect his total targets to take a major hit.

Don’t believe the hype, friends. He’s coming off a year with under 300 yards receiving. So, the bet that Cole Kmet lovers are making is that he’s going to be the unquestioned TE1 this year for the Bears. That’s fine and dandy, but if you can’t beat out Jimmy Graham last year (no shade, but his name means more than his production these days), I’m not going to hitch my wagon to you. I didn’t even mention he’s going to have Andy Dalton or a rookie QB throwing to him. I’ll pass. Thanks.

Mark Andrews isn’t on any of my draft boards. Not because he isn’t a good player, but simply because he’s on a low volume passing attack and has new competition for targets in Rashod Bateman and Sammy Watkins. Andrews will be almost entirely touchdown-dependent. I’m not chasing him ahead of players like Lamar Jackson, Dak Prescott, Cooper Kupp, Diontae Johnson, Kenny Golladay, etc.

We know the story here. Robert Tonyan absolutely balled out last season without key players of the Packers receiving core in the lineup posting four touchdowns in two-games without Davante Adams. You take those two games out and Tonyan went over 40 yards receiving just three times out of 13-games. Rookie Amari Rodgers may steal touches and so will no.2 WR Allen Lazard who missed significant time. If only Tonyan could be getting some valuable practice time with Aaron Rodgers right now…Oh wait… I’ll pass.

Are you digging our Tight End rankings? Then you probably want to take a peek at our Running Back Rankings.