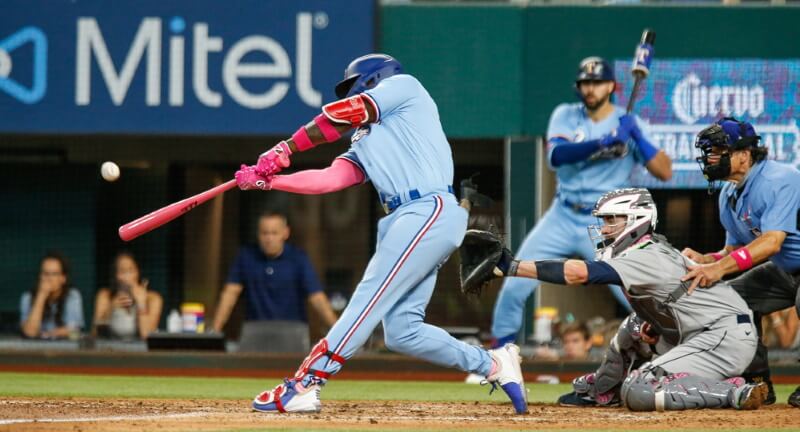 Time flies—when either half your team is on the injured list or you simply are behind on decision-making for your fantasy team. Instead of panicking all week about your players not being in the best possible situations, let’s get ahead of the game again. Welcome back to Hitting Planner, a matchup-focused look into the hitters and lineups you can Pick (start and trust given their schedule the upcoming week) or Fade (consider sitting, avoiding on the waiver wire due to a rough upcoming week of matchups). All players mentioned will generally be around the threshold of either ownership or starting/sitting for your fantasy team.

Let’s get started with Week 8 (May 24 — May 30). For each team we evaluate, we will note their opponents in italics, including the number of times they play in the week. For this week, stats mentioned from the season until now will be up-to-date as of the end of Friday night games.

The Astros are yet again an excellent team and a serious contender but they aren’t perfect by any means—their offense, as incredible as their ceiling is, will face some road bumps this coming week. Not only do they only get exposure to 5 games on this week’s slate, but those games also happen to be against two of the best pitching staffs in baseball. The Dodgers and Padres have the two best team ERAs in MLB and rank among the league’s elite in strikeout rate and other predictive pitching metrics.

Expect the week of baseball to be electric for Houston fans and haters alike but don’t bank on their lineup producing in excess. In weekly lineup leagues, only consider starting Astros hitters if they were acquired at an expensive cost—these would be the likes of Yordan Alvarez, Jose Altuve, Alex Bregman, and Carlos Correa. And if you are playing DFS, simply avoid all of them altogether this coming week.

Speaking of some battles with elite teams, Houston pitchers are no slouches on the mound. Against the Dodgers, they are lined up to start their ace Zack Greinke and their latest revelation Luis Garcia. Greinke and Garcia, who have combined for a 3.61 ERA in 2021, should be enough to contain the Dodgers bats that have been inconsistent this season. Stay away from Dodgers in weekly lineups and don’t chase stats with hot bats like Chris Taylor.

Speaking of Houston, we’ve come full circle with games involving them. The Padres may be getting their stars back but that’s no reason to assume their offense will be worry-free for another week. San Diego starts their week facing a brutal rotation including Cy Young contenders Brandon Woodruff and Corbin Burnes that couples with one of the nastiest bullpens in the league. If the Brewers’ upper-tier pitching staff isn’t enough to scare you, how about a 3-game slate against the Astros where they will likely face Houston’s top 3 in Lance McCullers Jr., Cristian Javier, and Zack Greinke?

The Padres have a lot of fantasy-relevant players and there is no shame in staying away from most of them for a week if you can. Of course, in most season-long leagues, Fernando Tatis Jr. and Manny Machado have to get starts for their talent and cost. However, keep an eye on every other player for the upcoming week and avoid them in weekly lineup formats.

Might as well tackle another team with overlap; the Padres possess—surprise, surprise—one of the best pitching staffs in the sport. Not only will the strikeout-prone Brewers offense have to contend with that strikeout-heavy pitching staff to start off the week but they will close out the week on the road facing a Nationals pitching staff that has recently been on the rise. 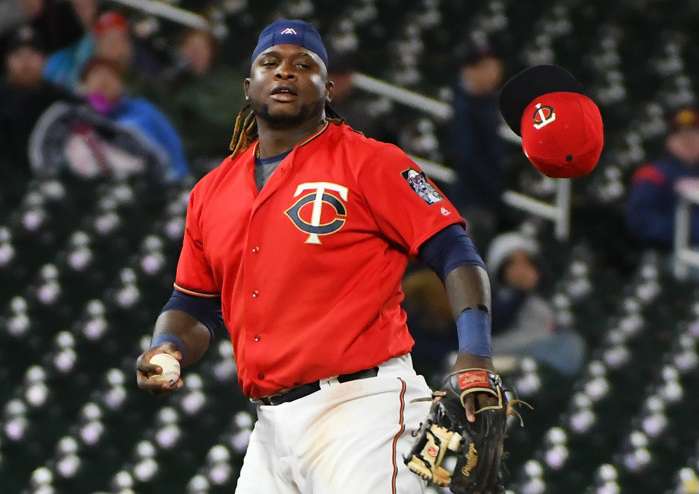 The Twins have been arguably the biggest disappointment of the season so far but they get a chance to use their powerful offense to make a statement this week. Facing two subpar pitching staffs should help, and if Nelson Cruz and Jorge Polanco can return to the lineup healthy, run-scoring opportunities should be a common occurrence over the upcoming 6-game slate. Fire up every healthy Minnesota Twin—Max Kepler, Josh Donaldson, the red-hot Miguel Sano, and even the prospects Alex Kirilloff and Trevor Larnach if the playing time presents itself.

In weekly lineups, a full 7-game week is a dream come true. A slate against the Mariners and Angels and their roller-coaster pitching staffs? That’s just tantalizing. While the Athletics will likely have to contend with superstar Shohei Ohtani once this week, the rest of the week could be a cakewalk for the ages. Take advantage of the matchups on the week and fire up Oakland Athletics at will—Matt Olson, Matt Chapman, Mark Canha, Ramon Laureano, and even the surprise story of Jed Lowrie.

Don’t we all try to predict award winners, home run hitters, and breakout performers for the season before spring training? I certainly take pride in predicting home-run leaders by the All-Star break as well as at the end of the season. But shame on me for not predicting that Adolis Garcia would share the American League lead in home runs towards the end of May? That’s exactly where we are as the Rangers continue to have their ups and downs with the bat. They can get no-hit but they can also hit the ball out of the park.

The upcoming week poses many opportunities to do the latter. The aforementioned Angels and Mariners both allow home runs in bunches and could do just that again to Texas for six straight games. Fire up those under-the-radar Rangers like David Dahl and Willie Calhoun. And of course, keep riding the fantasy-prominent starts from Nate Lowe, Nick Solak, Isiah Kiner-Falefa, Adolis Garcia, and the big bat of Joey Gallo.

There have really been only two Pirates bats that have been regularly playable in all formats this season—Adam Frazier and Bryan Reynolds. This section is indeed simply for them. It’s simple. The Cubs and Rockies would rather forfeit games than pitch reliably for a full series. Target them with value bats like Frazier and Reynolds. Frazier leads MLB in hits this season and is hitting at a career-high .873 OPS. Reynolds, one of the best rookie hitters of 2019, is back to form this season as he is posting an .852 OPS and leads MLB in doubles.