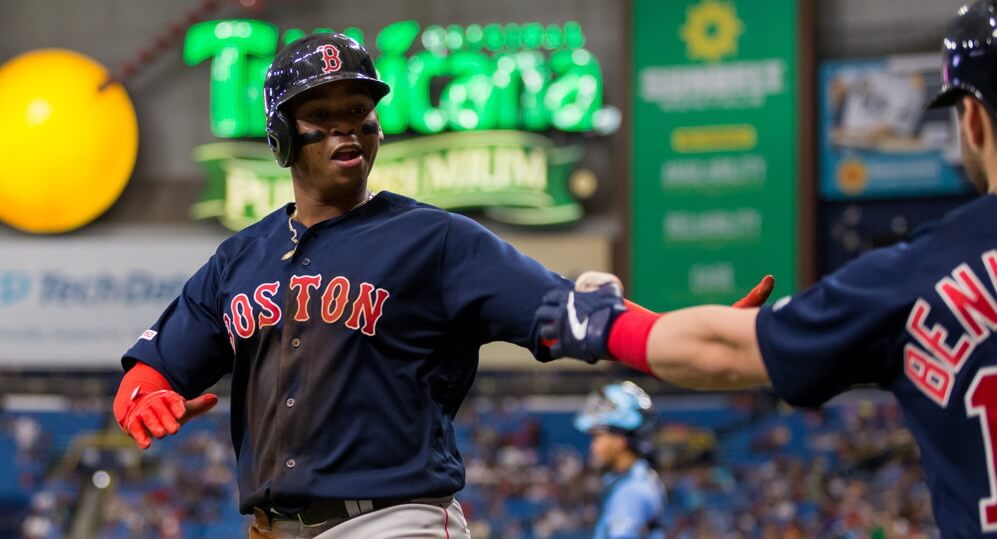 The first couple of weeks of the 2021 MLB season have gone by quickly for most of us — unless you’re already struggling to catch a break in your fantasy league. That’s where we come into the image. It’s time for another weekend of looking forward, another opportunity to be ahead of the game. We are back with this year’s Hitting Planner, a matchup-focused look into the hitters and lineups you can Pick (start and trust given their schedule the upcoming week) or Fade (consider sitting, avoiding on the waiver wire due to a rough upcoming week of matchups). All players mentioned will generally be around the threshold of either ownership or starting/sitting for your fantasy team.

Last week, I gave you two hitters to pick and two hitters to fade for this past week. While Episode 1 of the series was a successful pilot, we are officially changing the format beginning today. I will give you the worst matchups for offensive teams and their headline players (i.e., teams whose hitters you want to avoid for the week), known as Fades. Then, I’ll give you the best matchups to keep an eye on (i.e., teams whose hitters you want to target for the week), known as Picks.

Let’s get started with Week 4 (April 19 — April 25). For each team we evaluate, we will note their opponents in italics, including the number of times they play in the week. As usual, stats for the past week are as of the end of Friday night games. 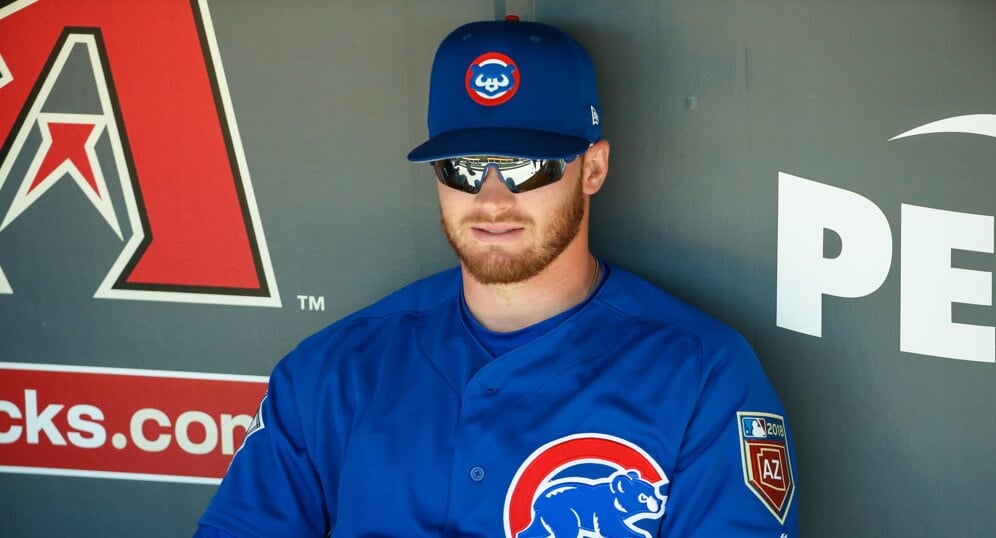 The Red Sox have been one of the best teams in baseball this season, doing many things right as a unit on the field and as individuals for their fantasy owners. However, individual reliability for their non-superstars hasn’t exactly been their MO. Instead, hitters like Marwin González, Hunter Renfroe, Franchy Cordero, Bobby Dalbec, Enrique Hernandez, and Christian Arroyo all factor as part of a platoon system, defensively and offensively, making it tricky to start them for an entire week. Additionally, the Red Sox now face a week of unideal matchups, starting with a morning matchup against White Sox ace Lucas Giolito.

After the end of that strangely-scheduled series, Boston transitions into a two-game set against the Blue Jays, who boast the fifth-best ERA in baseball, and are in line to face reigning Cy Young finalist Hyun Jin Ryu. Even if the Red Sox are able to find their offensive groove against the Mariners towards the end of the week, the only trustworthy fantasy starts will be their everyday superstars such as Xander Bogaerts, J.D. Martinez, and Rafael Devers, all of whom you would be starting all week in your lineups anyway.

The Baltimore Orioles are proud to have one of the best stories in baseball in their lineup in Trey Mancini, who should be starting in your lineup as long as he is on the field. While the Orioles have gotten solid fantasy performances from other offensive players this season such as Maikel Franco, Cedric Mullins, and Freddy Galvis, there are much better borderline players you can turn to instead this coming week. Although the Orioles finish the series against Oakland at home, an opportunity to pounce on the fourth-worst ERA pitching staff in baseball, much of the week will be spent finding it tough to contribute for your fantasy team.

Only playing a total of 5 games this week, their only other series will be for 2 games against the Marlins, who rank 12th in MLB in ERA and 13th in MLB in K%. To make matters worse, one of those games will be against southpaw Trevor Rogers, who is putting together a breakout sophomore season with his 2.40 ERA and stellar 13.8 K/9.

Speaking of the White Sox starting off the week with Lucas Giolito on the mound on Monday morning, they don’t necessarily have it easy themselves in the batter’s box this week. To start off the week, they will be facing Nathan Eovaldi, who has been a key member of Boston’s rotation this season. His 2.08 ERA and 0 home runs given up on the season is no easy task for White Sox hitters.

Right after leaving Fenway Park, the White Sox will be tasked with facing the well-known Indians pitching staff. Despite the fact that they will avoid facing reigning AL Cy Young winner Shane Bieber, the Indians still rank 7th in MLB in ERA, 11th in MLB in SIERA, 12th in MLB in xFIP, and 6th in MLB in K%.

Finally, the White Sox will finish the week facing the mediocre pitching staff of the Texas Rangers. However, borderline-fantasy-starters on the White Sox such as Andrew Vaughn shouldn’t be expected to have a big week and even hot headline hitters like Yermín Mercedes might be humbled due to the early challenges of the week as the league begins to adjust to his strengths and weaknesses.

The Mariners lineup has been one of the more intriguing situations in the league for fantasy purposes. While fan clubs of Taylor Trammell, Jose Marmolejos, Dylan Moore, J.P. Crawford, and Evan White have been vocal in the baseball community, there have only been a few guys on the roster playable every day for fantasy purposes — Mitch Haniger, Ty France, and Kyle Seager. Regardless of who you own, however, the following week should be the definition of avoid for Mariners hitters.

Seattle begins the week in their pitcher-friendly confines of T-Mobile Park against the Los Angeles Dodgers, who rank 2nd in MLB in ERA, 6th in MLB in SIERA, and 4th in MLB in xFIP as a pitching staff. The Dodgers will be in line to start Dustin May and Julio Urías in those two games.

Next, the Mariners face the pitching staff of the Boston Red Sox who have been one of the more pleasant surprises of the season so far. While Boston’s top pitchers do not necessarily stand out as perennial All-Stars, they have been above average in most games and their 0.50 HR/9 as a pitching staff is ranked #1 in MLB.

The Chicago Cubs just had some offensive outbursts this week but inconsistency has been the name of the game. Way too dependent on those early explosions in favorable weather, matchups will be the name of the game for why you should avoid borderline start-worthy players such as David Bote, Ian Happ, and Joc Pederson.

As a pitching staff, the Mets rank 1st in MLB in K%, 6th in MLB in ERA, 1st in MLB in xFIP, and 1st in MLB in SIERA. Their rotation has been electric and their bullpen has kept the team in games just about every time they have to. A lot of that success can be attributed to the runaway king of the pitcher position, Jacob deGrom, who the Cubs will have to contend with in the series.

After hosting the Mets, the Cubs will stay at home to face the Milwaukee Brewers and to say things could get a lot easier would be a lie. The Brewers rank #3 in MLB in ERA, #10 in MLB in xFIP, #9 in MLB in SIERA, and #10 in MLB in K%, and will likely send out Brandon Woodruff to the mound against the Cubs at the end of the week.

It’ll be a rough few days for Cubs hitters — stay away from that lineup and don’t expect them to drop 10 runs in a game any time soon. 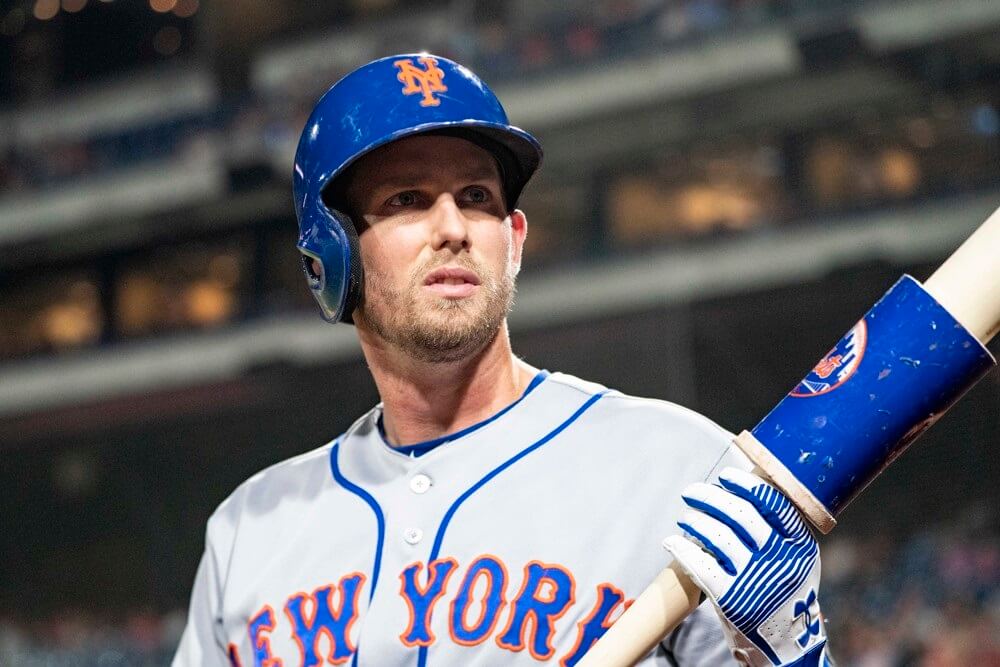 The Angels possess some of the best offensive weapons in baseball at the top of the lineup. It’s clear that you will be starting Mike Trout, Anthony Rendon, and Shohei Ohtani in your lineups. But the following week goes beyond just talent. Facing a full 7-game slate against Texas and Houston, both of whom rank middle-of-the-pack in most pitching metrics, buy into the upside of Jared Walsh, Justin Upton, and David Fletcher to drive in and score some runs this week.

As electric as the Mets’ pitching staff has been this season, their offense has been a bitter disappointment, especially with runners in scoring position. Despite the offensive talent throughout the roster, fantasy owners of most drafted Mets have been disappointed with the lack of production. This week is the perfect opportunity for a turnaround.

Both the Cubs and Nationals rank below average in ERA, xFIP, and SIERA, and middle-of-the-pack in the K%. Additionally, with the weather at Wrigley Field moving in a positive direction for hitters and the Mets likely getting to avoid Max Scherzer in their divisional series against the Nationals, the ceiling is sky-high not just for big hitters like Francisco Lindor, Pete Alonso, and Brandon Nimmo to finally turn on their power stroke but also for deeper options such as Dominic Smith, Jeff McNeil, and James McCann.

The Reds have been a roller-coaster of an offensive powerhouse since the beginning of the 2019 season. They’ve had their frustrating lows and incredulous highs. When they are clicking on all cylinders, the talent in the Cincinnati lineup makes for one of the best sources of fantasy production in the league. The following week could be an opportunity for just that.

This week, you can target not just the big boy bats of Nicholas Castellanos, Mike Moustakas, and Eugenio Suarez, but you can also keep riding the 2021 machine of Tyler Naquin, the vintage at-bats of Joey Votto, the electricity of Jonathan India, the steal that is Tucker Barnhart, and the powerhouse potential of Jesse Winker.