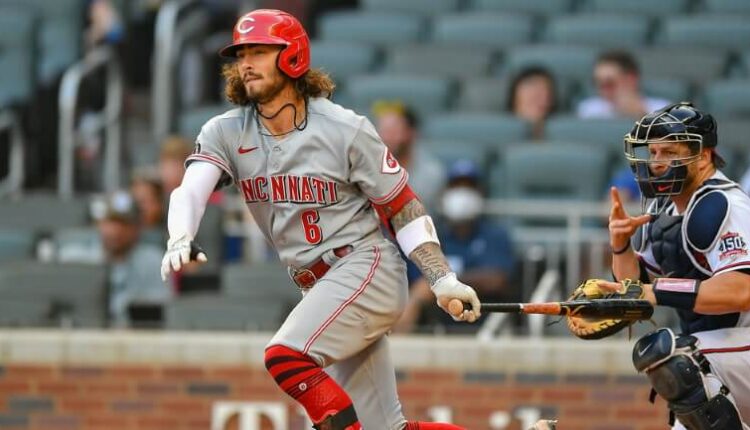 Week 20! It’s been a long ride so far but we are just getting started. Crunch time for those contending teams and every roster spot means so much more by the day. Make those ever-so-important decisions for the week now—starting with your offense.

As usual, I’ll point out the teams and corresponding players with noticeably poor matchups (The Fades) and noticeably great matchups (the Picks). Let’s get started with Week 20 (Monday, August 23 — Sunday, August 29). For each team we evaluate, we will note their opponents for the week in italics, including the number of times they play. For this week, stats mentioned from the season until now will be up-to-date as of the end of Friday night games. 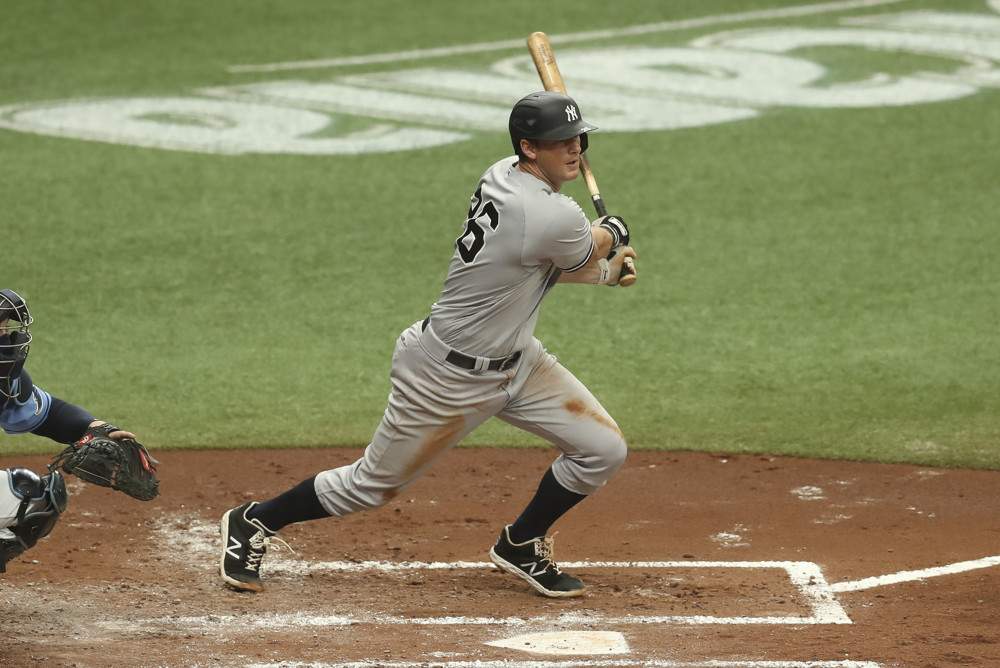 The Yankees have been one of the hottest teams in baseball since their upgrades at the Trade Deadline, mostly centered around their power-loaded offense. But if there’s any week that you must be careful about a possible cool-off, it’s this one. In a standard 6-game slate, the Bronx Bombers have nothing easy coming for them.

To follow that, the Yankees will enter a pivotal Wild Card race series against the Athletics, who own a top-5 ERA and FIP as a pitching staff since the Trade Deadline. The Yankees will have to face every bit of ammunition the Athletics have in their starting rotation as Oakland will roll out James Kaprielian, Sean Manaea, and Frankie Montas in three of those games.

To top it all off, the Yankees play this entire week on the road, where they are a notably inferior offense than when in their home confines of Yankee Stadium. Obviously, you must start star hitters like Aaron Judge, Joey Gallo, and Giancarlo Stanton. But depending on the depth of your league, consider fading and not paying up for other Yankees regardless of how hot they have entered the week.

Speaking of the Yankees and their interleague series, what about on the flip side with the Braves’ offense, one of the reasons they have made a serious push for the NL East title even without Ronald Acuña Jr.?

Here’s the deal. If you’re in weekly redraft/dynasty formats or weekly DFS, you already have to be scared about the Braves only having 5 games on the slate, part of which could be affected by egregious weather in New York. On top of that, even those games can be tough for run production.

In the two-game set, the Yankees will send out the rookie fireball Luis Gil and the experienced tosser Jordan Montgomery to start on the mound. As a team, the Yankees rank among the top 5 pitching staffs in MLB in ERA, SIERA, and strikeout rate since the Trade Deadline.

Luis Gil is the first pitcher in MLB history with a scoreless start in each of his first three career appearances.

As for their second series of the week, it’s simple—the Giants have been brilliant as a pitching staff all season long. Since the Trade Deadline, they rank top 10 in MLB as a pitching staff in ERA, xFIP, SIERA, and strikeout rate. As part of the three-game set, they are scheduled to start underrated breakout spinster Logan Webb (2.92 ERA, 1.137 WHIP, 9.6 K/9 this season) and veteran anchor Anthony DeSclafani (3.26 ERA, 1.085 WHIP, 8.3 K/9 this season).

Freddie Freeman isn’t going anywhere. But at every other spot, think deeply about why you would start Braves hitters this week and as yourself—is the juice worth the squeeze in your league format?

The Reds seem to perennially have someone red-hot in the lineup. They had a phase where it was Tyler Naquin. Then, it was the legend Nicholas Castellanos and the All-Star storybook slugger Jesse Winker. Now, it happens to be future Hall-of-Famer Joey Votto. And this is completely ignoring their lineup’s other thunderous bats like leadoff rookie sensation Jonathan India and the underrated Kyle Farmer and Tyler Stephenson. The Reds have the ability to rake as a team at any point—but not this upcoming week.

The Reds face a 6-game platter of games all outside their home hitter’s haven of Great American Ball Park. While they have still hit fairly well on the road, the matchups here might be too much. It starts at the very beginning of the week. After a day off on Monday, the Reds might as well take a few more days off because they will face Corbin Burnes and Brandon Woodruff on Tuesday and Wednesday.

It doesn’t get much tougher on back-to-back nights than that. To end the week, the Marlins matchup is no breeze either. While Miami, as a team, hasn’t been pitching well as of late, they definitely can against Cincinnati especially with Sandy Alcantara (3.39 ERA, 1.137 WHIP, 8.0 K/9 this season) and the potential of Jesus Luzardo on the mound in the series. Oh and with Trevor Rogers (2.45 ERA, 1.127 WHIP, 10.6 K/9) coming back from the bereavement list, if Cincinnati has to face him too, they could be in for a rough week with Winker still on the injured list.

The Blue Jays are being given chances at making a run at a Wild Card spot in a chaotic AL East. They just can’t capitalize yet despite their potent offense and improved starting rotation. With George Springer still not ready for a return from the injured list, the Blue Jays lineup sees no favors coming in the form of matchups.

Toronto does indeed start the week with four games at home but they happen to be against the World Series contenders in Chicago that will send out Lance Lynn (current AL Cy Young betting favorite), Dylan Cease, and Lucas Giolito to the mound to start the week.

To finish the week, you might think of the Tigers as a soft matchup but not so fast. Since the Trade Deadline, the Tigers have actually settled down a bit on the mound to the tune of a 3.72 ERA, good for 11th best in MLB. In addition, this series will be played in Comerica Park, home to one of the most pitcher-friendly environments in the league. There is no excuse—you must start Vladimir Guerrero Jr. You must start Bo Bichette and Marcus Semien as well in all formats. But depending on the format, it might not be wise to pay up for the power ceiling of Teoscar Hernandez that might not be realized this week and you should definitely stay away from streaky fringe bats like Randal Grichuk, Lourdes Gurriel Jr., and Corey Dickerson.

The Phillies have to be one of the most interesting, yet frustrating teams to bet on. With Rhys Hoskins still currently on the injured list, gauging fantasy value is no cakewalk in Philadelphia these days. But if Hoskins returns in time for this week’s games, we are in for a possible ride to the moon with the potential of the Phillies offense.

On first look, the interleague matchup against the pitching-focused Rays might scare you. But take a closer look at the schedule, the likely starters for Tampa Bay are southpaws Ryan Yarbrough and Shane McClanahan. After that quick set, the Phillies will welcome home the abysmal pitching staff of the Arizona Diamondbacks that really only have Zac Gallen (scheduled to start Game 1 on Thursday) to flaunt on the regular these days. The kicker—three of the Phillies’ likely opponent starting pitchers (including Yarbrough and McClanahan) are left-handers and the Phillies will be at home for it all.

Since the All-Star break, the Phillies offense has a .851 OPS (ranked #7 in MLB) and 125 wRC+ (ranked #6 in MLB) at home against left-handed pitchers. Start Bryce Harper as you always would. If Hoskins is back, insert him into those lineups. But dig deeper—fire up Andrew McCutchen and J.T. Realmuto in all formats and in deeper leagues, explore Odubel Herrera, Alec Bohm, Brad Miller, and Didi Gregorius.

The Dodgers have had a lot happen to their team on and off the field but here they are, again sitting as the World Series favorites. After a nine-game winning streak, it’s safe to think that they got their swagger back. That should have no difficulties continuing in the upcoming week in the batter’s box. The Dodgers face a standard 6-game slate.

It starts with the divisional rival Padres but the Dodgers will completely avoid the meat of the Padres starting rotation as they will not have to face Yu Darvish or Joe Musgrove. To complete the week, it’s that time again—please step up as the honorary punching bag, Colorado Rockies.

The Dodgers have a whole lineup of studs, many of whom you might be starting regardless of matchups. But for fringe players like Chris Taylor, Justin Turner, Will Smith, and A.J. Pollock, these matchups leave very few questions. Pay the price for them all.

Rest of Season Fantasy Baseball Rankings: Sending Out an SOS