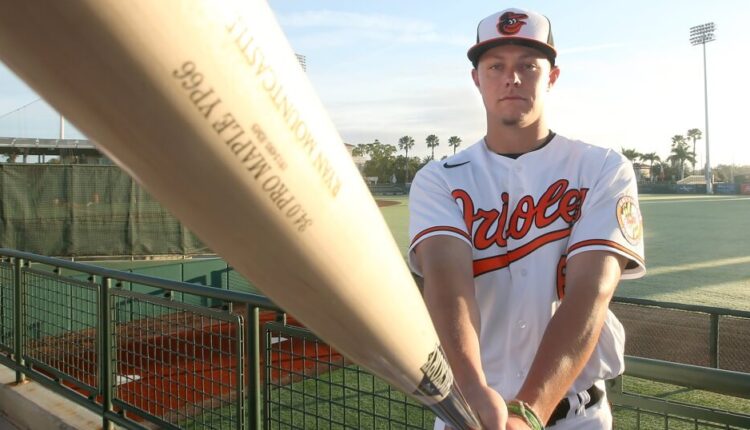 Welcome back! It’s officially 2021 and with a new year comes more new fantasy baseball content. As you begin prepping for your drafts, it’s essential to know where draft day value lays so you’re able to build a contender that just crushes your opponents. Last week we hammered on some late-round 1B sleepers you could snag at the end of your drafts who should severely outperform their ADP. Today we are flipping the coin and looking at those players we believe could be the biggest first base busts of 2021.

For this article, we are looking at three first basemen inside the top-200 in ADP on both Fantrax and NFBC. The reason we are staying inside the top 200 is that outside the top 200, the risk isn’t built in quite as much. These will be players that I think will underperform where they’re being drafted and be a detriment to your fantasy team. Positional rankings cited are Fantrax ADP referenced.

Rhys Hoskins is entering his fifth year in the big leagues and he’s given us plenty of data to show what we should expect from him in most cases. He has some great attributes that include walking at an elite rate (top 7% each of the last two years in that category) and he hits the ball very hard (93rd percentile in barrel percentage in 2020).

However, with this being a bust article, we know there’s a lot of holes that deflate his value for his draft price. Hoskins batting averages over the last 3 seasons are .246, .226, and .245. That will not get the job done. His expected batting averages over that time are even worse at .234, .221, and .238. Hitting at these averages, along with the streakiness that Hoskins has tended to show throughout his four-year career, spells danger for his long-term outlook. He may get moved down in the order or even, out of the lineup altogether.

What pitch are you most likely to see as a Major League hitter? The one most pitchers rely on to throw strikes or some will ONLY feature? The fastball. If you’re having trouble hitting the fastball, that’s a problem. Halfway through the season, he was hitting .150 against the fastball.

Think about that. At that point, he had one RBI on the year as well. Give Hoskins credit as he finished the season with a .242 average and 6 home runs against that pitch. However, I’m not patting him on the back necessarily for this. His batting average and slugging percentage versus the fastball has declined in each of his four major league seasons. His whiff percentage also jumped almost 8 percent against the fastball this year as well.

Lastly, we take a look at Rhy’s flyball data. According to Fangraphs.com, the league-average fly-ball rate is around 35%. Rhys Hoskins, who many would consider a supposed power-hitter, had a below-average fly-ball rate at 32.4%. Where has Hoskins made up for it? Hoskins has excelled in his career at having a great HR/FB rate at 14.3% or higher his entire big league career.

Good home run hitters typically average around a 15-20% HR/FB rate and Hoskins has fit that most of the time. However, many times this is not sustainable year after year, and with Hoskins decreasing his fly-ball rate every year he’s been in the big leagues, can you rely on this variable stat of an above 14% HR/FB rate? If Hoskins stops putting the ball in the air, this is sure to most likely go down and could be complete carnage for his fantasy value.

According to Fantrax ADP, Hoskins is ranked as the 12th first baseman off the board. Eric Hosmer looks to be a steadier pick going nine picks before. I’m a fan of waiting to draft first base if you miss out on some of the studs at the top because of the potential of the first baseman going picks 15 and higher. With Hoskins coming off of Tommy-John Surgery and a very volatile profile, I would avoid him at all costs.

Max Muncy was a revelation to the Los Angeles Dodgers when he first broke out as a regular 3 seasons ago. Muncy has been the definition of solid production in one of the top lineups in baseball. Back to back seasons of 35 home runs will definitely play. However, there seem to be questions about Muncy after the 2020 season.

One is the incredible reliance that Muncy has on hitting fastballs. I owe this particular research to my co-host on our podcast (Triple Play Fantasy’s Baseball Show) Art Tornabenny aka Little Cheesecake. Pitchers seem to be catching on to Muncy’s reliance on the fastball as the number of fastballs being thrown to him has gone down from nearly 60% in 2018 to roughly 55% in 2019, and finally just under 49% in 2020. This could be trouble for Muncy’s home run numbers as he does not seem to hit the breaking and offspeed pitches nearly as well.

When looking into the percentage of how many of Muncy’s home runs came from fastballs, In 2018 & 2019, Muncy hit 49 of his 70 home runs off fastballs or 70%. In 2020, 11 of his 12 came from fastballs, or 91.6%.  Max Muncy already isn’t known for his great exit velocity so I feel when pitchers keep adjusting, Muncy will become what he’s been at times ALL of the time. That is a hitter that walks a lot and gets on base. In a points league, that is fine. If you’re in a roto league, however, this would zap him of adding power to an already his poor batting average profile. Muncy is still a good player but his draft price is very rich.

Max Muncy is currently going as the seventh first baseman off the board in Fantrax drafts. I would much rather be in on Dominic Smith and Anthony Rizzo who are going right after Muncy in Fantrax drafts and feel I’m going to have more consistent production and be able to fill more categories with them over Max Muncy.

Ryan Mountcastle made his long-anticipated debut with the Orioles last season. In his 140 PA sample of a .333/.386/.492 slash line with 5 home runs and 23 RBI, he looks like the great young player many expected.  However, with only a small MLB sample size to draw from, it is easy to overvalue Mountcastle for the 2021 season.

We first look at his .333 batting average and that happened to be a career-best at any professional level (.278 career minor league batting average). One of the big reasons this is expected to regress is his .398 BABIP. Steamer projects that closer to .320, thus taking his batting average down closer to a realistic mark closer to his track record of .277.

Mountcastle also lacks speed and does not have consistent hitting around him. While the Orioles offense can have monster days at the office, the lack of veteran presence and lack of talent put Mountcastle consistently in the middle of the order by the end of the season. That is a lot of pressure as a rookie. While I’m not saying Mountcastle does not have the tools to have a solid first full season in the majors and a very productive career, I just think drafting him at this spot is drafting him at his ceiling in terms of expected production. Being this young, he’s going to go through natural growing pains and this ADP does not factor this risk into his profile. Ryan Mountcastle will be in his first full season in the big leagues facing many more teams and hopefully playing many more games. This will come with new pitching approaches against him and we’ll have to see how he can adjust.

Mountcastle is currently going as the 14th first baseman off the board. Josh Bell goes 3 picks in front of him who I like a little bit more. I will also gladly look at Miguel Sano 10 picks later and Christian Walker nearly 30 picks later. This again is not saying Mountcastle won’t become a good player or not even that he won’t have a good 2021 season, but at this early in the draft, he is not worth the draft capital it will cost to acquire him.

Are you buying into these first base busts? For more great rankings, strategy, and analysis check out the 2021 FantraxHQ Fantasy Baseball Draft Kit. We’ll be adding more content right up until Opening Day!