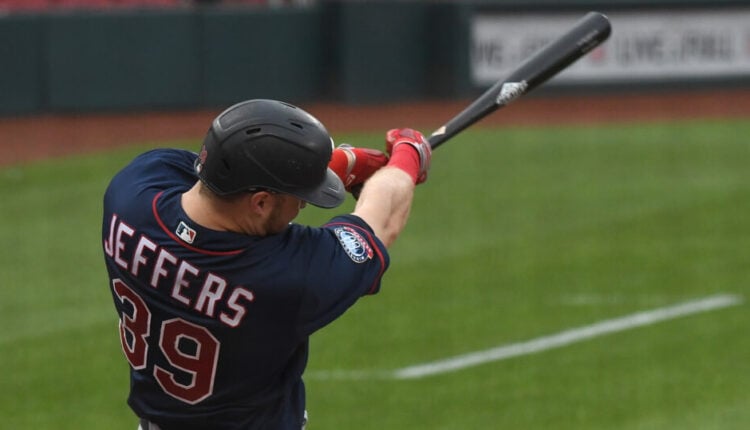 One of the most top-heavy hitter position in fantasy baseball is catcher. After J.T. Realmuto, only four more catchers go inside the first 130 picks of a draft. With the standard league size from 12-15 teams, the word scarcity gets thrown around a lot. If your strategy isn’t to use an early-round draft pick on one of the elite, then perhaps one of the catcher sleepers below is more your style.

The tough part about this position is that most catchers but the top few usually lack everyday playing time and usually bat in the lower half of the lineup. Because of that, it’s generally not a strong play to grab just sleepers. Whether it’s a one or two-catcher format, my suggestion is to get one catcher with a full-time job to help stabilize and then grab one of the catcher sleepers below to maximize the position.

I looked at catchers with an ADP of 300 or later that have a chance to play a significant part in your roster construction. These catcher sleepers could outperform many of those drafted before them.

Yan Gomes is no spring chicken; in fact, 2021 will mark his 10th year in the MLB. So with such an extensive track record, what do we know about him? Well, for starters, Gomes has always been an excellent catcher in terms of his plate discipline. His 84.6% Z-Contact% in 2020 was right in line with his career 84.6% line, which is better than the league average for all hitters, regardless of position. Yan also sports a .246 career batting average, which may seem on the low-end, but .229 was the average BA for a catcher in 2020. Last year Gomes batted .284, and the main reason for that was the drop in strikeout rate. The graph below shows how Gomes continues to minimize the strikeouts over the past couple of seasons. 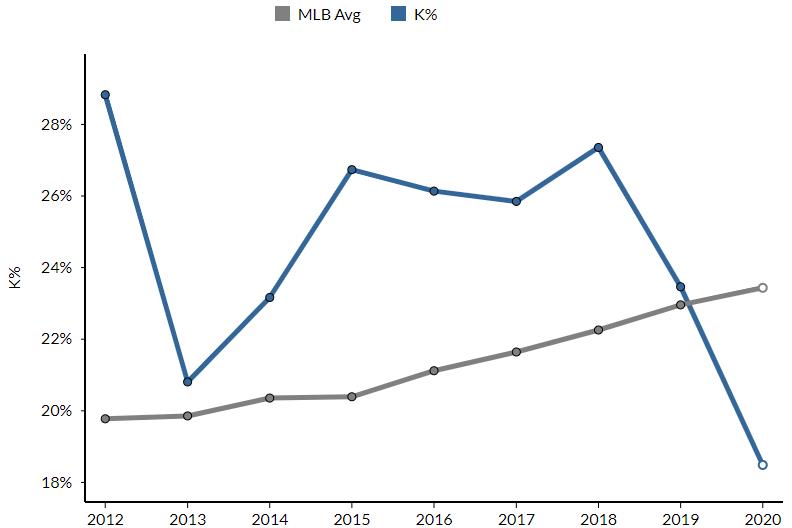 Another good sign for Gomes is the departure of Kurt Suzuki. The duo split playing time in 2020, but with Suzuki gone, we should see a nice bump in Yan’s playing time. In a recent interview Mike Rizzo,  Washington Nationals GM, states, “It’s such a demanding, physically taxing position that we certainly would like to take a little burden off of him. But I think he’s capable of playing 90-110 games at least.” That is music to my ears! So we could potentially be drafting a full-time catcher, capable of 12-14 home runs, with a good batting average, in an improved lineup? Sign me up for that!

If you blinked in 2020 or weren’t paying close enough attention, you might have missed Ryan Jeffers in action. Yes, we only have a small sample size, but the guy flat out raked last year. With only 62 plate appearances in 26 games played, it’s challenging to say we know what Jeffers is. However, in the small stint, Jeffers looked comfortable enough to draw a walk over 8% of the time while having a 41.7% hard-hit rate. Listed below is some of the impressive statcast data from Jeffer’s 2020 season.

Jeffers may come with some skepticism because people see Mitch Garver’s name on the roster as well. I don’t believe Mitch is going to get the greater share of playing time between the two. One of the main reasons I will point to Jeffers is a terrific framer-90th percentile among all catchers. Solid defense, makes good quality of contact, and likely to have the lion’s share of playing time. Check, check, and check.

The 29-year old veteran catcher feels like he has been around forever but has very little to show for it. In fact, Stassi still hasn’t seen 600 career plate appearances even though he broke into the Major Leagues in 2013. So it leads us to wonder, was 2020 the coming-out party or just a small sample anomaly?

Stassi has always done a nice job in terms of quality of contact. He showcases a career 8.1% barrel rate to go along with a 41.9% hard-hit rate. One of the big boosts to his profile was the change in batted balls. While keeping the great quality of contact, he is also trading groundballs for flyballs. It should also be noted that Stassi is a pull hitter-over 40% in his previous three seasons. Pulled flyballs with a good quality of contact is a recipe for success for many MLB sluggers. It wouldn’t surprise me if we saw some power unlocked in 2021-especially considering Stassi had a .256 ISO, which was 5th among all active catchers. 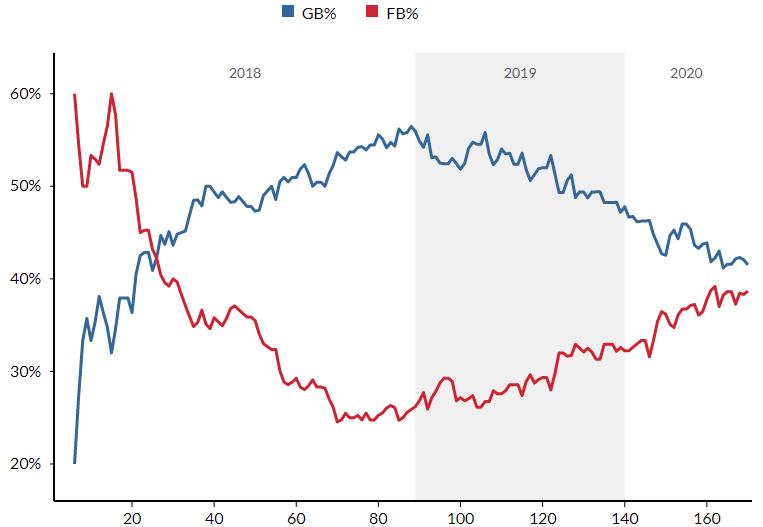 Remember earlier when I touched on Kurt Suzuki leaving Washington? Well, he signed a 1-year deal with the Angels to be an insurance policy to Stassi. Suzuki is pushing 37 years old, and we likely will see a 60/40 split. That would roughly leave Stassi with around 100 games behind the plate. Max is an above-average pitch framer, so it would behoove the Angels to log as many innings as possible.

If the Cardinals turn the page on Yadier Molina, the next chapter will be Andrew Knizner. He is a 25-year-old, former 7th round draft pick that showed some promise in 2019. He flashed a heavy bat with 12 home in the PCL in 280 plate appearances with a .276/.357/.463 slash line. Knizner’s first glimpse of the MLB came in 2019, where he was able to show off some versatility by hitting a pair of home runs and swiping two bags in only 58 plate appearances. Unfortunately, we didn’t get a chance to see much of Knizner again as he only played in eight games and spent most of his time in the alternate camps.

The projections are pretty eye-opening, especially Derek Carty’s THE BAT. Knizner is slated to get 457 plate appearances while hitting .247 with 11 HRs and 96 Runs+RBI. That is a better projection than Jorge Alfaro, who has a projection of .237 batting average, with 11 HR, and 73 Runs+RBI-except Alfaro is being drafted as the 15th catcher, nearly 300 picks earlier. If Molina does retire, Knizner is a must-get sleeper based on his ADP.

You buying into any of these catcher sleepers? For more great rankings, strategy, and analysis check out the 2021 FantraxHQ Fantasy Baseball Draft Kit. We’ll be adding more content from now right up until Opening Day!