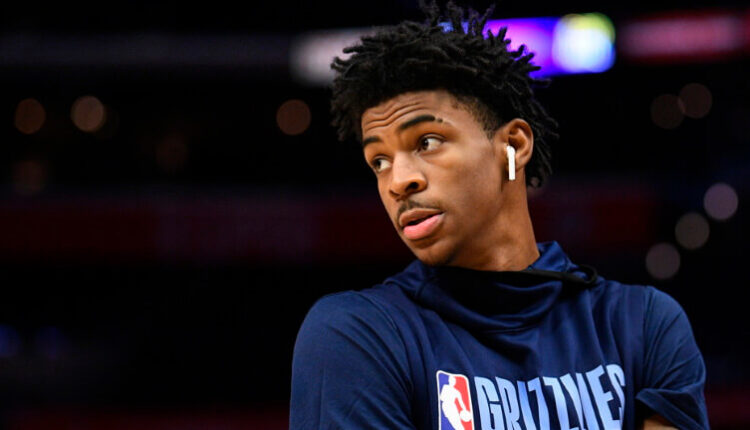 Just like in the NBA, having strong point guards in fantasy basketball is vital to constructing a solid team. And while you might not be able to get a Doncic, Curry, or Dame on your team, there are still plenty of point guards who can provide very valuable production for your fantasy team. On the other hand, there are also a handful of point guards who, despite expectations of having a big year, might be somewhat of a letdown by the season’s end. So the key to a successful season is to figure out which players will be “sleepers” and which players will be “busts” heading into the year.

Now, before we begin, let’s keep in mind that the terms “sleeper” and “bust” are relative. A sleeper is someone who you think will greatly overperform compared to their average draft position, and a bust is someone who you think will severely underperform compared to their draft position. So if you think Lonzo Ball is going to have a big season this year (I do), but he’s being drafted as a first or second-round pick, then he’s no longer a sleeper. Similarly, I think Trae Young will have a great season this year, but if he was being taken as a top-five overall pick, that would likely make him a bust for fantasy basketball purposes. So now that we’re all on the same page, here are my sleepers and busts at the point guard position for the 2021-22 season.

Entering his third NBA season at just 22 years old, this is the year that Ja Morant joins the elite point guard conversation. The former second overall pick didn’t quite make the leap last season that most people expected of him, but he certainly showed flashes of greatness, including a spectacular postseason performance to finish the year.

Between the two play-in games and a series against the defensive-oriented Jazz that lasted five games, Morant showed the world exactly what he is capable of doing. The young point guard averaged 29.4 points, including a 47-point performance in game two, to go with 5.1 rebounds, 7.6 assists, 1.0 steal, and 2.4 threes on 47.5% shooting. And while he would be very hard-pressed to match these numbers across a full regular season, I do think his stats will be closer to this than the less impressive but still solid 19.1 points, 4.0 rebounds, 7.4 assists, 0.9 steals, and 1.2 threes on 44.9% shooting numbers he put up last regular season.

Trading away Jonas Valanciunas and getting back Steven Adams should mean less offense running through the post, and more offense running through Morant, while also giving him a very strong pick-and-roll big man who will make Ja’s life a bit easier when trying to create offense. Add in the presence of a fully healthy Jaren Jackson Jr., and Morant is in a fantastic spot to have a career year and make a name for himself as one of the best point guards in the NBA.

Spencer Dinwiddie was looking at a not-so-great fantasy situation had he remained with the Brooklyn Nets, as he would have been the team’s fourth option at best, with the big three in Brooklyn dominating touches on offense. With the Wizards however, he finds himself in a fantasy-friendly situation, looking like the clear number two option on offense behind Bradley Beal.

Having missed all but three games last season after tearing his ACL, many people seem to have forgotten just how good Dinwiddie can be when he has a leading role in an offense. Across 49 starts in the 2019-20 season, Dinwiddie averaged 21.3 points, 3.8 boards, 7.3 assists, and 1.9 threes per game, as he helped lead an injury-riddled Nets team into the postseason. With Beal drawing most teams’ top defender each night now, Dinwiddie should have no problem repeating this type of production in his age-28 season.

The only real concern regarding Dinwiddie is obviously how he will fare over a full season in his return from the second torn ACL of his career. But in reality, it shouldn’t be much of a concern at all. Aside from some potential load management towards the early part of the season, Dinwiddie was allegedly ready to return for the Nets in the championship had the team made it that far. So with this full offseason to get himself in game shape and ready to roll, Dinwiddie should look like he did before the injury from day one this season. Dinwiddie should have a great season in a prime situation in Washington, and he would be my easy favorite to win the NBA comeback player of the year award if it still existed.

Can a highly touted rookie really be considered a sleeper? In this case, absolutely. Taken fifth overall in the NBA draft this offseason, and projected outside the top-100 in most fantasy basketball leagues, Jalen Suggs is 100% a sleeper heading into the season. During an incredible freshman year at Gonzaga in which he led the Bulldogs to an undefeated regular-season record and a trip to the NCAA championship game, Suggs flashed every skill you look for in an NBA prospect, showing no real holes in his game.

The 20-year-old phenom averaged 14.4 points, 5.3 rebounds, 4.5 assists, 1.9 steals, 1.2 threes on 50% shooting, a rare feat for a college guard. Throughout the season, and again in summer league, Suggs displayed the ability to score at all three levels, getting to the rim with ease, knocking down mid-range shots, and showing off plenty of range beyond the arc. On top of that, he has the vision and basketball IQ of an experienced point guard well beyond his years, despite being a 20-year-old rookie. He’s also a very solid on-ball defender, who has the defensive instincts of an NFL free safety.

Playing for an Orlando Magic team that is in full rebuild mode, Suggs will have every opportunity to play as many minutes as he can handle, as the team hands over the reigns to their hopeful point guard of the future. And if you don’t believe me, maybe you’ll listen to fellow staff member Quinn Canelias, who is also extremely high on the former Bulldog. Suggs will have every chance to succeed with this team, and I am a firm believer that he will be a difference-maker from day one. Suggs is my pick for rookie of the year, and I am confident in his ability to become one of the league’s top point guards sooner than later.

Tyrese Haliburton had a very promising rookie season with the Kings, and his long-term outlook is very bright. I think he’ll end up being a terrific player in the NBA for many years, but I think his fantasy outlook for this upcoming season isn’t nearly as great as people are making it out to be. Haliburton had a nice year with averages of 13.0 points, 3.0 rebounds, and 5.3 assists, but I don’t expect those numbers to rise much heading into year two.

As things currently stand, Haliburton will likely come off the bench to begin the season, and he will once again take a backseat to the team’s starting point guard and franchise cornerstone De’Aaron Fox. I don’t envision his role changing a whole lot on this team, and while he will certainly develop more, I don’t think it will be enough to warrant his current draft position. At the moment, he is typically being drafted near or even ahead of point guards such as Ja Morant, Malcolm Brogdon, Jamal Murray, and Dejounte Murray. This simply shouldn’t be the case. Haliburton will likely have a great season as far as the Kings are concerned, but there is a good chance you will be disappointed if you select him in fantasy with expectations of him performing like the aforementioned names.

Marcus Smart is another one of those players whose value in real basketball is much higher than it is in fantasy. His energy, basketball IQ, and defensive instincts are intangibles that any NBA team would cherish, but none of those qualities do us any good here. And yet, so many people seem to think Smart will break out on the offensive side of the ball this season, with many people expecting him to be a top-75 or top-100 option. I’m here to say that this won’t happen.

Smart averaged 13.1 points, 3.5 rebounds, 5.7 assists, 1.5 steals, and 1.9 threes per game on 39.8% shooting last season. Compared to the year prior, only his assists increased, while the other stats either marginally declined or stayed nearly the exact same. This aligns with my idea that he isn’t really improving anymore at this point in his career. Entering his eighth season, he pretty much is what he is, and that’s totally fine. But again, it’s not great for fantasy purposes.

At best, Smart will be Boston’s fourth option on offense this year, with Jayson Tatum, Jaylen Brown, and Dennis Schroder looking like the clear top options. Smart will still see enough looks to likely replicate what he did in each of the past two seasons, which makes him a nice bench player in fantasy. Being drafted in the early part of the middle rounds, however, is much too early for my liking, especially when you can get guys like Dinwiddie, Suggs, and Schroder for a very similar price on draft day.