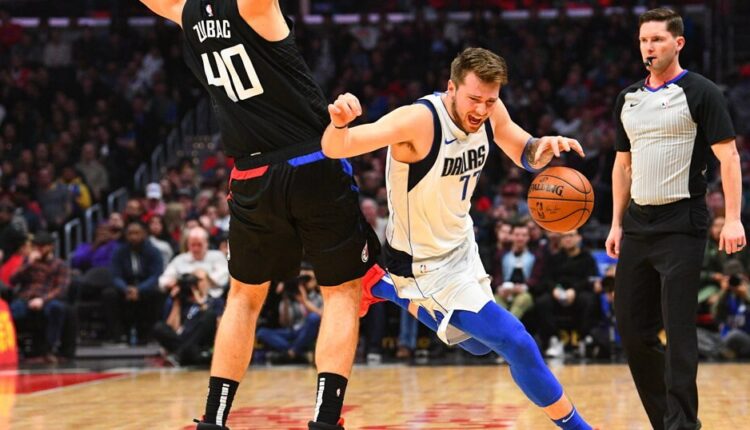 While the NBA playoffs are heating up, the regular season has already been long over for fantasy basketball players. And with just four teams still in contention for the NBA title this season, most basketball fans are waiting anxiously for next season to begin. So while it’s probably way too early to discuss fantasy basketball rankings for the 2021-22 season, we’re going to do it anyway.

Below are the analysts that will be breaking down our top 100-150 fantasy basketball dynasty rankings.

Now, dynasty rankings are a bit tricky, as it is crucial to find a balance between current ability and future potential. LeBron James is a better player than Zion Williamson right now, but in three years when LeBron is on the brink of 40, that likely won’t be the case anymore. And of course, these rankings will vary tremendously for someone looking to contend for a title immediately versus someone looking a few years out with plans to build up a roster of young talent.

The oldest player in my top ten is Anthony Davis, at 28 years old. These are all players who can be dominant for many years to come, provided they can stay healthy. This is very important in a dynasty league, and it is the reason why players like James Harden and Kevin Durant, who are top five players in the league, are not ranked within the top ten.

Older players such as Russell Westbrook, LeBron James, and Chris Paul are ranked significantly lower than they would currently sit among the best players in the league. This is almost entirely due to the fact that they could retire or become severely limited within the next few seasons. As a result, they should all be ranked much higher for someone in “win now” mode.

Four incoming rookies who are not even currently in the league are ranked within the top 150 already: Jalen Suggs, Jalen Green, Evan Mobley, and Cade Cunningham. Regardless of where they are drafted, they are all supremely talented and will make a major impact right away.

Players returning from major injuries are also players who could provide significant value next season if they are fully healthy and return to the level of play they have proven capable of in the past. Therefore, guys like Jonathan Isaac and Klay Thompson could be huge difference makers if they are back at 100% health.

The Rise of Nikola Jokic & The Fall of Andre Drummond

When you are building your team, you might not think about Nikola Jokic as your centerpiece. Perhaps that should change. When we look for a top dog, we want unique and elite stats, consistency, and a player that will actually be in your lineup all season. Jokic showed he has elite stats, including assists from the center position. Additionally, Denver is hungry for playoff seeding and wins, which means the MVP is playing all year. Jokic has played more than 72 games every year he has been in the league. It is time to appreciate Jokic’s value ahead of other similar players like Giannis Antetokounmpo, Karl-Anthony Towns, Anthony Davis, and Kevin Durant.

While Nikola Jokic rises to the top, Andre Drummond keeps falling. Deep down we all know his role as a monster rebounder and inefficient scoring center was bound to shrink to the standard role reserved for all centers outside of our elite bunch. With the Lakers, Drummond’s role was slashed from a 33-minute high usage center to a 23-minute ‘dunker’ slot role where with each lob the Lakers missed Dwight Howard and JaVale McGee slightly more. The glory days of Drummond’s statistical domination are gone. Usually, as a punt-FT player to let run wild, Drummond might be relegated as an end-of-roster depth option.

The Return of KD and Steph Curry

Kevin Durant and Stephen Curry are insanely good at basketball. Kevin Durant returned to elite status after an Achilles tear. Durant has elevated his game in the playoffs which is a great sign for next year. Durant won’t play every game with the loaded Brooklyn Nets team, but he doesn’t need to. KD is back and is primed to be your top guy next season and beyond.

This year we got treated to another season of supernova Steph. Curry’s ability to put up points and threes is spectacular. The best part is that Steph has something to prove next year when Klay Thompson returns. Don’t expect the same numbers but expect more consistency and more matchup-shattering games.

Zion the Great and the Rise of Michael Porter Jr.

We don’t quite know what Zion Williamson will become, but what we do know is this kid is incredible. Zion’s game took a huge step this year in handling the ball. Zion increased his points (27) to elite levels while bumping his assists to 3.7 for the season. The next few years could have Zion averaging 30 points, 10 rebounds, and 5 assists with his usual efficiency. Additionally, given the rate at which his game is growing, he could begin to figure it out on the defensive end adding steals and some blocks. Zion has a bright and fun future as the foundation of your team.

Finally healthy and playing big minutes, Michael Porter Jr. had a breakout year averaging 19 points, 3 threes, 7 rebounds, 0.8 blocks on 53% shooting from the field. With Jamal Murray sidelined for the foreseeable future, Porter Jr. is in the perfect position to take another jump next year. Much like Zion, we could see Porter Jr.’s game transform rapidly each season given his talent, size, and role. He is not your top guy yet, but he might be a fun investment similar to Brandon Ingram or Jaylen Brown.