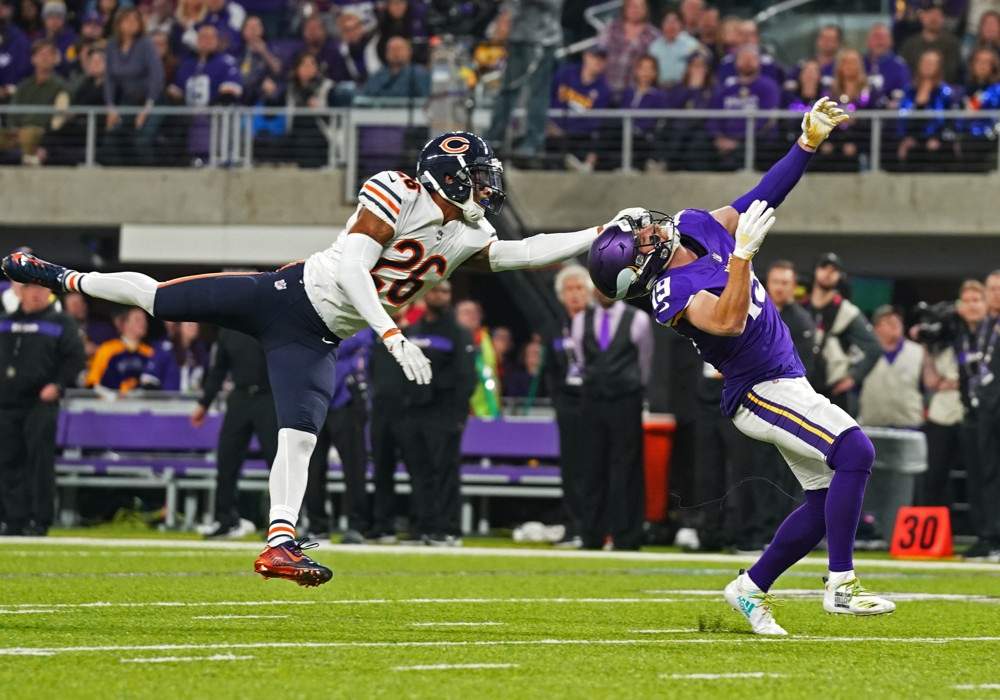 Here we are at the Week 6 PPR rankings. Now that we are nearly one-fourth of the way through the fantasy football regular season, rankings and matchups are becoming more clear than ever. For these rankings, there are significant risers and fallers across all positions.

At the top of the Week 6 Quarterback Rankings are two players who are going head-to-head this week, Patrick Mahomes and Josh Allen. Both teams are coming off their first losses of the season, so expect them to ramp things up this week in practice. Mahomes and Allen should be elite plays.

Ryan Fitzpatrick has been excellent for the Dolphins, and he gets a New York Jets team that seems completely checked out. Kirk Cousins draws the Atlanta Falcons, and they are likely without Dalvin Cook. Expect him to throw a little more, so his ranking takes a huge bump. For a notable faller, Lamar Jackson is now a borderline Tier 1 quarterback as he has really struggled this season. He isn’t running as much, and he continues to miss passes. Even in a decent matchup against the Eagles, he is the QB5 on the week.

The top running back in the Week 6 PPR rankings is Ezekiel Elliot. After the injury to Dak Prescott, the Cowboys will likely turn to Zeke to handle more of a workload. Aaron Jones is returning off of a bye week, and I believe you will see him handle much more of a role than last week. When Jones get touches, he produces, plain and simple.

David Montgomery draws possibly the worst defense in the league against running backs in the Carolina Panthers. Montgomery has had a difficult schedule to date, so expect bigger things from him this week, he is all the way up to the RB 10. Alexander Mattison likely draws the start for Dalvin Cook, and he gets a juicy matchup against the Atlanta Falcons, particularly through the air.

Finally, Kenyan Drake continues to drop, and I officially have moved Chase Edmonds ahead of him. Edmonds is getting the targets, and he has been much more effective with the ball. We still don’t know what has happened to Drake, but Edmonds looks like the back to own in Arizona.

Adam Thielen joins the Tier 1 wide receivers in the Week 6 PPR rankings, as he draws the Atlanta Falcons. This has turned into a weekly “move this receiver up because he’s playing the Falcons.”

Mecole Hardman is likely to benefit greatly from the Sammy Watkins injury, as his snap share is set to rise greatly. He jumps into Tier 4, with WR1 upside. Unfortunately for the wide receiver position, the position seems to have a lot of players trending down.

Amari Cooper’s loss of Dak Prescott could hurt his value significantly. His snap percentage has dropped in each week of the season, but we haven’t noticed because Dak force-fed him. It remains to be seen if Dalton can support Cooper’s value. Terry McLaurin not only loses his college friend that targeted him 14 times the last time they played together, he also will draw shadow coverage from James Bradberry, who completely shut down the aforementioned Cooper.

Mark Andrews is the top tight end play this week, drawing the Philadelphia Eagles who have given up massive games to slot receivers and tight ends. Jonnu Smith has officially made the jump to Tier 1 status, as he looks to be as safe of an option as there is at tight end. Robert Tonyan returns, and he is now a locked-in TE1 for the foreseeable future with the struggles overall at the position.

If you found Justin’s Week 6 PPR Rankings helpful, you’ll definitely want to check out all of our Week 5 Fantasy Football lineup!