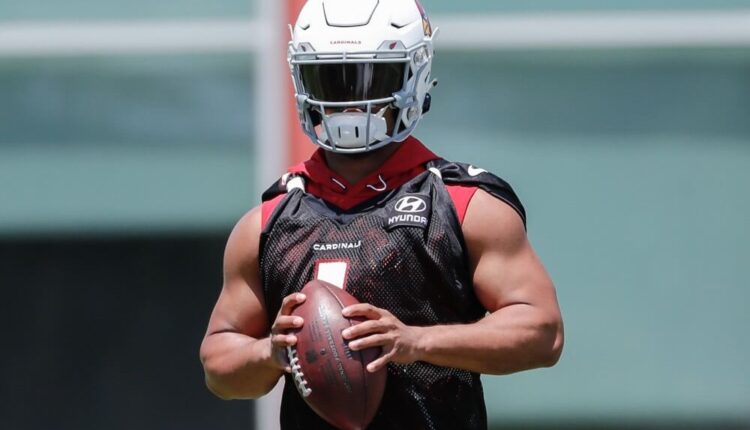 Make sure to dive into these Week 11 PPR rankings to help propel your team to victory (and hopefully a playoff birth).

Kyler ‘Hail’ Murray comes in at the top overall spot in the QB rankings, as he just cannot seem to be slowed down. After the massive hail mary to win in Week 10, Murray should carry all the momentum against the putrid Seattle secondary. The biggest risers of the week include Cam Newton and Jameis Winston. Cam will go against a below-average Houston defense, and I can see him finding a lot of success through the air and on the ground. Jameis should be the starter in the absence of Drew Brees, and he will go against the worst secondary in football. While he isn’t a lock for a big game, if there ever was going to be a chance for him to make an impression, this is it.

Falling in the Week 11 PPR rankings are Matthew Stafford, Jared Goff, and Teddy Bridgewater. All three quarterbacks have been nothing special lately. Stafford is missing his top target in Kenny Golladay and is never the same without him. Goff plays in one of the league’s most inconsistent offenses, and they get the tough Tampa defense. Bridgewater and the Panthers have been slowed down the past few outings without Christian McCaffrey, and I wouldn’t expect that to change even against a bad Detroit defense.

It’s great to have Nick Chubb back, isn’t it? After an extended absence, Chubb picked up where he left off, rushing for over 100 yards and a touchdown. Chubb has proven he is perhaps the best pure runner in the league alongside Dalvin Cook. Targets or not, Chubb is an elite option and comes in as the RB6. His teammate Kareem Hunt is right behind him as the RB8. Both have shown that even when they are on the field together, they are RB1s. Kalen Ballage has proven to be the go-to back in Los Angeles without Justin Jackson, and now that Jackson is on the IR, fantasy managers should be all aboard. Ballage just so happens to play the team that just cut him a few weeks ago in the New York Jets. There will be a little extra juice behind him. He comes in as the RB23.

Derrick Henry is not an RB1 this week, coming in as the RB14. Being a touchdown-dependent back in PPR formats, Henry is in a bad spot in Week 11. The Baltimore Ravens will host him, and will undoubtedly key in on him with the 2019 playoff loss in the back of their minds.

DeAndre Hopkins reminded us last week that he is perhaps the best pure wide receiver in the league. After coming down with a hail mary, game-winning touchdown over three defenders, his confidence is at an all-time high. Expect Hopkins to have a field day against Seattle, as he comes in as the overall WR1. Christian Kirk, Hopkins teammate, skyrockets up to the WR9, ahead of some great wide receivers. The Seahawks don’t have anyone that can stop Kirk, and I would expect at least eight or more targets with a touchdown. The Steelers have a trio of receivers that all have WR1 arguments, and they almost come in as such in the Week 11 PPR rankings. Diontae Johnson is the WR11, Chase Claypool is the WR14, and JuJu Smith-Schuster is the WR16. Take your pick and enjoy.

D.K. Metcalf has been trending down as of late, and he will once again draw coverage from Patrick Peterson, who had a lot of success against him a few weeks ago. Metcalf has struggled against good cornerbacks, so perhaps being ranked the WR10 is still too optimistic. Mike Evans will go against Jalen Ramsey, limiting his upside. He is the WR29, right in front of new teammate Antonio Brown.

Pretty soon, I am not going to even include this tight end section… what a brutal, underused position this is. On the positive side, Travis Kelce returns from his bye week and is the unquestioned overall TE1 on the week. Dallas Goedert returned last week. Now with a week of rustiness shaken off, we could see a huge game against a vulnerable Cleveland Browns secondary. He is the TE5 with overall TE1 upside on any given week.

On the flip side, there is nothing to like about Austin Hooper to me. He plays on one of the most run-heavy teams in the game, yet he still comes in as a consensus TE1 every week he plays. No thanks. He’s my TE18 for Week 11.

If you enjoyed Justin’s Week 11 PPR Rankings, make sure to check out the rest of our Week 11 Analysis for more help in optimizing your lineups.