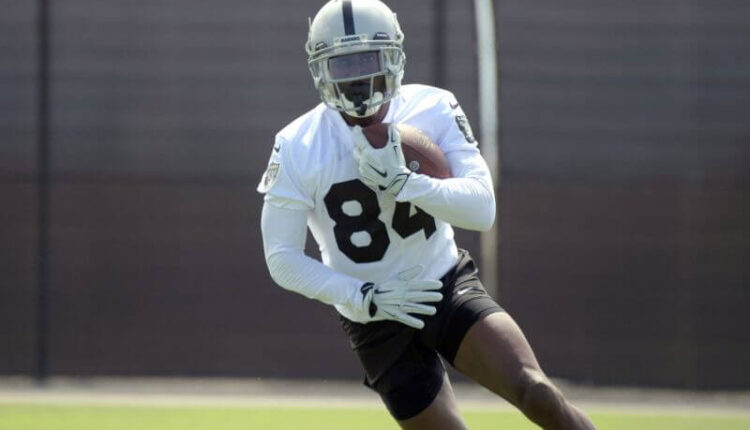 Welcome to the latest edition of my positional preview series. Today I will focus on my 2019 WR rankings. Wide receivers are an increasingly hot commodity in fantasy football leagues as the NFL evolves into a passing league. While plenty of receivers are putting up fantasy points, the ceilings of elite wideouts are still prohibitively lower than those of top running backs. No wide receiver has posted a 250-point season in standard leagues over the past three years. Nine running backs have accomplished the feat, with three of them breaking the 300-point barrier.

However, the wideout position is deeper in terms of fantasy floor. An average of 43 wide receivers have scored at least 100 points over the last three years. That is slightly higher than the 36 running backs per year who have accomplished the feat.

One of the biggest stories of the NFL offseason was the trade that sent Antonio Brown from the Pittsburgh Steelers to the Oakland Raiders. Brown wore out his welcome in the Steel City, but he has been the league’s most prolific fantasy wide receiver over the past five seasons. He has finished those years as the overall WR1, WR1, WR3, WR2, and WR2. The year he was the WR3, he finished one point behind the co-leaders despite missing a game. Despite that run of dominance, his placement in terms of wide receiver rankings is one that has sparked much debate.

The move to the Bay area will likely have a negative effect on his 2019 fantasy value. However, I think the expected level of decline is being a bit overstated in most early WR rankings. Over the past four seasons, Ben Roethlisberger has thrown 112 total touchdown passes in 57 games. Derek Carr has thrown 101 in 62 games. That comes out to a 0.33 difference in terms of touchdowns per game, or roughly five total touchdown passes over the course of a full season. Even if Brown were to lose, say, two touchdowns per year, he still would have finished each of the past five seasons as a top-5 fantasy wideout.

Brown will be playing with a chip on his shoulder as he attempts to prove that he was not the problem in Pittsburgh. Jon Gruden and company will want to show that the acquisition of the mercurial wideout was a wise move. Oakland signed Tyrell Williams to catch deep balls and drafted Hunter Renfrow to be an option underneath. Brown can easily lead the league in targets and receptions once again. While mine are standard rankings as opposed to PPR, there will still be enough volume for Brown to remain an elite fantasy receiver. I think there is plenty of value to be had at Brown’s current draft price. He is currently going seventh among wideouts. I have him as my WR5.

Am I too high on Brown? Where does he fit in your WR rankings? Comment below and let me know what you think. You can also reach me on Twitter at the link atop this piece.

Also check out Mick’s Standard League Rankings for Quarterback and Running Back.