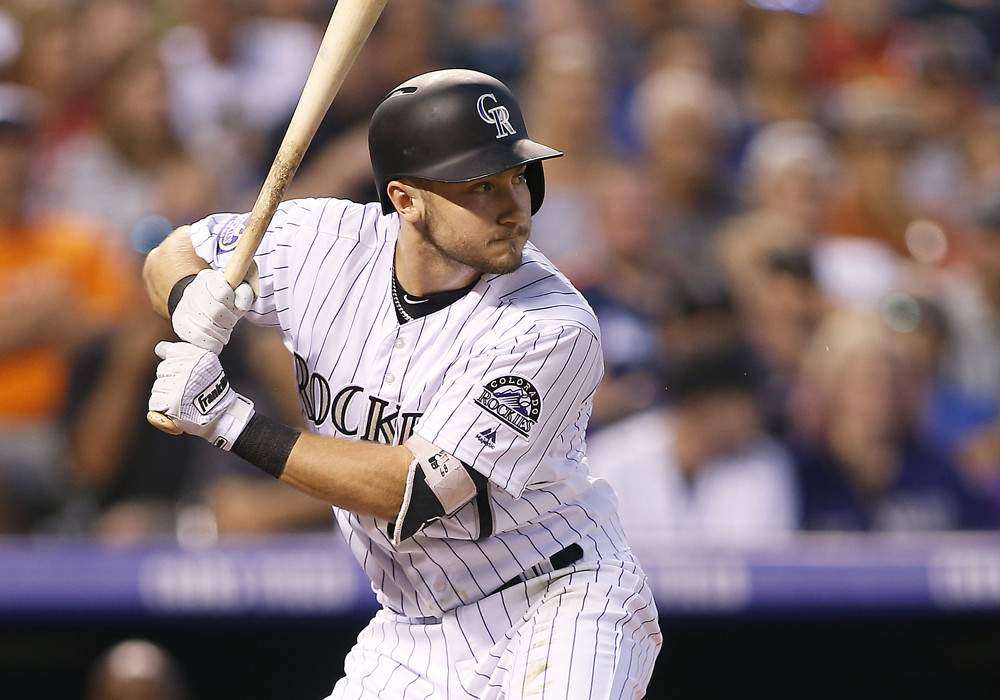 Remember when second base was almost as abysmal as catcher when it came to fantasy value? Not anymore. Young, exciting players like Javy Baez, Ozzie Albies, and Gleyber Torres have rejuvenated a position full of aging vets and there are more top prospects on the way too. Suddenly, second base isn’t so boring anymore, is it? When it comes to my top-250 rankings, 12 made the cut with seven of them slotting within the top-100. And no matter what type f second baseman you like for your dynasty squad, this position has it. High average guys? Check. Elite speed threats? Check. There’s even some sneaky good power at this position too. Yeah, second base in fantasy is going to be just fine.

Top Prospects by Position – Second Base

If you’ve read my work over the last six months or so, you’ll know I’m incredibly high on Garrett Hampson. I got several live looks at him during his time with Double-A Hartford over the last two seasons and was thoroughly impressed with the profile. Hampson does two things incredibly well: Make contact and steal bases. Both his hit tool and speed I would grade as 60s or 65s. The swing is compact and direct through the zone with an all-fields line drive approach. In a neutral park, Hampson profiles as a 5-10 HR hitter, but that’s elevated to the 10-15 range with Coors Field being his home for half his games. Add in a strong batting average and plenty of speed and you have a fantasy dynamo in the making.

“But Hiura doesn’t have much power.” False. Hiura might never be a 30-homer guy, but there’s plenty of thump in his bat and he proved that down the stretch in 2018 and into the AFL. This is a hitter that should annually be among the league leaders in extra-base hits with the upside for 20-25 of those to clear the outfield fence. His .300+/25/20 upside and high floor makes Hiura the numero uno option at this position.

When it boils down to it, Vidal Brujan is fairly similar to Hampson, both in strengths and overall upside. Brujan is primarily a contact/speed prospect with both his hit tool and speed grading at least as plus, if not higher. Saying he broke out in 2018 is an understatement. Brujan finished with a .320 average, 41 extra-base hits, and 55 steals in 122 games split between the Midwest League (A) and Florida State League (A+). This is a prospect firmly on the rise and easily could be within my top-25 overall prospects at the mid-season update.

Part of me wanted to put Luis Urias in the first tier, but the limited power/speed profile kept me from doing so. The hit tool is phenomenal, giving Urias a fairly high floor as a guy that should hit around .300 or better, which is highly valuable in today’s game. As long as he can hit 10-15 homers and add 5-10 steals as well, Urias should approach top-10 fantasy status at the second base position within the next couple of seasons. He’ll get some run at shortstop this season but should slide back over to second once Fernando Tatis Jr is deemed ready.

What I love about this tier is the mix of talent. You have some floor guys like Urias, Shed Long, and Brandon Lowe, and some upside plays like Jahmai Jones and Esteury Ruiz. Let’s talk about the latter duo for a second.

Jones doesn’t get nearly enough love in prospect circles if you ask me. Sure, was the .239 batting average last season a tad underwhelming? Absolutely. But don’t forget that this is the same guy that hit .302 in 2016 and .282 in 2017, including a .302 average in 41 California League (A+) games that season. Throw his .239 average last season out the window. That’s not indicative of the type of hitter Jones has the potential to be. The contact skills are solid and Jones has shown the ability to use the whole field better over the last year or two after being more of a pull hitter at the beginning of his professional career. Throw in the potential for around 15 homers and 25-plus steals and you have a strong fantasy second baseman.

With Ruiz, the upside is centered around the plus-plus speed that has helped him steal 88 bags in 225 games with a solid 76.5% success rate. On top of the speed, Ruiz socked a career-high 12 homers in 2018 in the Midwest League (A) with 20 doubles to go along with it. I was tempted to slide him into my top-100, but kept him just outside due to the approach he showed last season. The average plummeted to .253 (and that was with a high .345 BABIP) and Ruiz’s strikeout rate rose to 28.6%. Ruiz has a ton of talent and could be a dynamic top of the order table-setter and fantasy force some day. However, to reach that upside, he’ll need to work on his approach and using the entire field more.

Just call this tier the Padres tier. Three San Diego second base prospects check in here and all three are very intriguing from a fantasy standpoint. Out of the trio, Esteban Quiroz will be the first one to reach San Diego. After spending seven seasons playing in Mexico, the Boston Red Sox came calling, signing the then 26-year-old to a minor league contract. Though his time in the Red Sox system was a brief 32 games/106 AB, Quiroz impressed with a .283/.406/.547/.953 slash line, seven home runs, and nearly as many walks (19) as strikeouts (22). It’s a small sample size, but still brings the intrigue. And if Luis Urias or Ian Kinsler go down, Quiroz could realistically take over as the every day second baseman in San Diego.

A little further away is the duo of Tucupita Marcano and Eguy Rosario. This duo might not be household prospect names quite yet, but the offensive potential makes them worth monitoring. After a rough showing in the Dominican Summer League in 2017, Marcano came stateside in 2018 and raked to the tune of a .366 average across 52 games in the Arizona league (RK) and Midwest League. With Rosario, the results have been a 180 to Marcano, hitting .346 in his debut but .246 and .237 since then. He’s a much better hitter than that and possesses plus speed upside too which has been on full display in the low minors. Both men are years away from the Majors, but definitely are names to monitor in dynasty leagues.

Outside of the San Diego trio, there are several upside plays I’m keeping a close eye on. Jarren Duran, a 7th round pick by Boston, came out swinging a hot stick after being drafted and has the contact skills and speed to have an impact. The newest Astros farm hand, Luis Santana, is a name that needs to be on everyone’s radar as a 15/15 threat with a solid plate approach. Rochest Cruz could be the biggest riser of this group by next season if he continues to showcase his advanced plate approach, contact skills, and plus speed once he comes stateside.

Other potential breakout names are Raynel Delgado and Kody Clemens.