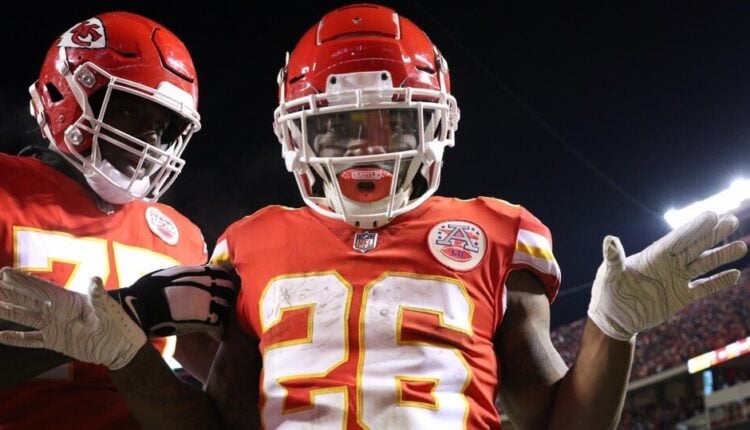 I’ll be the first to admit that ADP is not something you should live and die by when drafting your fantasy football squad. It’s best to have a list of overall rankings with you at the draft, whether that’s mine, somebody else’s or your own. You should be aware of the ADP, especially on the site you play for, which by now we hope is Fantrax.

As we get closer to the season, the ADP is starting to take shape. I’ll be sure to check in with some risers and fallers at a later date, but for now, I’ve highlighted a few players who are going late in drafts. A lot later than where I have them finishing.

Before we get to the overall rankings, let’s take a look at a few players that I value significantly higher or lower than current ADP. Don’t draft on ADP, but know where guys are going.

David Montgomery’s fantasy stock started to climb the minute he was drafted by the Chicago Bears. The selection has certainly made us forget about Mike Davis and Jordan Howard who we’ll get to below. Seriously, though, look at Montomgery’s stock over the last month thanks to our friends over at Fantasy Football Calculator. 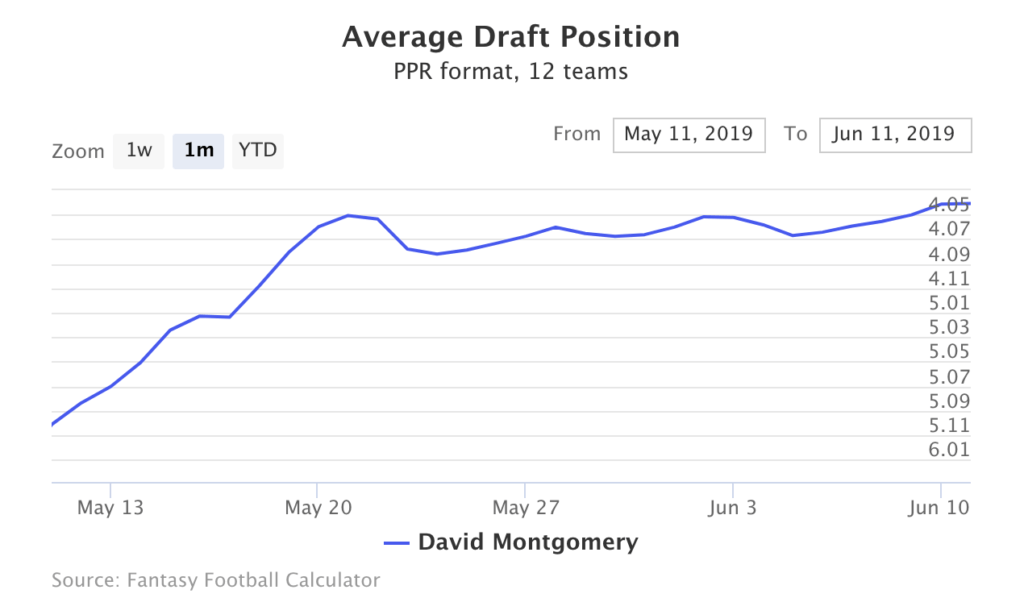 Montgomery ran for at least 1,100 yards in each of his past two seasons at Iowa State. He has a chance to put up the same kind of numbers Kareem Hunt did as a rookie under Matt Nagy in KC. Montgomery may only catch 25 balls, but he’ll be a red zone threat and he’s stepping into a situation where he can be the lead guy.

Howard’s 250 carries were the sixth most last season and he finished in the top 10 with 270 touches. Only Ezekiel Elliott and Todd Gurley have more rushing yards than Howard’s 3,370 since 2016. Tarik Cohen will have the same role as last season as he only reached double-digit carries in one of his 16 games. It’s his 75 catches and 124 over his first two seasons that has us excited in PPR leagues.

Montgomery will have every opportunity to top 250 touches in his first season behind a great offensive line. Montgomery is RB 22 on Fantasy Football Calculator and his ADP on Fantrax will rise as drafts continue to happen. My guess is there will be a bit of a committee until Montgomery fully takes over, so if you don’t get him on draft day you may be able to buy low.

I’ve already touched on why I have Todd Gurley where I do in my running back rankings, so I won’t go into great detail. I’m worried and I don’t want to risk a second round pick on the fact he may get 10 touches a game.

I’m going to view Latavius Murray very similar to how I viewed Mark Ingram over the past couple seasons and that’s RB2 talk. Ingram racked up 1,700 yards in the last two years with the Saints (28 games) and he scored 18 rushing touchdowns. Murray has 26 rushing TD’s over his last three campaigns and will likely get 10 touches a game in a high powered offense. So, take those numbers from Ingram and put him on a team who led the league in rushing attempts last season and likely will this year. The Ravens tipped their hand when Gus Edwards was on the field because he couldn’t catch. Ingram can. Target him in the fourth, especially if you start WR/WR.

Damien Williams has never had a season with more than 50 carries and he’s only had more than 13 carries in a game once. I’m convinced he can be really good in this Andy Reid offense, but I’m not convinced he can hold up. The contact, the talk up, it all makes sense as it’s set up for Williams to have a plus season. Hyde has two seasons of 900-plus yards and caught 59 of his 87 targets in 2017.

These two guys are basically free to draft. The difference in my overall rankings and Fantrax’s ADP has a lot to do with how I feel about quarterbacks and tight ends. I tend to rank running backs and wide receivers a higher. Hamilton finished his rookie season with at least five catches and 40 yards in his final four games. He also found the end zone in two of those games.

Are you onboard with Chris’ Overall Rankings for PPR? For more great rankings, sleepers, and analysis check out the 2019 Fantrax Fantasy Football Draft Kit.