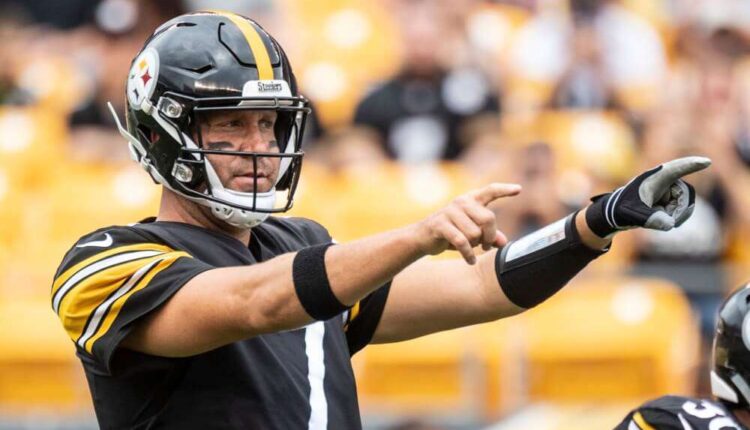 Last year, the Steelers went forward without Le’Veon Bell. This year, they’ll be going forward without Antonio Brown. Pittsburgh has said goodbye to plenty of talented skill position players in the past, but never two of this magnitude in back-to-back years. Never. It’s been long discussed after D’Angelo Williams and then James Conner had good runs that the offensive system is what’s making the stars, not the player themselves. Plaxico Burress left and Santonio Holmes stepped up. Then Holmes left and Brown became a star. Now, emerging star JuJu Smith-Schuster appears to be the air apparent. But as Ben Roethlisberger ages and premium talents have abandoned him, can the system still make stars out of what’s left?

Impact: Let that sink in for a minute. I know Bell sat out all of last year, but Bell AND Brown are now gone. Two first-round fantasy stalwarts and All-Pros have vanished from the roster. The Steelers offense moving on and being productive is very likely. Their ability to be prolific is the question. The running game is more vulnerable compared to the passing game simply from the question of James Conner holding up to the expected workload. However, replacing Brown’s annual 100+ catches, 1.2+K yards and double-digit TD”s every year won’t be a piece of cake either.

Impact: Donte Moncrief is an experienced veteran who will be seen as a safety net should James Washington not live up to the hype. Moncrief will be a trendy late-round pick in the fantasy football community. Nelson was a quietly solid add to a secondary in need of depth. They’re taking a shot that Mark Baron can get back to his 2016 self. Time will tell.

Impact: There’s been a glaring hole in the Steelers defense since Ryan Shazier’s injury and Devin Bush goes a long way towards filling that hole. The Steelers were very high on Dionte Johnson and they got their man. However, he’s not likely to make a big impact in 2019 unless Washington flops and Moncrief gets hurt. Benny Snell is a tough runner who will no doubt endear himself to the Steel City crowd. Should James Conner miss time, Snell could leapfrog Jaylen Samuels for work. Keep a close watch on Snell in dynasty and deep leagues.

OFFENSIVE OUTLOOK: The Steelers have been a premier fantasy offense for years, but now they have something to prove with their two best weapons no longer on the roster. The good news is that James Conner and JuJu Smith-Schuster are up to the task and both are cheaper than what we were used to paying for Bell and Brown (perennial first rounders). Conner will go mid-late 1st round, while JuJu will consistently go in round 2. Both are certainly RB1 and WR1 material. The rest of the supporting cast is suspect. James Washington is a boom or bust guy, Moncrief is more of a role player at this stage of his career and Eli Rogers and Vance McDonald are never going to be consistent fantasy options. Still, Ben Roethlisberger will throw for 30 TDs and over 4.5K yards because the system is strong. Too bad only two other pieces are unreliable in fantasy circles.

DEFENSIVE OUTLOOK: The Steelers ranked 6th in YPG in 2018 , and were top-10 against the run and the pass. The trouble was, in big spots they lacked the presence of Ryan Shazier and it showed in crucial moments. Devin Bush has every chance to be that kind of player and bring back a Steelers defense that’s lost its edge in recent years. T.J. Watt led the team in sacks with 13, but no one had more than 80 tackles on the roster, so Bush and Watt seem like the best IDP assets in 2019 fantasy leagues. As a collective, expect them to be a top 10 unit once again, with the chance to move up the board.

2019 OUTLOOK: The AFC North has experienced a paradigm shift last season. The Browns are no longer the doormat of the division, the Ravens got much more athletic year over year, and the Bengals have some decent young talent and a new offense. The Steelers may still be the early favorite in the division, but they are far from a lock to win it. If you believe that Bell and Brown were a drain on the locker room, then a refreshed Steeler squad could show up in 2019 with a rejuvenated spirit. It’s equally possible that the loss of that immense talent rears it’s ugly head and the Steelers have a tough hill to climb. The Steelers are a playoff contender, and one of the more intriguing teams to follow this season.

10 Unexpected Fantasy WR Scenarios That Could Become Reality in 2019