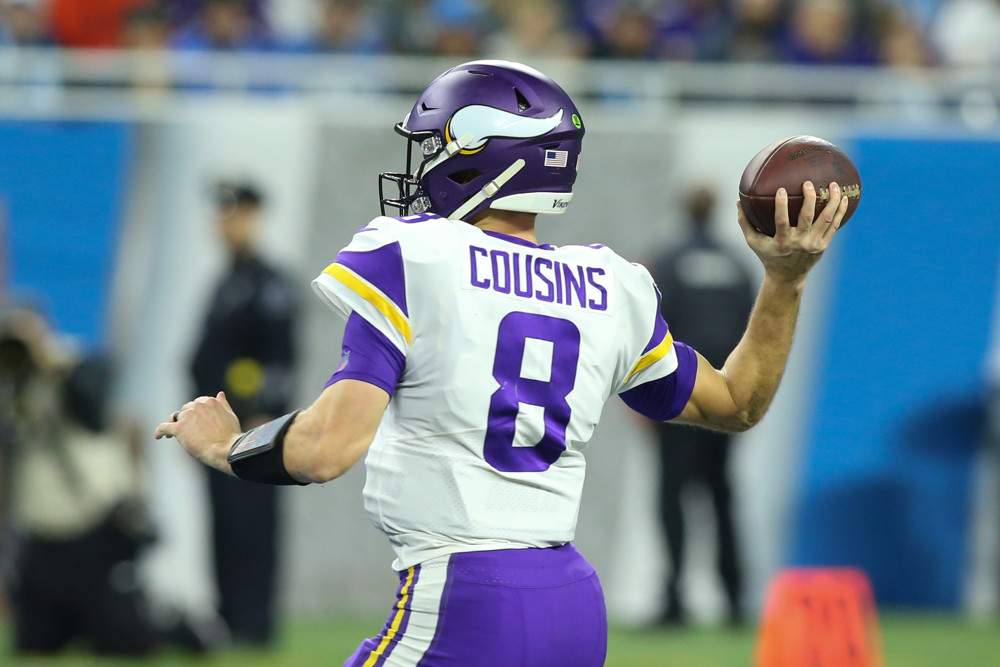 The Vikings aren’t broken, but they do need some fixing. The defense is still legit and the offense has the weapons to rise above last year’s mediocrity. Perhaps it was a perfect cocktail of Kirk Cousins expectations, Dalvin Cook’s health, and a knack for untimely turnovers that lead to a 2018 hangover for Minnesota. However, they are arguably as well poised as any team in their division to make a run at the NFC North crown. One thing is for certain, the window is closing from a cap perspective, so if they fail in 2019, heads will roll.

Impact: The Vikings will have no problem absorbing these losses. Richardson was good last year, but he was also on a “show me” contract situation. Latavius Murray was admirable filling in for Dalvin Cook the last few years, but he wasn’t worth the financial investment and the center situation they nailed in the draft.

Impact: In an off-season of extensions, that followed signing Kirk Cousins last year, the Vikes weren’t going to be a big player in the free agent market.

Impact: Garrett Bradbury was the right choice for the Vikings with their first pick. They had a void at center and Bradbury seems to have all the makings of a solid, long term NFL lineman. He was thought of as the best outside zone blocking interior lineman, and that will come in handy in this new offense. I for one liked the Irv Smith pick, he has speed and nice YAC skills. My like for this pick was also tied into the notion the Vikings would be moving on from Kyle Rudolph within the year. When Rudolph signed an extension (4 years/$36 mil), I soured quickly. Minnesota is a “win now” roster and could have made a pick to make an immediate impact on the defense or even more offensive line depth. It made little sense to draft the TE of the future and extend Rudolph with so many other needs. Speaking of needs, the Vikings needed more depth at running back behind a questionable Dalvin Cook. Mattison will be serviceable in that role and could see more touches than expected if Cook falters again.

Gary Kubiak was hired in the off-season, but he won’t be calling plays. Play calling will fall on Kevin Stafanski, and honestly, anything other than John DeFilippo will be an improvement. Statistically speaking, Kirk Cousins wasn’t as bad as perceived. He threw for 30 TDs and just 10 INTs with almost 4.3K yards. It was the untimely mistakes that didn’t show up in the box score that dragged down his fantasy credibility. That being said, he could easily finish in the top 10 of fantasy QB’s in 2019 with this offense. Adam Thielen was about as good as it gets over the first half of the season and will once again be a strong fantasy asset. He had (9) 100-yard games, 9 TDs, and 113 rec for 1,373 yards in 2018. Meanwhile, Stefon Diggs had over 100 catches and 1K yards, and 9 TDs as well. Diggs is a great auction value because he has #1 numbers, but is the #2 on his own team. Kyle Rudolph is a spot starter who has never really found consistent fantasy value and Laquon Treadwell looks like a bust. It could be said that behind Todd Gurley, only Dalvin Cook is a bigger fantasy gamble in 2019. If he plays 16 games, most would agree he’ll be an RB1 lock. If he doesn’t it will cost you another high draft pick for a third straight year. As your second RB around the turn I get it, but as your #1, I think it’s too risky.

The Vikings were top 5 in YPG, Pass YPG allowed, and PTS allowed, but they were middle of the pack against the run and didn’t create a huge amount of takeaways. Still, this will be a top fantasy unit in 2019. Danielle Hunter’s 14.5 sacks will make him an IDP asset along with Eric Kendricks (108 tackles) and Harrison Smith (84 tackles/3 INT). I wish they had added another DT instead of the Irv Smith pick in this year’s draft, but that ship has sailed.

The Vikings have a better defense than the Packers and a better offense than the Bears. If they can find balance to their attack and some better play calling, they can be a playoff team once again. Cousins is in his prime with a plethora of weapons. It comes down once again to Dalvin Cook’s ability to stay on the field and the defense to maintain their strong level of performance. They’re one of the better overall team values in fantasy football 2019.