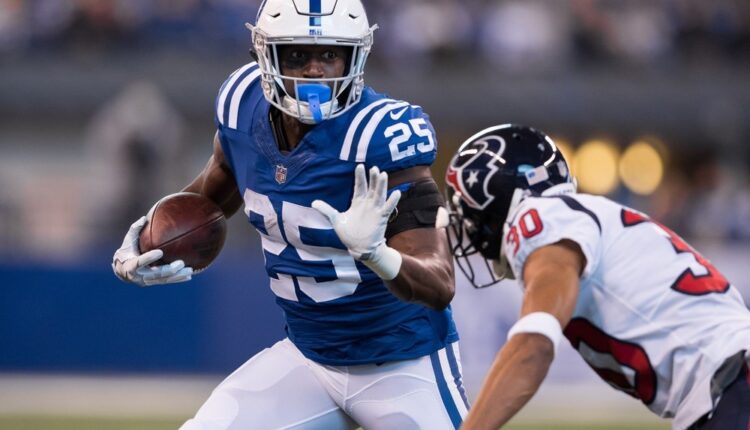 Everything came up roses for the Colts last season. They had a spectacular draft, landing Quentin Nelson and Darius Leonard who basically reshaped their respective sides of the ball. Marlon Mack showed number one RB potential down the stretch. Andrew Luck returned to health and his MVP form and brought Indy back to the playoffs. The offensive line’s massive improvement was the key to the team’s success. Now that they can protect the franchise, the Colts are sure t make some noise again in 2019. Still, there’s an air of fantasy football mystery surrounding the weapons and how their values will play out.

Impact: The Colts lost some WR depth, but luckily they are none the worse for it. They really had very little roster movement year over year. Continuity is a strength in the modern day NFL, and a rarity.

Impact: Devin Funchess may be a polarizing fantasy asset, but when you consider his ADP and the fact he now has Andrew Luck throwing him the ball, its hard not to at least give him consideration. The trouble is, the consistency of targets will be unlikely. Justin Houston is a great veteran presence to bring to this young defense and can still provide the pass rush that Indy lacked last year.

Impact: The one real weakness remaining on the Colt’s D was the secondary, and Ya-Sin should make an immediate impact. The only question is how quickly he’ll make the adjustment to the Colts zone scheme after being a man-to-man corner in college. Banogu should help the pass rush and with adding depth, since they believe he can flex out to LB as well. Parris Campbell is the player fantasy owners are taking a hard look at after an impressive combine. Campbell has elite speed and could be a great slot option, but T.Y. Hilton also likes working out of there so there are no 2019 guarantees. Campbell is a better dynasty asset right now considering the dearth of weapons and Luck’s penchant for spreading the ball around.

Having lots of weapons is a great thing for Andrew Luck, but a double-edged sword for fantasy owners. Eric Ebron was a game changer after being left for dead but the Lions. But, now Jack Doyle is back healthy and that could put Ebron’s target share in question. Devin Funchess is also now in play. He’s never played with a passer as skilled as Luck and could surprise folks. Then there’s Chester Rodgers, Nyheim Hines, and rookie Parris Campbell.  Dizzy yet? T.Y. Hilton remains the lone dependable option, but even he caught just 6 TD’s last year in this offense. A full season from Marlon Mack should result in a lock RB1 season, even if Hines gets reasonably involved. Mack’s ADP is perfect right now and should be taken advantage of, especially for teams who double up on WR or that take Travis Kelce early and pass on RB rounds 1/2. The rest are frankly a week to week crap shoot, barring injuries.

The Colts finishing 11th overall in YPG was a big surprise. Darius Leonard’s 163 tackles and 7 sacks carried this unit and he became a rookie IDP sensation. He and Anthony Walker dominated from the middle of the field, but they were still a “bend don’t break” unit as a whole. The secondary theoretically improved in the draft as did the pass rush adding Justin Houston. The schedule will be tougher this year, but the Colts are still at the very least a nice streaming option.

The AFC South is a two horse race in my mind, and the Colts are the horse to beat. Exploiting matchups with the Colts in DFS will be profitable, but season-long assets remain Luck, Hilton and Mack in terms of weekly fantasy value. If Ebron repeats his 2018 breakout it will shock the world, but not me. Keep an eye on how far he falls in drafts. At a certain point, he’s worth the risk when you consider the rest of the lower TE field.