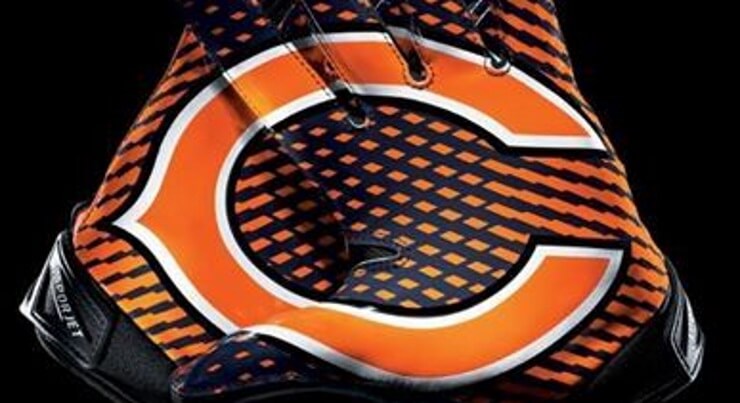 Last year, the Bears were my pick for surprise team of 2018, and surprise they did. My feeling was they would start to click in the second half and come on strong and Matt Nagy would emerge as one of the premier coaches in the NFL. They added Khalil Mack right before the season started and then came out of the gate guns a-blazin’.

Mitchell Trubisky wore down a bit as the season went on and the offense lost some steam overall. However, Trubisky threw for 300 yards in the Bears’ Wild Card loss to the Eagles and it was great for him to get his first taste of the playoffs in his first full season. The trouble is, they’re still in a tough division with the Vikings and Packers poised to return to relevance. Can the Bears rule the NFC North again in 2019?

Impact: The writing was on the wall for Jordan Howard in Chicago. He just didn’t seem to be a comfortable fit with HC Matt Nagy. In the draft, they made replacing Howard a main priority. Losing Amos was a blow, especially within the division. However, they had a plan and enacted it quickly this offseason.

Impact: Skrine and Dix will fit in nicely to the Bear’s secondary and Dix and Amos were, in essence, a clean swap. Mike Davis is the veteran brought in to help give some depth and take pressure off David Montgomery, but I think it’s foolish to think he’ll be a fantasy asset barring catastrophic injury. Cordarrelle Patterson showed some versatility with the Patriots last year at the running back spot, and the Bears will likely use him as a jack of all trades in 2019, returning kicks, playing some WR and RB too potentially.

Impact: The Bears didn’t have a pick until the 3rd round, but they got the piece they’ve been searching for in David Montgomery. With Jordan Howard now in Philadelphia, the hope is Montgomery becomes the workhorse and Tarik Cohen maintains his role as the playmaker. Montgomery will certainly be off the field in passing downs, seeing as his grades in that respect weren’t great at Iowa State. Still, fantasy owners should be excited about the value of Montgomery inside the 20 this season and at the goal line, so long as the ADP doesn’t rise too high. Riley Ridley (younger brother of Falcon’s WR Calvin Ridley) has been labeled a possession receiver since he lacks elite speed. Don’t expect much from him at all in year one.

For his first full season, you can dub 2018 an overall success for Mitchell Trubisky. He seems most comfortable rolling out and making plays on the run. Trubsiky is an athletic QB, who rushed for 400+ yards last year, but there’s plenty of room to improve in the pocket. Inconsistency is what plagued him. Some games he looked like an All-Pro, and others he looked lost. That makes him a tricky QB2 option in fantasy this year because you never knew which version would show up.

Tarik Cohen will continue to be a flex play in PPR, but the expectation is that David Montgomery will be the lead back as early as Week 1. Allen Robinson will be the main target (but still a WR 3 type in fantasy), but Trey Burton, Taylor Gabriel, and Anthony Miller will continue to underwhelm. That is unless Trubisky can take the next step in his development. Trey Burton is worth a second look this year. Many were high on him last year, and with good reason. With the TE position lacking proven depth, Burton is worth another flier in 2019.

The Bears were ranked 3rd in YPG last year, 7th against the pass and 1st against the run. They held teams to a staggering 80 yards rushing per game. Akiem Hicks, Kahlil Mack, Roquon Smith, and the rest basically reestablished the Bears as the Monsters of the Midway once again. There was some changeover with the secondary, but not a loss of talent. This is an elite fantasy unit with some top IDP studs.

The Bears will continue to be a stellar defensive team. How far they can go will depend on Trubisky’s continued development and the ability of Matt Nagy to establish a consistent running game. With that stellar D, a true ground and pound could be a potential game changer. If they can run the football more effectively and “the good” Trubsiky shows up every week, they can repeat as division champs. If they can’t, they could miss the playoffs altogether.

Joe’s making his way through all 32 teams. Check out all of his Fantasy Previews.