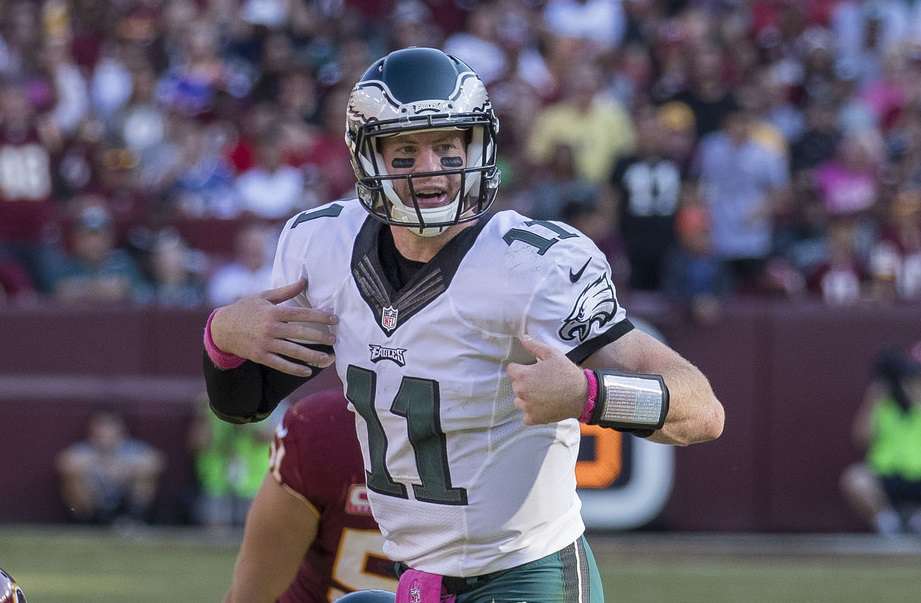 As the calendar turns to June, it’s time to release the first edition of my 2019 fantasy football quarterback rankings. These rankings will change slightly from week-to-week, but the strategy remains the same and it involves patience. There’s absolutely no reason to draft Patrick Mahomes in the first couple rounds, or even Andrew Luck for that matter.

If you drafted Aaron Rodgers in the third round or Tom Brady in the fifth last season, you missed out on the following from rounds 4 to 6: Adam Thielen, Zach Ertz, JuJu Smith-Schuster and Brandin Cooks. You likely passed on running back depth in Derrick Henry and Chris Carson, for a shot at Rodgers. Now, the latter seems more appealing and this has nothing to do with A-Rod. He’s one of the best and he’s nice to own, but you’re better off finding value later in the draft like some did with the following.

Running back depth is hard to come by. In order to have two or three solid options at both RB and WR, it means you should wait on your QB. This strategy does not apply in SuperFlex or Two-QB leagues as they tend to fly off the board in those settings. You should draft two within your first three or four picks in that case. Trust me, you don’t want to get stuck with mediocre QB’s in SuperFlex leagues.

I can see most glossing over Carson Wentz due to his injury history which could create amazing value on draft day. Wentz has all the tools and skills to get back to his 2017 season which would have likely resulted in an MVP award, if he didn’t blow out his knee. Wentz threw for 3,296 yards and 33 touchdowns in 13 games that season. He was on pace for even more yards in 2018 if not for another injury which limited him to 11 games: 3,074 yards and 21 touchdowns.

Wentz returned to the practice field on May 21st and continues to get better with each day that passes by. He’s starting to create a buzz with DeSean Jackson as he’ll be Wentz’s first true deep threat. I understand the risk in this pick if Wentz gets drafted as a top-five QB, but there’s only upside if he falls in the mid to late rounds. I don’t always suggest two QB’s, but with Wentz, you’ll want to back him up with a much later pick. The Eagles don’t seem to be worried about his health as they made him the fourth-highest paid QB (per year) in the league.

*Updated: Wentz is starting to create some MVP and fantasy buzz, so he isn’t quite QB14 off the board anymore. Fantasy Football Calculator has Wentz as the 8th QB off the board, which is seven spots higher than where he was in June.

Matt Ryan finished as the second in the quarterback rankings last season and early indication at Fantrax is that he’s you’ll have to pay that price on draft day. That’s a big yikes and you’re setting yourself up for disaster. It’s not that he doesn’t have games: Ryan has averaged 4,640 yards and 28 touchdowns over his last seven seasons. He’s one of the safer QB’s out there, but a fifth-round pick is a steep price to pay.

Ryan finished third in passing attempts (608) passing yards (4,924), and touchdowns (35) in 2018. He had his most passing attempts since 2015 and most completions since 2013. The Falcons’ QB finished 20 yards shy of the career high 4,944 he tossed in his 2016 MVP season. Ryan had 77 more passing attempts in 2018 than 2017, as his team dealt with numerous injuries. They found themselves playing from behind often. I don’t anticipate the defense being as shaky this season.

Matty Ice also has a history of needing some time to get used to new offensive coordinators as Atlanta brought in Dirk Koetter.

I view Josh Allen as a borderline QB 1 and I may get there as we get closer to the season. Allen has a solid floor thanks to his rushing ability and his deep ball provides an intriguing ceiling. Allen finished second among quarterbacks in rushing yards with 631 and he led all QB’s with eight rushing touchdowns.

The Bills’ rookie accomplished that in 12 games and he broke Michael Vick’s record for the most rushing yards by a QB in his first eight starts. Allen surprisingly finished first on his team with 21 red zone rushing attempts. That likely won’t happen again because there are like 100 backs in Buffalo, but he’ll still call his own number and he could score 3-5 rushing touchdowns by doing so.

Allen may not run around as much in 2019, but the offensive line is improved as are his offensive weapons. Next Gen Stats says Allen led the league in average attempted air yards, average air yard differential and largest completed air distance. He also led the league with an 11.2 aDOT and finished eighth in yards per completion despite an ugly 53 completion percentage. Allen’s passing will only improve, but it’s really the rushing upside that has him so high in my quarterback rankings.

I’m a fan of Robert Foster (league-high 22.9 aDOT among WR’s with 41 targets). I also liked the additions of John Brown as well as Cole Beasley should help this offense.