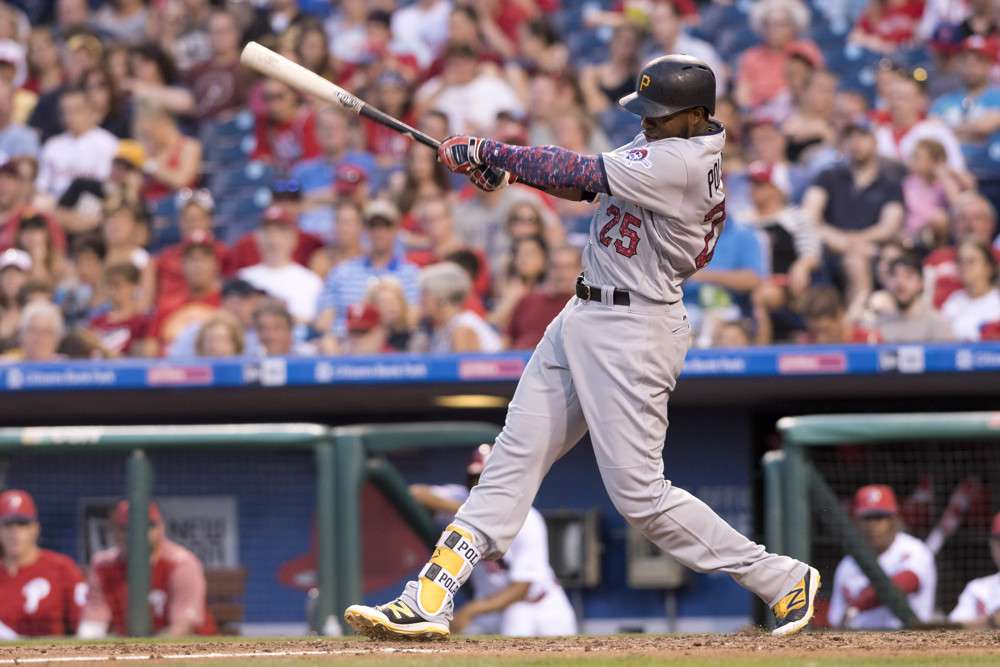 Gregory Polanco – Time to Prove It

About this time four years ago, Gregory Polanco was an up and comer in Pittsburgh, a potential superstar, and a universally ranked top-25 prospect in all of baseball. Baseball America had him ranked 10th overall in their pre-2014 prospect ranks, ahead of guys like Francisco Lindor (13th), Noah Syndergaard (16th), George Springer (18th), Carlos Martinez (31st) and Gary Sanchez (35th). Obviously, Polanco hasn’t reached the same potential that those players have, but he is still very young. The 26-year-old speedster enters his fourth year in the big leagues without many accolades or achievements to show to this point. Polanco has yet to put together a 20/20 season, hit for over .300, or be selected to an All-Star game.

This could mean absolutely nothing, as players have good years and bad ones, strong starts to their careers and weak ones. Or it could be a career trend that the former top prospect never shakes. Polanco has shown flashes of brilliance like he did in his first 50 games to start 2016. Polanco slashed .310/.386/.556 in his 216 plate appearances with eight home runs, seven stolen bases, 36 RBI, and 38 runs. Absolutely an incredible start to the season. However, that was followed up by .229 batting average and a .697 OPS the rest of the season. We keep waiting for him to put together the power and speed at the same time — maybe combine his 22 home runs from 2016 and his 27 stolen bases from 2015 — but is it going to come? In looking at the rest of his 2014 prospect class, other highly ranked players like Miguel Sano, Javier Baez, and Maikel Franco have also stumbled out of the gate offensively.

Separating the speed from the hit tool for a second, Polanco’s bat by itself doesn’t exactly stand out. In comparing Polanco to the other hitters from last season (min 400 PA), his main advantage is his ability to make contact. His 82% contact rate was 63rd best in the league, which helped him reach a near-elite strikeout rate of 15% (Rank – 40th). Polanco’s approach takes a bit of a hit when you consider that his 6.6% walk rate was below league average (9%) and that only 51 hitters (min 400 PA) had a worse walk rate in 2017. Some of the hitters who produced a better walk rate were Michael Taylor, Jonathan Villar, and Billy Hamilton — not exactly the class you want to be in as far as plate skills are concerned. Off the bat, Polanco is a pull-first type hitter with an attractive 16.2-degree launch angle. His 86.5 MPH average exit velocity is below average at best, but he still has enough pop to get the ball out of the ballpark for 15-20 home runs per year.

Polanco’s per-season production has been stunted by his array of on-the-field injuries over the last several years. The site InsideInjuries.com has Polanco’s overall injury risk graded at “High” and has chronicled his last seven injuries in the last three years. Previous injuries do not always lead to future injuries, and a narrative of him being held back by ailments is easy to draw up. If we take the averages from his last three seasons, excluding his rookie season where he played in only 89 games, Polanco’s season production looks like 14 home runs, 17 stolen bases, 67 runs, 58 RBI in 135 games played. These on-the-field results have brought fantasy owners a mixed bag over the last three seasons. Polanco has two top-100 finishes (2015 and 2016), according to ESPN’s Player Rater tool, and a disappointing 267th overall finish in 2017. Obviously, Polanco missing 54 games didn’t help the rank, but how does he stack up to others around him at his current 161 Fantrax ADP?

For this we can use a sample size of the last 1,000 plate appearances for Polanco and other speedy outfielders being drafted around the same spot. As you can see below, there are six outfielders selected to compare, using Green as an indication of leading the group and Red as a way to highlight who is trailing in that particular stat. Polanco runs away with the RBI category easily, having 24 more than any of the others. He also appears to have the most home runs, tied with Kevin Kiermaier (33). Polanco has a lot catching up to do in the other categories, though, if he is going to out-earn some of the other hitters listed. Eaton, for example, is going a few picks before Polanco and eclipses him in six of the categories easily and trails him in stolen bases by only one. Easton also might make up some of the ground in RBI with the Pirates’ lineup downgrading this offseason. A player like Jonathan Villar surprisingly outperforms Polanco in this sample, providing a better batting average, similar runs plus RBI totals, pretty close HR totals, and then runs away in the stolen base department.

Polanco could snap right back into his top-prospect form from a few years ago, and no one would think twice about it. That being said, he has a few hurdles to step over on his way to being the next Francisco Lindor or George Springer. For one, he needs to stay healthy. Seven injuries in three years should provide more of a discount than an 11th-13th round pick, but that is not the case for 2018. Polanco will also need to improve his plate discipline if he is going to get on base enough to maximize his steals potential and score runs in an underwhelming Pittsburgh lineup. Lastly, he needs to outperform those around him, and it’s hard to see a path to that without falling into the “prospect pedigree” or “coming off an injury” traps. Polanco should have a favorable lineup spot in 2018, but it’s still hard to project him for more than low 70s runs and RBI with 25 stolen bases and 19 home runs to go along with his mediocre batting average. A potential breakout is still alive for Polanco, but 2018 is the year he is going to have to prove it.