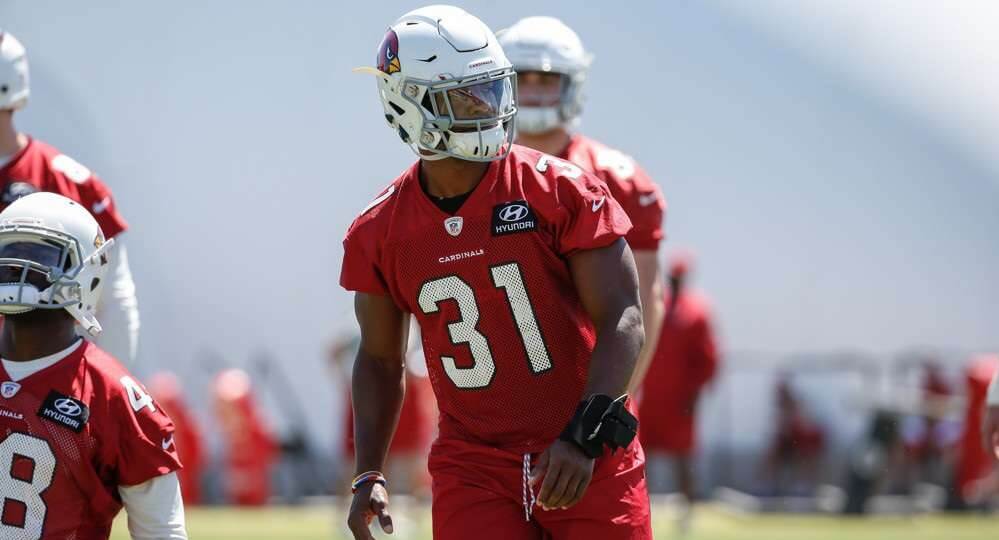 Fantasy Football Week 6 is in the books and with it came the gift that keeps on giving. Stats. At the conclusion of each week for the 2019 fantasy football season, I will be sifting through all of the fantasy football stats produced. I will filter out stats I find noteworthy or valuable to pay attention to moving forward. I hope this list of stats from encourages you to stop and assess the possible impact each stat could have on fantasy values in NFL Week 7 and beyond. Conversely, stats are fun. Enjoy each one for what it is and don’t overthink everything presented.

1.) Kirk Cousins had his best game of 2019 in Week 6. He completed 22 of 29 for 333 yards, 4 TDs, and 1 INT. He finished the week as the #6 QB. This is what we all thought we would be seeing on a consistent basis with the weapons he has in Minnesota. Before you go out and grab him or make some crazy trade offer, Cousins draws the Lions defense in Week 7 and I expect him to come crashing back down to earth.

The Chiefs can not establish the run. I know this offense is tempting to have a piece of but stay away from this backfield.

3.) Matt Ryan was the #1 fantasy QB in Week 6. He had 356 passing yards and 4 TDs! In his first 3 games this season, Ryan had thrown 6 total INTs. He has done much better protecting the ball with only 1 total INT in his last 3 games. He has thrown multiple TDs in every week except Week 4. If Ryan can continue limiting his turnovers, he will be in the top fantasy football QB conversation. He’s currently the QB5.

4.) There was only 1 RB to have more than 1 rushing TD in Week 6. That RB is Nick Chubb who finished as the #2 RB last week. It was his third game with 20 or more carries. He had over 100 rush yards and multiple rushing TDs in two of those games. He’s a dangerous RB when given the volume but the Cleveland Browns have been underperforming which has led to more pass attempts for the struggling Baker Mayfield. Don’t panic as a Chubb owner though. The Browns know he is the backbone of this offense and should continue giving him the ball as much as possible if they want to find success.

5.) Stefon Diggs was the #1 WR in Week 6. He had a monster game, catching 7 of his 11 targets for 167 yards and 3 TDs! We’ve seen games like this from Diggs in the past but he just hasn’t put it together on a consistent basis. Unfortunately, we have seen more examples from this Vikings offense that tells us this isn’t going to continue for Diggs. I encourage you as a Stefon Diggs owner to seek trade offers this week before his stock plummets yet again.

6.) Stefon Diggs’ 3 TD performance in Week 6 was the fourth time already this season a WR has caught 3 TDs in a single game. Sammy Watkins, Mike Evans, and Will Fuller are the other three WRs to have 3 TD receptions in one game. Will Fuller did this in Week 5 and as crazy as it is, he dropped all 3 TD opportunities in what would have been another 3 TD day in Week 6. His ceiling is scary good if he can remain as focused as he was in Week 5.

7.) Tyreek Hill wasted no time making an impact in the Kansas City offense in his first game back since Week 1. He caught 5 balls for 80 yards and 2 TDs including a 46-yard TD reception on the very first drive of the game. This is his fifth game since 2018 with multiple TDs. You don’t have to like him but he is a true fantasy football weapon. He just produces.

8.) Chris Godwin is the supposed WR2 in his own offense yet, he leads the NFL in receiving yards and TDs. He’s currently the #1 fantasy football WR. Godwin has either 100+ receiving yards or a TD (or both) in 5 of his 6 games this season. Nothing here to help you in NFL Week 7 but the moral of the story? Don’t be afraid to go after your guys in fantasy drafts. The current top 5 WRs are Chris Godwin, Michael Thomas, Cooper Kupp, Amari Cooper, and D.J. Chark.

9.) Hunter Henry has only played in 2 games through 6 weeks. He is the only TE in the top 47 TEs to have played in fewer than 4 games. He is currently the #18 TE. This just speaks to how volatile the position is. Most of us are streaming week to week. This isn’t new information so for those of us that are playing the guessing game with TEs, DRAFT AN ELITE TE EARLY NEXT SEASON TO SAVE YOURSELF THE HEADACHE! Sorry for projecting.

10.) Four of the top five QBs in Week 6 had nine or more rushing attempts. Rushing QBs provide safer floors and higher ceilings for fantasy in today’s NFL. The top 3 QBs in fantasy all are top 5 in rushing attempts and rushing yards. Keep that in mind when thinking about which QBs to draft or trade for going forward.

11.) James White had -1 rushing yards and 46 receiving yards in Week 6. Not impressive, right? Except he caught all 9 of his targets. This is the third consecutive week with nine or more targets for James White. The Patriots are hurting at WR and Tom Brady leans on White. I’d be reaching out to James White owners for possible trades, especially in PPR leagues.

12.) David Johnson had more receiving yards than rush yards in Week 6 but he still managed to score both on the ground and through the air. The Cardinals offense is beginning to click and Johnson is a big part of it. He now has 100+ all purpose yards or a TD in every game through 6 weeks. He is quietly the #6 RB in fantasy football. Shoot offers out for him now before his value continues to rise along with the Cardinals offense.

Thanks for reading and good luck to all of you in NFL Week 7!