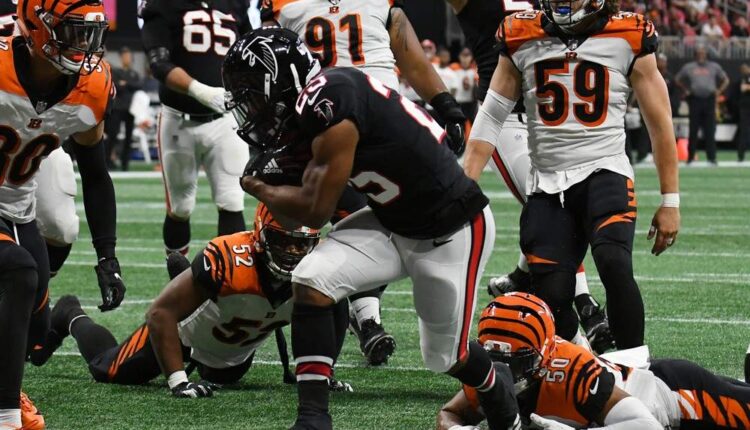 The most elite and productive RBs will fly off the board early in drafts, and once we get past the Top 7 to 8, there is a drop-off in perceived quality. So you have to be on point when hitting your back-end RB1, and especially your RB2 draft targets. Also, if you wait until later than most of the rest of the field, you want to know who has the most potential to exceed preseason expectations. Designed to help you navigate the RB field once we start hitting in double-figure rankings at the position, here are 10 running backs who could be among the biggest fantasy football breakouts of 2019. There’s a lot of promising youth on this breakout list.

Fantasy Football Breakouts at Running Back

Kerryon Johnson, Lions: He displayed the potential to be very efficient as a rookie last season and Johnson was a dual purpose threat. He averaged 5.4 yards per carry, and after he started getting more work in Week 3, he had two 100-yard rushing games, a pair of six reception outings and finished an injury-shortened season with three TDs in two games. He is healthy and ready to go to build on those flashes of promise this season.

Josh Jacobs, Raiders: The only RB selected in the first round of the NFL Draft this year, Jacobs can certainly have a breakout campaign as a rookie. Not only does he run hard and is very physical, he has good cutback moves and can make defenders miss. Jacobs is versatile and works well in the passing game as a receiver and blocker, which means he will be on the field very often. Jacobs will be the goal-line finisher for an improved Raiders offense.

Kenyan Drake, Dolphins: He was grossly misused by Adam Gase, who is now gone. Drake is clearly the best player on the Miami offense and he is a dual threat as a runner and receiver. The Dolphins are looking quite mediocre as a passing team and it would serve them well to frequently get the ball into the hands of Drake, who looked like he could score from anywhere on the field for a brief spell late in 2017.

Ronald Jones, Buccaneers: His rookie season was a disaster in terms of injuries and fundamental failures. But a new regime in Tampa Bay will give him the opportunity to restart his career. The Buccaneers did not acquire anyone to compete with Jones in a major way during the offseason. His only hurdle to a breakout season will be stopgap Peyton Barber. Jones still has a lot of potential and home-run hitting ability as a runner.

Rashaad Penny, Seahawks: Penny occasionally showed us his open-field and explosive talents last year with 12 carries for 108 yards in Week 10, and 65 yards and a TD on seven carries in Week 13. He should get more chances to be a pure compliment to Chris Carson this season, but if Carson battles injuries again as he often does, the door could open at some point for Penny to be the clear starter, and he really may shine with an opportunity to play regularly. Mike Davis is no longer in the way to block Penny from a significant workload if Carson goes down. If Carson does go down Penny is in the perfect situation to be one of 2019’s biggest fantasy football breakouts.

Ito Smith, Falcons: Atlanta made a smart, forward-looking move when they picked Smith in the fourth round of the 2018 NFL Draft. The Falcons front office knew they could lose Tevin Coleman after the 2018 season, which they did, and Davonta Freeman cannot be counted on to stay healthy. Coleman is indeed gone, and Freeman remains a risk. Smith had four rushing TDs in a five-week span as a rookie, and even though he is just 5-9, 195, he could be ticketed for a larger role at some point in 2019.

D’Onta Foreman, Texans: Now in his third season, Foreman finally may get his chance to unseat Lamar Miller, who has been mostly good enough to lose within Fantasy Football since he came to Houston. Injuries have not allowed Foreman to show us enough of his dynamic abilities and considerable potential. Miller simply may not be able to hold off the Foreman breakout if the 2017 third round pick actually stays healthy.

David Montgomery, Bears: He will have to beat out Mike Davis for the lead runner role in the preseason. But if Montgomery can win the job outright, he is a very intriguing combination of power and elusiveness. I think he’s more of a risky pick than most other Fantasy analysts because I like Davis, too, but I have to put Montgomery on this list because he has a legitimate chance to start.

Miles Sanders, Eagles: Another rookie on the list, Sanders will have to compete with Jordan Howard in the preseason, but he is a prettier runner and a better pass-catcher. Doug Pederson does not like to stick with one RB, which caps Sanders’ upside a bit, but he does a great job of making tacklers miss and could head for stardom if he gets a consistently significant workload.

Alexander Mattison, Vikings: This rookie is the deepest stab on this list, but we have to include him in a season where there are just some notable and numerous opportunities for first-year RBs. The Vikings knew they needed better depth behind Dalvin Cook. Enter Mattison in the third round of the NFL Draft this season. He is a power runner who can finish off many scoring drives for a quality offense if Cook misses significant time again this season.

Did you enjoy Scott’s take on 2019 Fantasy Football Breakouts? Get more of The King with his full archive.