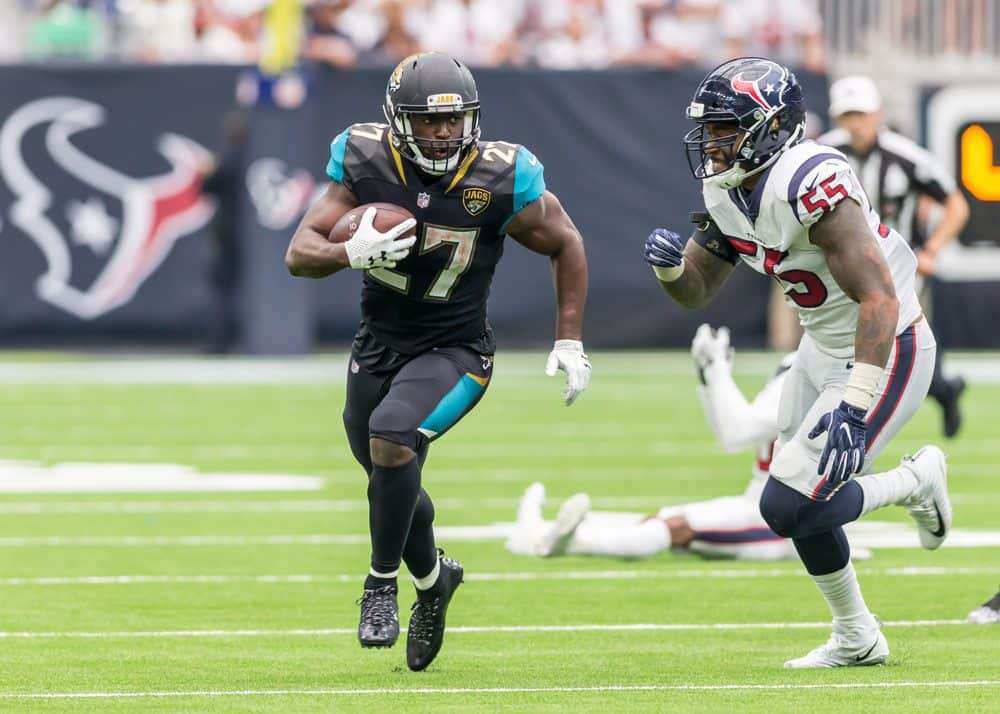 Well, Week 1 went off without a hitch. If you want an adjective, use “predictable,” because Sunday pretty much went according to plan.

Tom Savage? Pfft, more like Tom Tame. Oh, the Browns, Bears, and Jets also lost, not that anyone expected that. This really is like watching a three-hour movie, only to find out it was all just a dream in the end. Anywho, as mundane as Week 1 might have been, there are some BIG fantasy storylines to chew on. Some, you probably saw coming. Others, well, let’s just say you never know who’s going to suck, and who’s going to be great on any given Sunday.

It took a couple of tries, but Leonard Fournette got there in the end. His first NFL touchdown came on a crunch-crunch play on the Texans’ goal line, and 100 yards later, Fournette had himself a way too early vote for Rookie of the Year. The Jaguars’ offense was run rather smoothly actually, something we haven’t come to expect as of late. Doug Marrone mixed 21 pass plays with 39 rushing attempts, but the poise and patience Fournette showed was bliss multiplied by infinity. On an 18-yard rush (his longest of the day), Fournette patiently waited for holes to develop before bouncing to the outside on a generous angle. Better yet, it was probably more encouraging to see Marrone place a great deal of trust in Fournette on his 4th and 1 touchdown run. Backing all of this up was Chris Ivory with 42 yards of his own, and alongside a pretty intimidating defense, suddenly the Jaguars’ run game looks like a capable two-headed monster – right in time for Allen Robinson’s injury.

This spot should be reserved for Kenny Golladay, but let’s talk Nelson Agholor instead. It’s been two years coming for the Eagles’ 2015 first round pick, and after fumbling the ball early in the first quarter, Agholor made up for it with a 58-yard touchdown on a beautiful deep ball from Carson Wentz. We were promised all offseason that Agholor had reinvented himself, and while you may want to hold off from choo-chooing all aboard the hype train just yet, it was certainly encouraging to see him place the receiving responsibilities on his back while Alshon Jeffery engaged with Josh Norman. In the end, Agholor put up career highs in catches (4) and yards (86), and he even managed to move the chains on third and long on four separate occasions. For what it’s worth, Agholor is now on pace to put up his first 1,000-yard season, and with a new and improved mental outlook, the Eagles’ first rounder could very well go much earlier in fantasy drafts next year.

There was always a target conundrum in Cleveland, but this?! Kenny Britt put up a lousy 13 yards on three targets, and after transforming into such a popular late round sleeper, already we have to question just how much chemistry Britt can muster up with DeShone Kizer. Well, actually, maybe we don’t have to question it because Britt’s crucial drop over the middle on 2nd and 19 pretty much painted the ugly picture for us. Trailing 21-10, the Browns needed a big catch from Terrelle Pryor’s replacement, and since Kizer hit Britt smack bang in the bread basket, there’s really no excuse. It’s too early to do anything drastic, but if you can package Britt in a trade, press accept and don’t look back.