Staff Roundtable: Which 2020 Breakout Hitter Do You NOT Believe In? 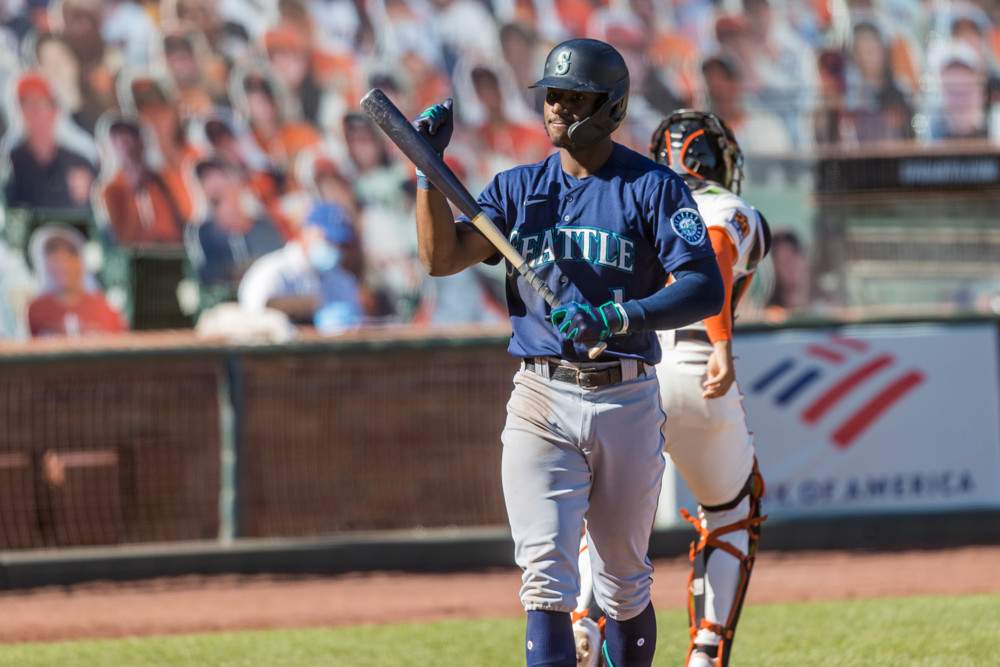 With only 60 games played in the 2020 MLB season, we witnessed a plethora of breakout performances. Now, we have to sift through them all and decide what breakouts we believe in and what ones we don’t trust. That’s what we’re going to try and do today as we discuss which breakout hitter performances we don’t believe in. If you’re a fan of Kyle Lewis or the Toronto Blue Jays, you might want to sit down.

Even when Lewis was at his best, the production didn’t add up. Lewis was posting a below-average exit velocity and hard-hit rate with a K% and whiff% that ranked among the worst in baseball. Even his expected stats weren’t that impressive with a .240 xBA, .437 xSLG, and .332 xwOBA. Now, the last two aren’t bad in general, but definitely didn’t match up to the level of production we were seeing with Lewis’ surface stats. Even with his late-season slump, the buzz is still rather high with Lewis. He was selected 100th overall in a too-early TGFBI mock I’m in and was taken 70th and 72nd overall in two others. No thanks.

Lewis’ profile hints at a .250-.260 hitter with around 25 home runs annually. That’s not a profile I’m buying into at his current price tag. If he falls to me around pick 150 or so, I’d be interested. But early 2021 ADP results indicate that will not happen.

I am skeptical of Mike Yastrzemski and his impressive 2020 season. Baby Yaz was a top-40 hitter according to our Player Rater and ranked even higher according to both Razzball and Roster Resource. I do not see him keeping up that prolific a pace next season. His expected stats via Statcast were all significantly lower than his actual 2020 production. Yastrzemski’s .297 batting average was good for 40th among qualified hitters and was his primary contribution to fantasy teams. But his .255 xBA ranked 111th. That 42 point difference was the 15th largest difference among all qualifiers. That signals that regression may be in store for Yastrzemski in 2021.

Regression is even more probable given that 11 percent of his plate appearances this season took place at Coors Field. That number would be down around five or six percent in a typical 162-game season. Also, Yastrzemski is already 30 years old. It is not as if we are talking about a young prospect who we expect to exhibit continued improvement in the imminent future. Yastrzemski has a solid floor if he remains at the top of the Giants lineup, but fantasy managers who are expecting him to reach another gear are going to be disappointed. Even a repeat as a top-20 fantasy outfielder seems unlikely all things considered.

The breakout hitter I do not trust moving forward is the possible American League Rookie of the Year. That player is Kyle Lewis. Lewis finished the year with a .262/.364/.437 slash line and 11 home runs and five stolen bases. It was a solid year for the former first-round pick, who faded down prospect lists over time as he failed to impress. Lewis was called up at the end of 2019 and hit six home runs over 75 plate appearances, generating some excitement. It did not make much of a difference in Fantasy drafts though, as Lewis still had an ADP 432. He rewarded owners who drafted him quite well as he finished as the 41st best hitter in standard 5×5 leagues. 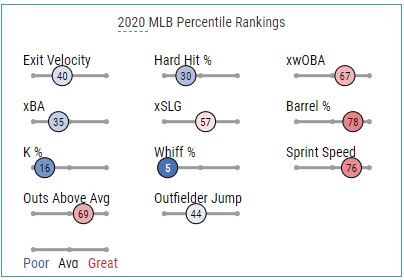 It was a tale of two halves for Kyle Lewis, who came out of the gate scorching hot. Through August 23, Lewis slashed .368/.456/.585 with seven home runs and two stolen bases. It is a good thing that Lewis started the year so hot because his final 29 games were not great. His slash line over that time period was .150/.265/.280 with a 36.8 percent strikeout rate.

Currently in the #2EarlyMocks put on by Justin Mason, Kyle Lewis’s ADP sits right at 100. I have a hard time buying at that cost after just one hot month. Additionally, Lewis posted a low hard-hit rate throughout the season and low exit velocity on line drives and fly balls. With the high strikeout rate and the lack of hard-hit balls, I have a hard time buying Kyle Lewis moving forward. The Mariners outfield could become crowded fast with the likes of Julio Rodriguez, Jarred Kelenic, Taylor Trammell, and Jake Fraley on the high horizon. If Lewis wants to keep his spot, there will have to be more consistency moving forward. Due to the price, I am out on Kyle Lewis for 2021.

Difficult question here, but I settled on Randal Grichuk as a hitter breakout we don’t believe in. Although Grichuk may not typically fall into the breakout category, I’ll define a breakout hitter as a player that performed above expectations in 2020. Grichuk finished with 12 home runs, 38 runs, 35 RBI, and one steal while slashing .273/.312/.481. Through 231 plate appearances, Grichuk nearly notched career highs in batting average and OBP. From 2016-2019, Grichuk slashed .238/.288/.476.

When comparing Grichuk’s expected stats, it varies based on the season, but relatively descriptive of that particular season. In 2020, Grichuk’s .270 xBA and .469 xSLG both ranked in the top 30% of the league. Meanwhile, his .320 xwOBA ranked in the 54th percentile. According to Fangraphs, Grichuk finished with a 112 wRC+ that ranked 49th amongst outfielders. However, in terms of Fantrax scoring, Grichuk ranked as the 22nd best outfielder. Moving forward in 2021, I don’t believe Grichuk rates even as a top-30 outfielder, but more of a 25-30 homerun hitter with a lower batting average.

First, let me preface this by saying I do not enjoy these types of discussions. I am a natural-born optimist, so I like to see the positive in situations. With that said, if there was a hitter breakout that I don’t buy, I will go Teoscar Hernandez of the Toronto Blue Jays. 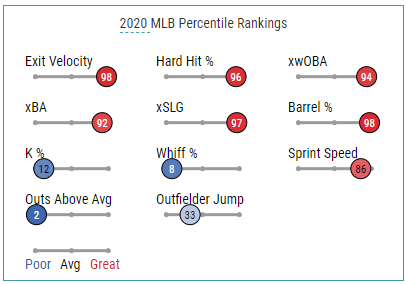 Wow. Well, that looks like a bad idea to doubt that profile. It very well may be, but I am not fully on board the Teoscar Train just yet. For starters, we already knew Hernandez could hit the ball hard, he has done it his entire career. Maybe not 99th percentile across the board hard, but he’s always had pop.

The issue is Hernandez strikes out often and has a lot of swing and miss to his game. Even with a reduced strikeout rate in 2020, Hernandez still sat at 30.4% on the year, which is well below average. Factor in an ugly 15.7% swinging-strike rate and you have a bad swing and miss profile. I don’t believe there is any way we see him hit .289 across an entire season, and he will be much closer to his career .245 average.

Another weird statistic is the fact that Hernandez swung at the most pitches he ever has out of the zone (O-Swing%), and had a career-low Z-Swing% (in zone swing). Normally it should be the other way around for a breakout hitter. I believe if you want to buy Hernandez for his power that is fine but don’t expect his average to be anywhere near what we saw in 2020.