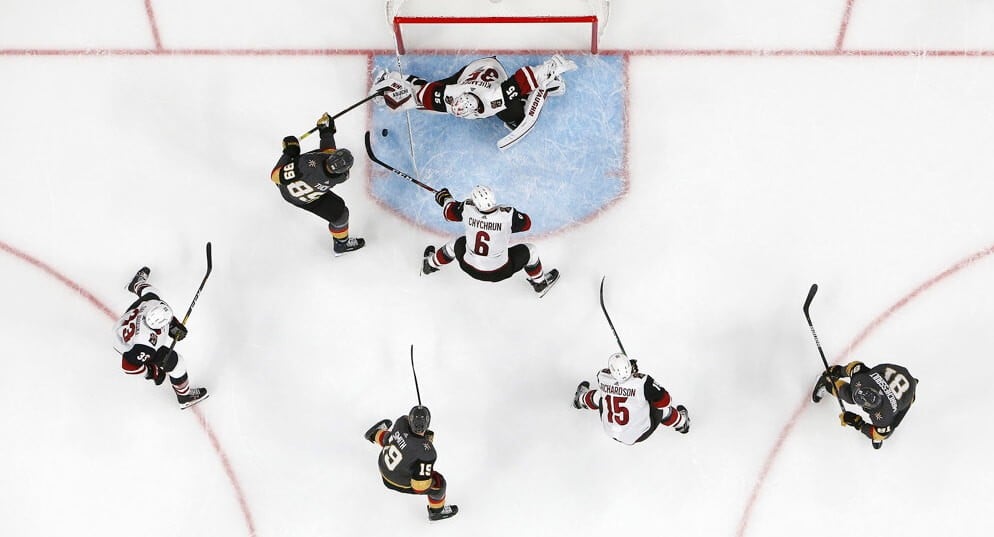 Martin Frk scored a goal late in the 3rd period late on the night of March 11 to carry the irrelevant LA Kings against the equally irrelevant Ottawa Senators.  The man without a vowel in his surname ended a fantasy season without a conclusion.  I have taken a couple of weeks off from my podcast  “Fantasy Hockey Life” in order to consider what content would be most useful for fantasy owners now.  I have concluded it will be best to start to think about this as fantasy offseason until 2020-2021.  First, though, we need to decide what to do with 2019-2020.

Wrapping up this fantasy hockey season

We made it into week 23. There were 5 days of week 23, full weeks 24 and 25, and a 6-day week 26 remaining.  It is unlikely anyone made it all the way through a season-long head to head schedule.  In my leagues, one league was in the quarterfinals and three were in the semifinals.  All are head-to-head format.

I have opinions on the NHL’s dilemma.  I am no health professional, but my partner is on the front lines of health care.  Hospitals are currently preparing for months of the worst-case scenario.  It seems unlikely the NHL would rush a return.  The regular season would be first on the chopping block.  The positive tests of players in Ottawa are likely to be the first of many.  A vaccine seems unlikely to be available soon enough for the league to want to squeeze in multiple weeks of a regular season. That leaves us navigating a schedule where teams deal with the implications of an infected player.

Without a vaccine, it is unlikely all the players on both teams of an NHL matchup would be guaranteed virus-free simultaneously, at least not soon.  The league could test all the players before each game and try to put the players in a bubble, but no bubble is perfect. What happens when a healthy-feeling Sidney Crosby pops a positive test and is out of action for a 14-day self-quarantine despite these efforts?  What happens to a Penguins squad that was practicing with him?  Even if the NHL finds a way to play out their big-money event, the Stanley Cup Playoffs, the league is incentivized to push out play as late as possible.

So will there be more regular season?

In the unlikely event the league comes back for a couple of regular-season games as a tune-up for the playoffs, teams eliminated from the playoffs have no incentive to risk injury to the best players by ramping them back up. It is worse than the traditional slowdown the last week of a regular season because players on eliminated teams would essentially be coming back from months of inaction for a couple of games. Top seeds would be served by treating such games as a preseason.  This environment is not a fair stretch to schedule a matchup to decide a championship.

You are not getting your playoff schedule back.  Here are four types of options:

End things now and refund  In many leagues people may view this as the default.  The season cannot be played out according to the rules so it does not count.  In leagues where no consensus can be reached to crown a champion in a way not set out in the rules, this may well be how things will end.

Crown a champ based on March 11  This is particularly suited to rotisserie leagues where the only difference between ending on March 11 or April 4 is the number of games played.  In a head-to-head league, final standings could be determined by regular-season standings.  The drawback here is teams that made a big deadline deal or geared up for players with playoff schedules lose out on those investments.  Dynasty players might especially complain over this if they traded top prospects for win-now players or expiring contracts.

Split the championship between remaining playoff teams This solution might irritate top teams who have to share winnings with low seeds. It is difficult, however, for eliminated teams to argue they ought to get their investment back if mathematically eliminated.  Winning something is better than winning nothing for teams that performed well for 22 weeks.

Create some novel way to crown a champion  This could go in a lot of creative directions.  You could allow your playoff teams to play some kind of Stanley Cup Playoff pool.  This is the equivalent of the shootout in an NHL game.  A winner gets decided by something other than a hockey game, but at least it is a hockey-adjacent way to settle a contest where we want a winner.

The first hurdle to overcome is how league-mates can come to a consensus on wrapping up the season.  In many leagues, owners may find a compromise.  In others, teams who feel the resolution of the season does not favor them could hold up an agreement.  Your league may not be able to come to agreement.  Now is a good time to put in a plug for a constitution and/or empowering a trustworthy commissioner who will make a fair decision with owner input.

I do not like team voting to veto trades.  Often, teams just vote for their self-interest, trying to stop good teams from getting better.  Likewise, voting on how to end the season will create winners and losers.  Many owners will vote their team interests.  Others may try to take a “big picture” approach.

My own favorite option is an even split between the remaining teams.  Reward the surviving playoff teams.  Do not credit the teams who were out of it and already lost their money.  Your own results may vary.  The most important thing is not to unnecessarily ruin a league over a conflict like this.  Fantasy hockey is supposed to be fun.  Tough situations sometimes bring out the worst in people. Like in so many aspects of life right now, however, the best outcome is to get through a bad situation the best we can.

Does your league have an interesting way to decide a champion this season?  Let us know in the comments below.

Fantrax was one of the fastest-growing fantasy sites of 2019 and things are just starting to heat up! With multi-team trades, designated commissioner/league managers, and drag/drop easy click methods, Fantrax is sure to excite the serious fantasy sports fan – sign up now for a free year at Fantrax.com.