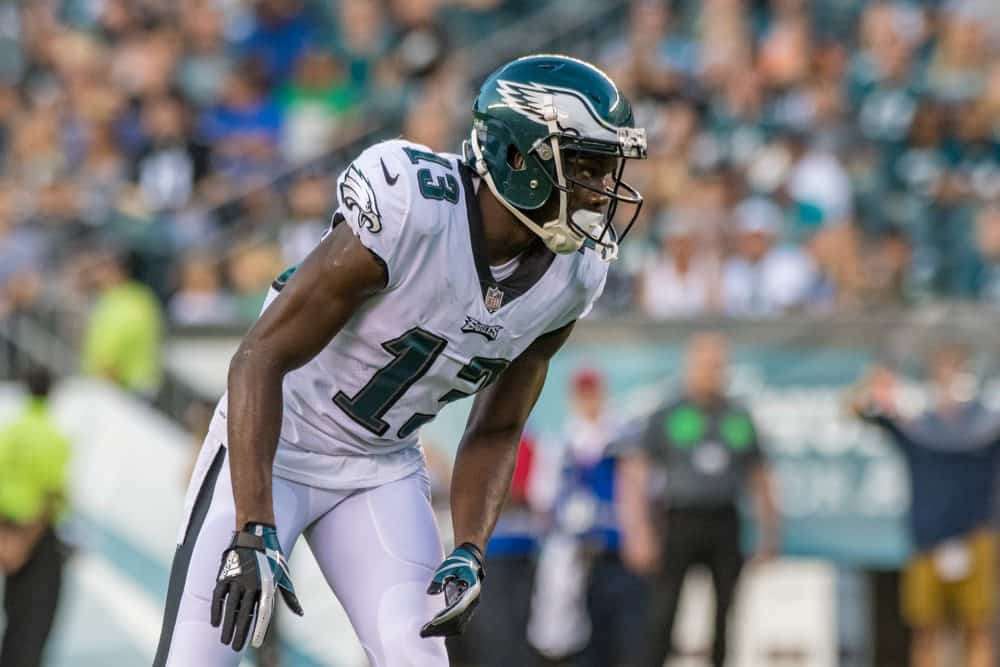 Welcome to the this week’s edition of the Weekly Waiver Targets, where I offer up some of the top waiver wire suggestions for you each and every week. Whether the goal is to improve your team for the upcoming week, or more to stash for the future, start your research here and bid accordingly.

My top waiver wire target at quarterback this week is Trevor Siemian of the Denver Broncos. Siemian, who is currently owned in 26% of Fantrax leagues, had a great start to the season on Monday night against the Chargers. He threw for 219 yards and two touchdowns and added an additional 19 yards and touchdown on the ground. He finished Week 1 fourth in fantasy scoring among quarterbacks, which is very encouraging for his outlook going forward.

Other quarterbacks to target:

[the_ad id=”384″]After the loss of David Johnson, who suffered a dislocated wrist, the next man up for the Arizona Cardinals is Kerwynn Williams. The Cardinals’ running backs didn’t have a great game against the Detroit Lions, but Arizona should bounce back next week against the Colts. Williams is set to assume the lead back duties, though this figures to be a timeshare in what now looks to be a bad offense. Andre Ellington is in line to handle more of the receiving work and actually out-snapped Williams 20 to 9 on Sunday. Plus, reports are that the Cardinals are looking to re-sign Chris Johnson, which would muddy the waters even more.  Williams is currently owned in 19% of Fantrax leagues and should be a popular waiver wire target this week, but keep your expectations in check.

Other running backs to Target:

Last week I missed on my waiver wire targets at wide receiver. This week, however, I have some strong candidates for you to consider. My top pick for the week is the Eagles’ Nelson Agholor, who is currently owned in 23% of Fantrax leagues. Agholor collected six receptions for 86 yards and a touchdown in Week 1 against Washington. The chemistry between Agholor and Carson Wentz was hard to ignore. He may have a tough game ahead of him in Kansas City, but he is a must own in all formats.

Other wide receivers to target:

Tight end is a hard position to predict, but this week I have a couple gems. My top waiver wire pick for this week is Jesse James, the starting tight end for the Pittsburgh Steelers. James is currently owned in 32% of Fantrax leagues, and after last week’s performance, he will likely be one of the top waiver wire grabs of the week. He had a great game against Cleveland, finishing the game with six receptions for 41 yards, and two touchdowns. He will look to continue his momentum next week against the Vikings.

Other tight ends to target:

My top streaming defense for the week is the Oakland Raiders, who are playing against the New York Jets. The Jets are designed to lose as many games as possible this season. The Raiders are owned in 29% of Fantrax leagues but can be streamed with confidence in Week 2.

Thank you for reading the first installment of the Weekly Waiver Wire. Check back next Tuesday for all your waiver wire research. Check me out on Twitter, too: @HaehnelJames