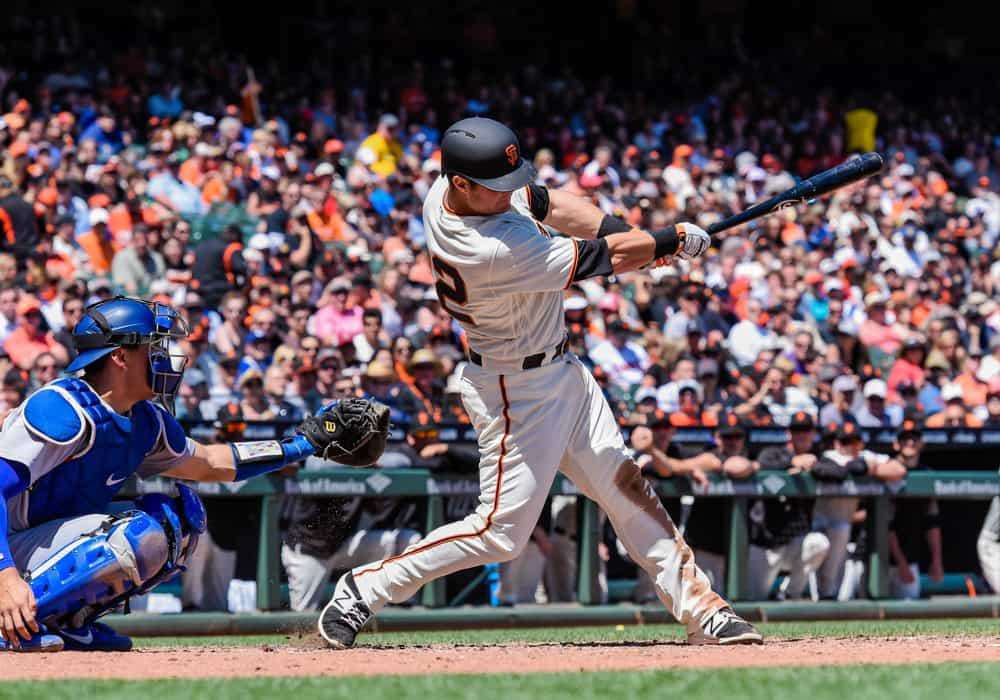 All levels of the Minor Leagues have officially closed the books on their respected seasons. Prospects have worked hard to improve their stocks, develop their tools, and some even made a case for a Major League debut. With the MLB playoffs right around the corner and rosters expanding, many prospects are being given their cup of coffee. The San Francisco Giants are no longer in the playoff hunt but still have plenty to be excited about when looking at their farm system.

The Samford product quickly made a name for himself after being drafted last year. He led his league in slugging and OPS in his first professional season. He didn’t quite carry that success into his first full professional season at High-A San Jose. Quinn’s season was a tale of two halves. Over the first two months of the season, he batted .287 with eight homers and 13 RBI. From the beginning of July to the end of the season, he batted just .180 and homered two more times. Quinn uncharacteristically walked just 20 times this season compared to 86 strikeouts. The 22-year-old has some decent tools but has plenty of work to do before making his way up the ladder.

Fabian has been with the Giants organization since he was 16 years old. Now 19, he’s starting to put his tools together and develop into a solid prospect. As far as hitting goes, Fabian has a great combination of hard contact and power. He’s still growing into his frame, so more power should be on the way. Fabian put together a solid campaign, batting .277 with 11 homers and 61 RBI. He showed great ability to drive the ball into the gap, collecting 30 doubles as well. It’s still early, but Fabian looks like he’s on his way to becoming one of the most complete hitters in the Giants’ system.

2017 has been somewhat of a sigh of relief for Garcia. After three disappointing seasons, one of which included fracturing bones in his face, Garcia has started to put it together. After 81 games at High-A San Jose, Garcia earned a promotion to Double-A Richmond. At San Jose, he hit 17 homers and knocked in 65 runs while maintaining a solid .272 average. His power numbers fell off a bit since being promoted, but he did post a nice .282 BA in 22 games. As a catcher, Garcia is stuck behind Buster Posey, but he’s shown he can play first, as well, which should help his chances of moving up.

[the_ad_group id=”2221″]Duggar has made huge strides since being drafted in 2015. He doesn’t have a single standout skill, but all of his tools fit together nicely. He made adjustments to his approach, which has helped in both his power and walk outputs. He’s also worked on translating his plus-plus speed into more success when stealing bases. Duggar missed a lot of time this season with injuries but showed enough to finish the season at Triple-A. In 13 games with Sacramento, he batted .261 with two homers and six RBI.

Slater’s success seemingly came out of nowhere after the Giants drafted him in the eighth round in 2014. Since becoming a pro, his power numbers jumped off the page, improving drastically over his college days. It groups nicely with the rest of his tools, making him one of the most well-rounded prospects in the system. He batted .321 in 50 games at Triple-A and earned a call-up to the Majors at the start of June. Slater had a great cup of coffee with the Giants and was added back to the roster when rosters expanded earlier this month. In 34 games he’s batting .282 with three homers and 16 RBI. With the Giants not playing for anything, Slater should get plenty of at-bats down the stretch.

Few players in the Giants’ system had a better year than the switch-hitting Reynolds. Coming off an impressive professional debut last year, Reynolds continued to impress at the High-A level. In 121 games, Reynolds never missed a beat, batting .312 with ten homers and 63 RBI. He also used his speed to his advantage, collecting 26 doubles and nine triples while stealing five bags. Reynolds has already made adjustments in his year and a half as a professional, and it’s translated into success. If he continues to do so, he could find himself on the fast-track to the Majors.

Scouts consider Ramos to have the highest ceiling of anyone in the Giants’ system, and with good reason. The Giants’ first-round pick in this year’s Draft put on a show after being assigned to the Rookie League Giants. In 35 games, he batted .348 with six homers and 27 RBI. He showed off all of his tools, legging out six triples and stealing ten bases with his above-average speed. His speed, coupled with his above-average power, makes him a potential future five-tool player if everything develops the way it should. Expect to see Ramos break MLB’s Top 100 Prospects list sooner rather than later.

It’s been a bumpy road for Beede, but glimpses of excellence have been encouraging for the Giants. In his three years as a pro, Beede has successfully cut back on his walks, something that hindered him in college. Before landing on the DL toward the end of the year, Beede was putting together a mediocre 2017 season. His velocity was up, with his fastball sitting in the mid-90s for much of the year. Beede finished the season on the DL but expects to make up for lost time in the Arizona Fall League this fall.

The former first-round pick played the first quarter of the season at Double-A before being sent to Triple-A Sacramento. Across both levels, Shaw showed off his ability to make hard, consistent contact from the left side of the plate. His average hovered right around .300 all year. Since being promoted to Triple-A, Shaw saw his power numbers make a huge jump. He knocked 18 balls out of the park in 88 games, compared to six in 37 games at Double-A. While his power numbers spiked, his plate discipline dipped. His 18:26 BB:K at Double-A went by the wayside after posting a 20:106 mark at Triple-A. He’ll need to work on his discipline at the higher levels if he wants a shot at the Majors, but an impressive 2017 has him on the right track.

Arroyo made it very clear over the first three weeks of the season that he was ready for the Majors. In 17 games at Triple-A, he batted .439 with three homers and 12 RBI, practically forcing his way onto the Giants’ roster. He didn’t have the same success at the Major League level, though, batting below .200 despite maintaining consistent playing time. Arroyo looked to be getting back on the right track after being sent back to Triple-A until he broke his left hand. 2017 didn’t end the way Arroyo and the Giants had hoped, but it was made clear that they have faith in the 22-year-old, and he should be in the running for a starting job come spring training.